China threatened war with U.S. to avert war with Pakistan 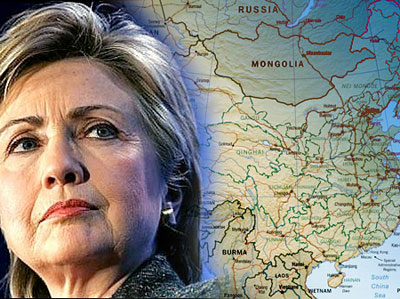 ISLAMABAD, 19 MAY: In the wake of the US raid in Abbottabad that killed Osama bin Laden, China has “warned in unequivocal terms that any attack on Pakistan would be construed as an attack on China”, a media report claimed today.

The warning was formally conveyed by the Chinese foreign minister at last week's China-US strategic dialogue and economic talks in Washington, The News daily quoted diplomatic sources as saying. China also advised the USA to “respect Pakistan's sovereignty and solidarity”, the report said.

Chinese Premier Mr Wen Jiabao informed his Pakistani counterpart Mr Yousuf Raza Gilani about the matters taken up with the US during their formal talks at the Great Hall of the People yesterday. The report said China “warned in unequivocal terms that any attack on Pakistan would be construed as an attack on China”. The two premiers held a 45-minute one-on-one meeting before beginning talks with their delegations.

The Chinese leadership was “extremely forthcoming in assuring its unprecedented support to Pakistan for its national cause and security” and discussed all subjects of mutual interest with Mr Gilani, the report said. Mr Gilani described Pakistan-China relations and friendship as “unique”. Talking to Pakistani journalists accompanying him, he said that China had acknowledged his country's contribution and sacrifices in the war against terrorism and supported its cause at the international level. “China supported Pakistan's cause on its own accord,” Mr Gilani said with reference to the Sino-US strategic dialogue where the Chinese told the US that Pakistan should be helped and its national honour respected. Mr Gilani said China had asked the US to improve its relations with Pakistan, keeping in view the present scenario.

Pakistan reiterated its position on the one-China policy and said it fully supported China on the issues of Taiwan and Tibet, he said. He said both sides will continue their consultations on UN reforms. It was also agreed that both countries will formulate a long-term joint energy mechanism for electricity generation in Pakistan through various means, including nuclear energy.

Mr Wen announced that the Chinese leadership will send a special envoy to Islamabad to express solidarity with Pakistan at this “crucial period in its history”. The envoy, a senior minister, will take part in celebrations marking the 60th anniversary of diplomatic ties between the two countries.

The USA has stepped up pressure on Pakistan to crack down on terrorist sanctuaries and to probe whether military and intelligence officials were aware that bin Laden had been hiding in the garrison city of Abbottabad, which is home to thousands of soldiers.

Pakistan has turned to China, its “all weather friend”, for support in the face of reports that US lawmakers are pressing for cuts in aid. China has agreed to provide Pakistan 50 new JF-17 Thunder multi-role jets under a co-production agreement, The News reported. It is likely that these planes will be supplied by June next year.

The two countries are also discussing the supply of Chinese J-20 stealth jets and Xiaolong/FC-1 multi-purpose light fighter aircraft to Pakistan. They are discussing the mode of payment and the number of planes to be provided to Pakistan, the report said. China will also launch a satellite for Pakistan on 14 August.

The satellite will supply “multifarious data” to Pakistan, the report said. Mr Gilani said both sides had agreed to increase defence cooperation and China had assured Pakistan of help in enhancing the capacity of its armed forces.

He said Pakistan's trade with China had registered a significant increase in the last two years and efforts were being made to raise it to US$ 15 billion a year.

Mr Gilani said Pakistan has the capability and capacity to defend its frontiers and the armed forces are fully vigilant, and no incident like the US raid against bin Laden will happen in future. He said Pakistan will continue its efforts to stop US drone attacks, which have proved to be counter-productive.