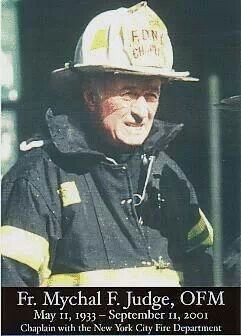 After viewing the documentary Saint of 9/11, I had one of those something is bothering me moments. On August 11th Mychal gave away his possessions to a good friend implying...he was leaving this earth. How did he know? This first image is from the film showing him outside the WTC. I think he shows serious worry in his face. He is also wearing his helmet. He died of blunt force trauma to the head. He doesn't appear to show any while being carried out in the famous photograph. The Pope looks quite moved upon receiving the helmet which is not the same one. Mychal heard the entreaties of the families of the victims of TWA 800. We must remember the Vatican is a country with a host on intelligence capabilities. Did he know about 9/11 in advance? 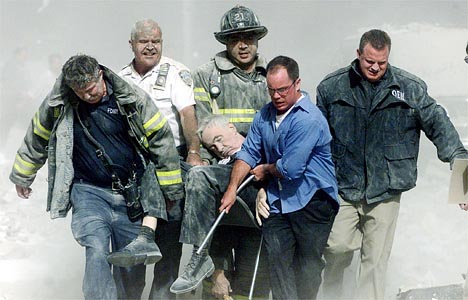 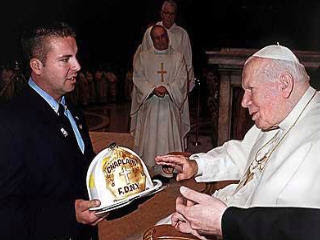 Father Mychal Judge, the New York City Fire Department chaplain, stands at the shore before a service where candles were lit for the victims of TWA Flight 800, July 17, 2000, at Smith Point Park in Shirley, N.Y.