DEATH OF A PRINCESS: The Case for a Case against Mohamed Al Fayad

DEATH OF A PRINCESS: The Case for a Case against Mohamed Al Fayad

In history there are many dates that live in infamy. Some are known in the lexicon of a generation or two; some become timeless and stand firm through eternity.

Today's generation may not care about the relief of Mafeking, the sinking of the Maine, the 1929 stock market crash, the flight of The Spirit of St. Louis, VE Day, VJ Day, or maybe even D Day; but others have endured being eroded by the passing of time.

The sinking of the Titanic, Armistice Day, Pearl Harbour, the moon landing are a few that endure the passage of time. In my lifetime there will always be the assassination of JFK, the death of Princess Diana, and of course September 11 th.

The supreme test of these events is the question of whether you remember where you were when these events occurred. In the last three, there is no doubt. The Earth stood still on all three of these dark days. The whole planet was riveted to any media available to gain the slightest insight into the raison d'être.

Over time many questions were left unanswered. Citizens became sleuths to make up for the lacklustre performance of governments and the media. People dared breathe the word CONSPIRACY! Many of the witnesses succumbed to premature deaths under suspicious circumstances. Yet if the infamous three have any bearing in time, they scream to an ignorant world, "We're all interconnected."

Yes there is a common thread between all three events that intersect along the lifeline of a single individual. That man is Mohamed al Fayad.

Of course you have never been made aware of these facts by mainstream media. You never will. It is a given that Mr. Al Fayad is connected to the death of a Princess named Diana because his son was 'dating' her.

Like my favourite detective, Columbo, there are things that bother me in relatively open and shut cases. I also try not to let preconceived notions dictate my appreciation of evidence. Evidence is like a compass leading you in a certain direction. That is why it is so often manipulated and destroyed. The true perpetrator of a crime can escape detection by evading suspicion entirely or diverting it onto someone else.

With respect to Mohamed Al Fayad, something is bothering me. He has a connection to major parties in the other two events. One man has direct connections to the three most influential events of recent history - events that have led to the deaths of several of the world's most famous people and started the false flag war on terror.

The 'official' assassin of President Kennedy was determined to be one Lee Harvey Oswald according to the Warren Commission. Lee Harvey Oswald had a friend and mentor. He was one George de Mohrenschildt a man with reputed connections to the intelligence services of various countries both allied and hostile to the United States. He died in a suicide in 1977 before a repeat engagement with the Warren Commission. He was business partners with Mohamed Al Fayad. In the early 1960's Mr. Al Fayad was courting the daughter of President for life Papa Doc Duvalier of Haiti. He was made responsible for the administration of Haiti's ports and was Haiti's official shipping agent. George de Mohrenschildt was his in country business partner. There were allegations of serious diversions of funds to Mr. Al Fayad's personal accounts. He was revered in Haiti as the man who cheated the cheaters.

Mr. Al Fayad was a man who knew the value of connections especially those acquired through the strategic union with the right woman. Prior to his Haitian adventure, Mr. Al Fayad was married to Samira Khashoggi. Her brother Adnan was and probably been the most famous arms dealer the world has ever known. When nations can't openly support governments and movements involved in what has been termed the great game, they call on the merchants of death. Of course it goes without saying that these individuals are either employed by or are under the control of the intelligence agencies. Algerian rebels are supposed to be indebted to this part of Mr. Al Fayad's life.

Another individual who will live in infamy is one Mohamed Atta the alleged leader of the September 11th terrorists. Would you believe Mr. Al Fayad had a direct link to the Atta family too? Now that really bothers me. Alarm bells are going off. Mr. Al Fayad represented Mr. Atta's grandfather el-Amir Atta in 1964. That doesn't come as a complete surprise since his funding activities have included Hamas, Al Qaeda, and the Al-Aksa Martyrs Brigade. French and Portuguese Intelligence services are reportedly looking into his selling Uranium 235 to our latest enemy IRAN!

In many parts of the world guilt by association is a relevant judicial instrument. I wonder why our security apparatus is unable to connect these associations. I wonder why the assets of Mr. Al Fayad are not seized for supporting terrorism. I wonder how many dots it takes to make a causal link to the crimes of the their respective century.

Of course then there is the matter of that Princess named Diana. According to bodyguards, Dodi Al Fayad was forced into 'courting' Diana by a controlling and manipulative father. Refusal was not an option. Mr. Al Fayad is adamant that his son and the Princess were murdered by the intelligence services of Her Majesty. He should know. He has been affiliated with them long enough.

The beacon of information that illuminates Mr. Al Fayad as a suspect in the death of the Princess and her escort came to me recently. The chief of Mr. Al Fayad's personal security apparatus is former Scotland Yard Chief Superintendent John MacNamara. Turned down from promotion to Commander, he left the police service in disgust after 26 years of service. He was very bitter alleging that his advancement was blocked because he wasn't a MASON!

British media have implicated him in a plethora of internal plots where Mr. Al Fayad's Harrods Empire required elimination of various characters with extra judicial use of the police. Mr. MacNamara earned the moniker Mac the Knife.

Harrods had a string of police and journalists who were at Mr. Al Fayad's disposition through generous shopping privileges allowed the faithful. Mr. MacNamara broke the cardinal rule in the personal protection industry. He talked to the media revealing the whereabouts of Dodi and the Princess. Loose lips like that could get someone killed. Like a well orchestrated script the media was led to the bait to provide cover and controlled information. That really bothers me. As a security professional, that is unforgiveable unless of course Mr. Al Fayad wished their whereabouts to be known from time to time like on August 31 st 1997.

No one would suspect Papa Fayad the grieving father, but with the track record he has in funding terrorists, providing arms, and lurking in the shadows of 911 and the JFK assassination, I adjust the heading on my compass.

Could there have been a deeper, broader motive? Was the theory the royals killed their own true? Perhaps. There could be no better plot than to have a prearranged fall guy just in case the black ops became white. Dodi did buy a Ferrari dealership in Surrey that was two million pounds in debt. Daddy may not have been happy. Worse yet the Princess said she had a surprise for the media prior to her untimely death. We assume it related to her past life in the royal family. Perhaps Dodi talked. What if he revealed his family secrets to a naive Princess who thought she was untouchable? What if the secret pertained to the great mystery of the 20 th century and the planning for the great mystery of the 21st? I think both would become expendable assets. Dodi and Diana did make three trips to Pakistan prior to their deaths.

Mr. Al Fayad is also suspected of being a member of The Pinay Circle (Le Cercle) a shadowy private intelligence network established by Antoine Pinay France's 1951 Premier. Using assets from Operation Gladio (the sword), NATO's special action force, no operation was too black. With a father like that, no light could be allowed to shine in the guise of a media revelation. Lesser plots like the deaths of Aldo Moro and Olaf Palme, the fixing of elections in the western powers, the muscle to the Bilderberg Group could never be exposed. That's what really bothers me. We'll never know. 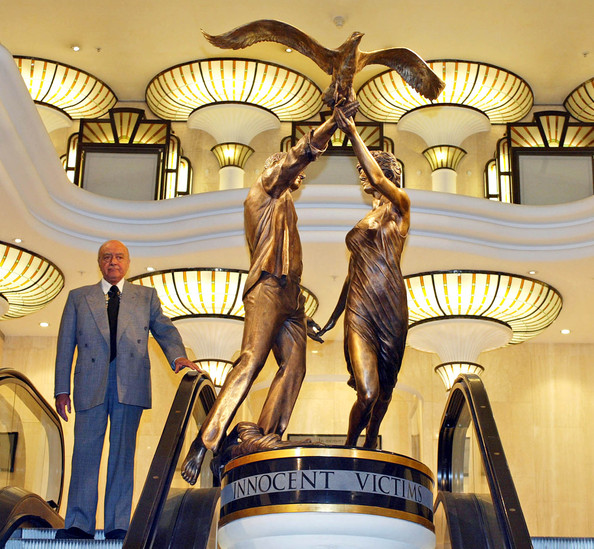