'thegeorge' took his investigator's course with Julian Fantino OPP Commissioner and Noel Catney, Chief of Peel Regional Police when they were Det. Sgt.'s in homicide. My undoing was to suggest looking inside the 'company' if required when investigating a crime. That was not a career enhancing point of view.

In the media war I set the compass based on the facts. In a crime MO (method of operation) is very pertinent. We see two crimes of different eras in the news at the same time having the same MO. There was a mass shooting at Fort Hood. There is the execution of a subject involved in another mass shooting. A common focal point is Virginia.

Dr. Hasan studied at Virginia Tech and has family still in the state. His alleged victim Dr. Caraveo had an office in Woodbridge, Virginia. The CIA has a mind control center across from Virginia Tech as we learned in the Virginia Tech massacre. The assassin, Mr. Cho, had a sister affiliated with the Defence Intelligence Agency.

The beltway sniper was put to death. His day of terror involved shooting many poor unfortunate souls. Or were they collateral damage in a post 911 world. I would hazard a guess that the intended target was Linda Franklin. She worked with the FBI and set up INFRAGUARD a government corporate network. I would suspect some of the 'corporate' knowledge between companies cost her her life. She may very well have been CIA being in Guatemala for the revolution.

She took over INFRAGUARD's setup after all the other staff got the FLU.

What if our military doctors were working with the 'company' back then? What if they were directing a blackops? Dr Caraveo was already known today for his work at Guantanamo. Dr. Hasan was a mover and shaker with the intelligence elites at the Homeland Security Policy Institute once promoted and thrice decorated.

What if the operation shut down involved the same MO as the inception - a mass casualty whereby no one would suspect that assembled among the many collateral targets are the few intended targets the 'company' has no further use for.

Check and mate in the grand chessboard of world global domination.

Linda Franklin was killed in the Beltway sniper spree outside a Falls Church Home Depot.

InfraGard is an information sharing and analysis effort serving the interests and combining the knowledge base of a wide range of members. At its most basic level, InfraGard is a partnership between the Federal Bureau of Investigation and the private sector. InfraGard is an association of businesses, academic institutions, state and local law enforcement agencies, and other participants dedicated to sharing information and intelligence to prevent hostile acts against the United States. InfraGard Chapters are geographically linked with FBI Field Office territories. Learn more about InfraGard

Victim James Martin was an analyst for NOAA the National Ocean and Atmospheric Association. There were are few storms on the horizon, but we didn't know that then. He was shot on the same day as the conviction anniversary of World Trade Center bombing ringleader Sheikh Omar Abdul Rahman. Of course a wave of anti-muslim sentiment would be part of the MO as well. 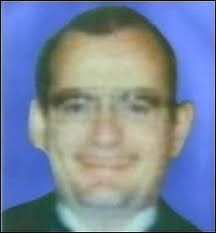 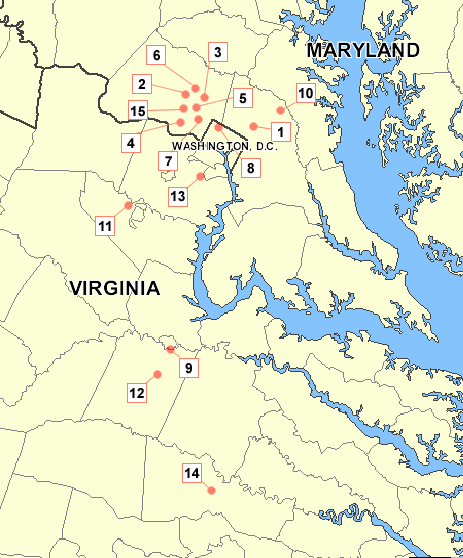