The Russians burned the Ukrainian positions with a barrage of thermobaric rockets: they entered Bakhmut - the Ukrainians abandoned their positions - 400 dead 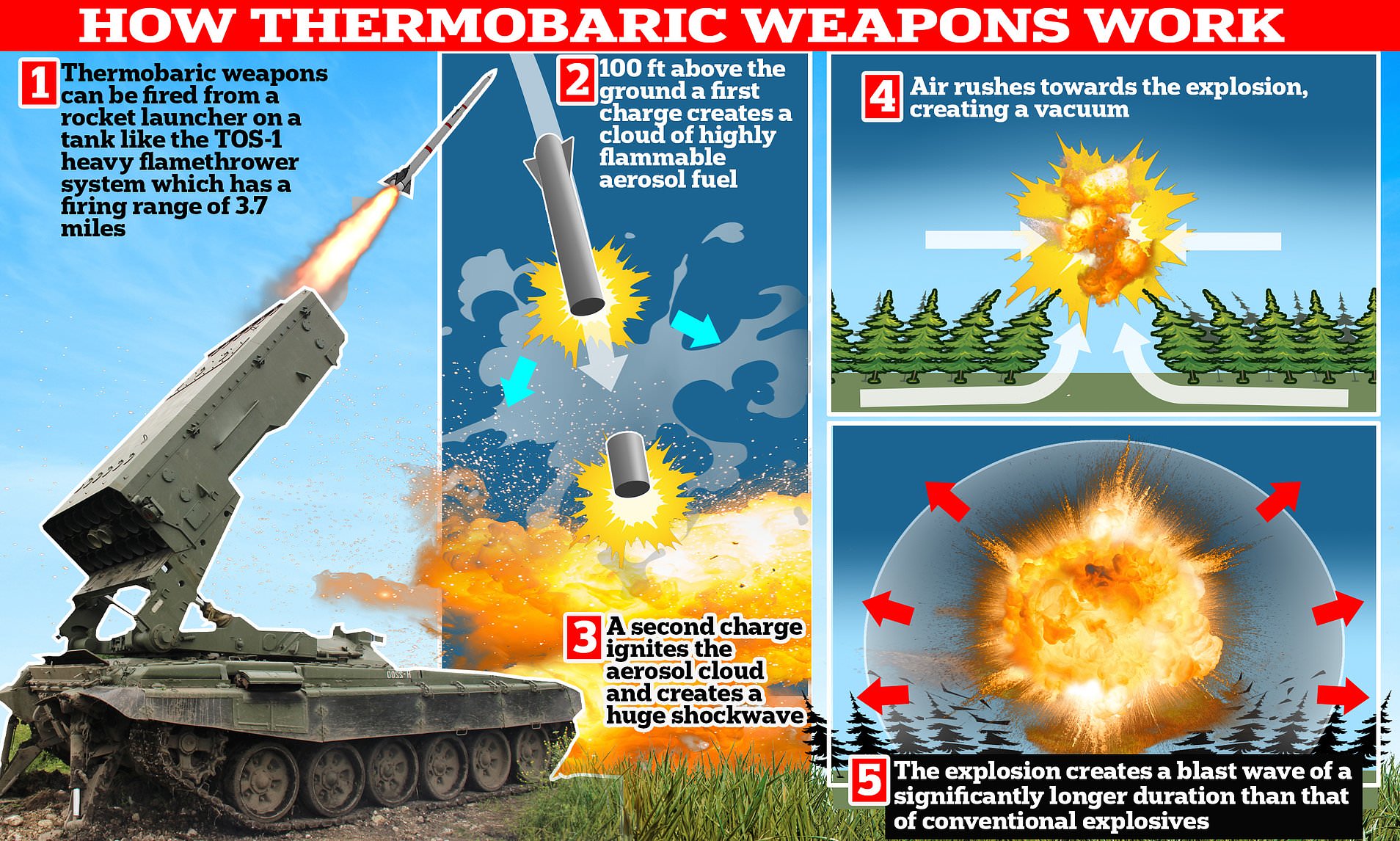 After a terrifying barrage of thermobaric rockets from TOS-1A systems Wagner PMC forces took control of the waste sorting plant located on the southern border of Fedora Maksymenka Street in Bakhmut.

With this advance, Russian troops entered the first parts of the Zabakhmutka district in Bakhmut.

The first video shows the Ukrainian Army retreating from this area yesterday due to shelling by Russian Army artillery and Donetsk allied forces.

According to Russian sources TOS-1 fired 24 shots against Ukrainian positions.

This area is also the "key" for a future attack on the city of Bakhmut.

According to information, the Ukrainian Army is moving reinforcements and all available reserves to the city of Bakhmut (Artyomovsk). Ukrainian units suffer heavy losses.

According to the Ministry of Defense of the Russian Federation, Russian forces managed to intercept Ukrainian attacks on four fronts.

-In the direction of Kupyansk, the attacks of the aviation of the Russian Aerospace Forces thwarted the attack attempts of three tactical groups of Battalions from the 14th and 92nd mechanized Brigades of the Armed Forces of Ukraine in the direction of Berestovoe, Kolesnikovka, Kharkiv region and Novoselovskoe, Luhansk People's Republic.

-In the Krasnolimansky direction, artillery fire and the actions of Russian units resulted in the interception of two attempts by tactical groups of Battalions of the Armed Forces of Ukraine. Ukrainian forces attempted to attack Russian positions in the direction of Kolomyychikha settlement, Luhansk People's Republic.

As a result of a major military engagement the Ukrainians lost more than 100 soldiers killed and wounded while two tanks and four armored fighting vehicles were destroyed.

-In the direction of Donetsk , Ukrainian forces launched counterattacks in the Kurdyumovka, Avdeevka, Staromikhaylovka and Georgievka areas of the Donetsk People's Republic. The Ukrainians tried unsuccessfully to stop the advance of Russian troops. Ukrainian attacks were halted and their forces dispersed after artillery strikes and decisive actions by Russian assault groups.

-In the direction of South Donetsk, Russian troops prevented an attack by a battalion tactical group of the Armed Forces of Ukraine in the direction of Stepnoye, Donetsk People's Republic. As a result of the artillery fire, the Ukrainian forces were driven back to their original positions.