Russian nuclear military train is seen on the move 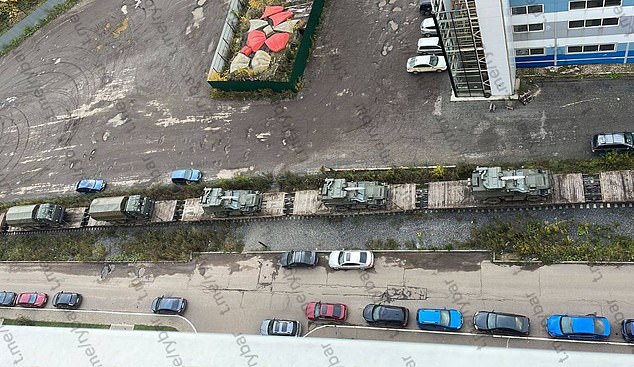 Specialist division is dedicated to storage, maintenance and provision of nukes

Military analysts claimed this could be a sign of escalation in Ukraine conflict on behalf of Moscow, or preparation for large-scale nuclear readiness tests

A huge freight train moving specialist military equipment associated with a nuclear-arms wielding division of Russia's Defence Ministry has been spotted on the move, prompting fears of an escalation in Putin's war.

A series of BPM-97 armoured personnel carriers (APCs) and other military vehicles were seen travelling through central Russia in a clip posted on the Telegram messaging app by pro-Russian channel Rybar on Sunday.

The APCs are thought to have been upgraded with more capable turrets, reinforced ambush and mine-proof armour and an air purification system designed to allow its occupants to operate effectively in the face of sustained infantry attacks.