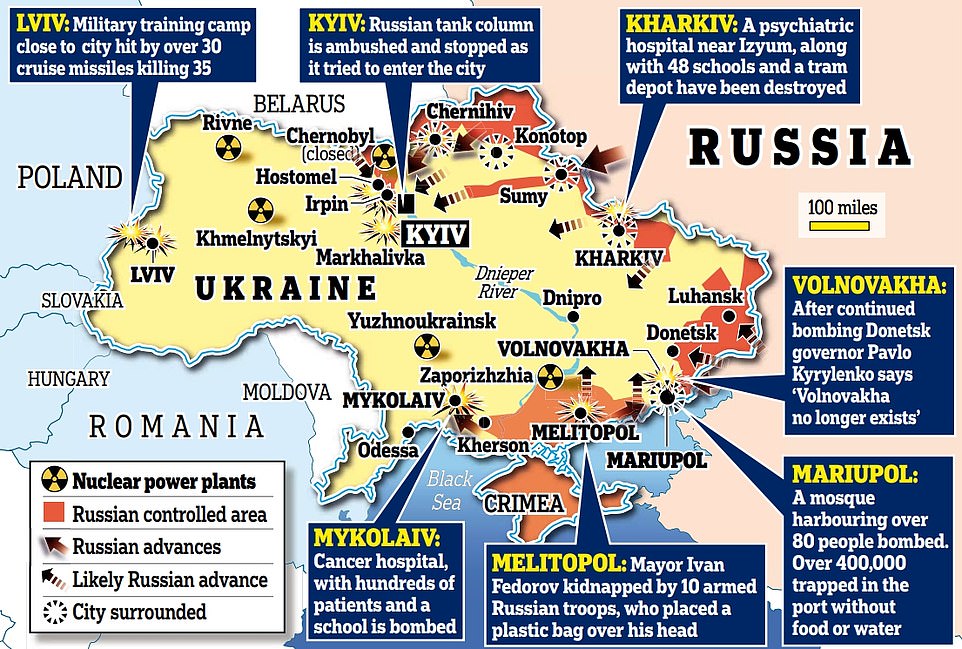 Russia has reached out to China for military supplies and aid, US says, as Putin's invasion of Ukraine stumbles

Jake Sullivan, US national security adviser, warned of 'consequences' if Beijing tries to 'bail out' Putin

Sullivan warned Russia it will face the 'full force' of NATO if a member state is attacked, after an air strike just a few miles from the Polish border struck a base housing foreign fighters and equipment 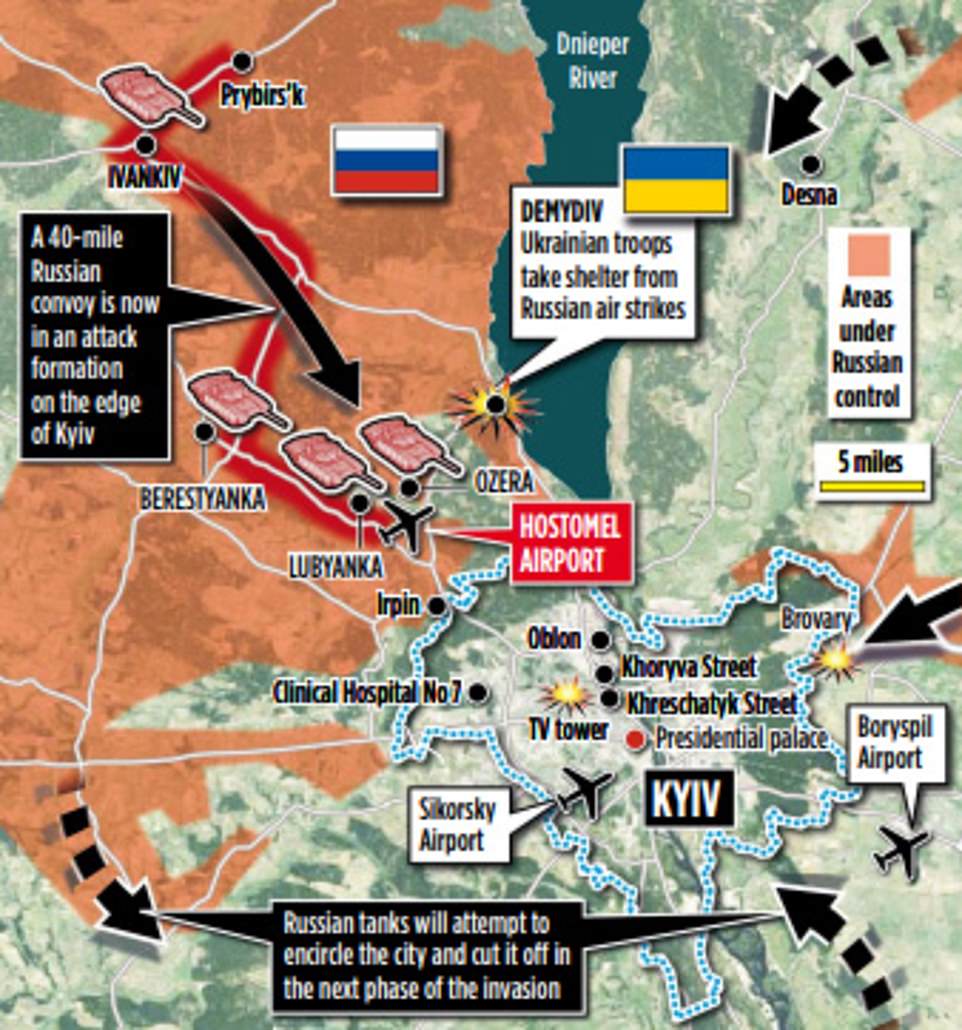 China has accused the US of spreading 'disinformation' after officials warned that Russia has reached out to Beijing for help over Vladimir Putin's faltering invasion of Ukraine.

Zhao Lijian, spokesman for Beijing's foreign ministry, said today that America is 'targeting China on the Ukraine issue with malicious intentions' after US officials said Putin's apparatchiks had requested military supplies and aid to prop up his ill-thought-out war.

Jake Sullivan, US national security adviser who is due to meet his Chinese counterparts in Rome today, had warned Beijing of 'consequences' if it tries to 'bail out' Putin - including providing economic relief for punishing sanctions imposed on the Russian economy.

'We will ensure that neither China, nor anyone else, can compensate Russia for these losses,' Sullivan told NBC ahead of the meeting. 'In terms of the specific means of doing that, I'm not going to lay all of that out in public, but we will communicate that privately to China, as we have already done and will continue to do.'

Putin had expected to take Ukraine in a lighting offensive lasting just a few days but, in the face of dogged opposition, is still fighting almost three weeks later - leading to stockpiles of some weapons such as guided missiles running low and heavier-than-expected losses of tanks, armoured vehicles, helicopters and aircraft.

American officials, speaking anonymously, say the Kremlin has reached out to Beijing for help replenishing its military supplies - though did not say exactly what Putin had requested or when the request was made. Western nations have been supplying Ukraine with a steady stream of anti-tank and anti-aircraft weapons.

The news emerged as Russian diplomats said there has been 'substantial progress' in peace talks with Ukraine, in the first sign that Moscow could be looking for an off-ramp to pause or end the conflict having failed to achieve key aims - namely the capture of Kyiv and toppling of Volodymyr Zelensky's western-friendly government. Talks are due to resume today.

Ukraine also gave an upbeat assessment of the talks, saying Russia had stopped issuing 'ultimatums' and is beginning to 'talk constructively'. Russia's previous demands had been that Ukraine give up its bid to join NATO, recognise Crimea as part of Russia, and recognise the Donetsk and Luhansk regions as independent.

China's entry into the affair is a top prophecy. A 200 hundred million man army crosses the Euphrates River and we'll see Russia was just the warmup band. Our leaders are grossly deficient. They know and understand nothing of scripture. Their leadership will doom us. So make preparations for the worst case scenario. Rev. 2 tells us to repent and return to the Father. Tony Blair of all people has gone on record to repent his war in Afghanistan and Iraq. It is a good start. God will not be mocked.

11 And they had on [upon] them a king, the angel of deepness, to whom the name in Hebrew is Abaddon, but by Greek Apollyon, and by Latin he hath a name Exterminus, that is, Destroyer.

15 And the four angels were unbound, which were ready into hour, and day, and month, and year, to slay the third part of men.

18 Of these three plagues the third part of men was slain, of the fire, and of the smoke, and of the brimstone, that came out of the mouth of them.

20 And the other men, that were not slain in these plagues, neither did penance of the works of their hands, that they worshipped not devils, and simulacra of gold, and of silver [and silver], and of brass, and of stone [and brass, and stone], and of tree, which neither be able to see [which neither may see], neither hear, neither wander;