One World Religion Headquarters Set to Open Next Year 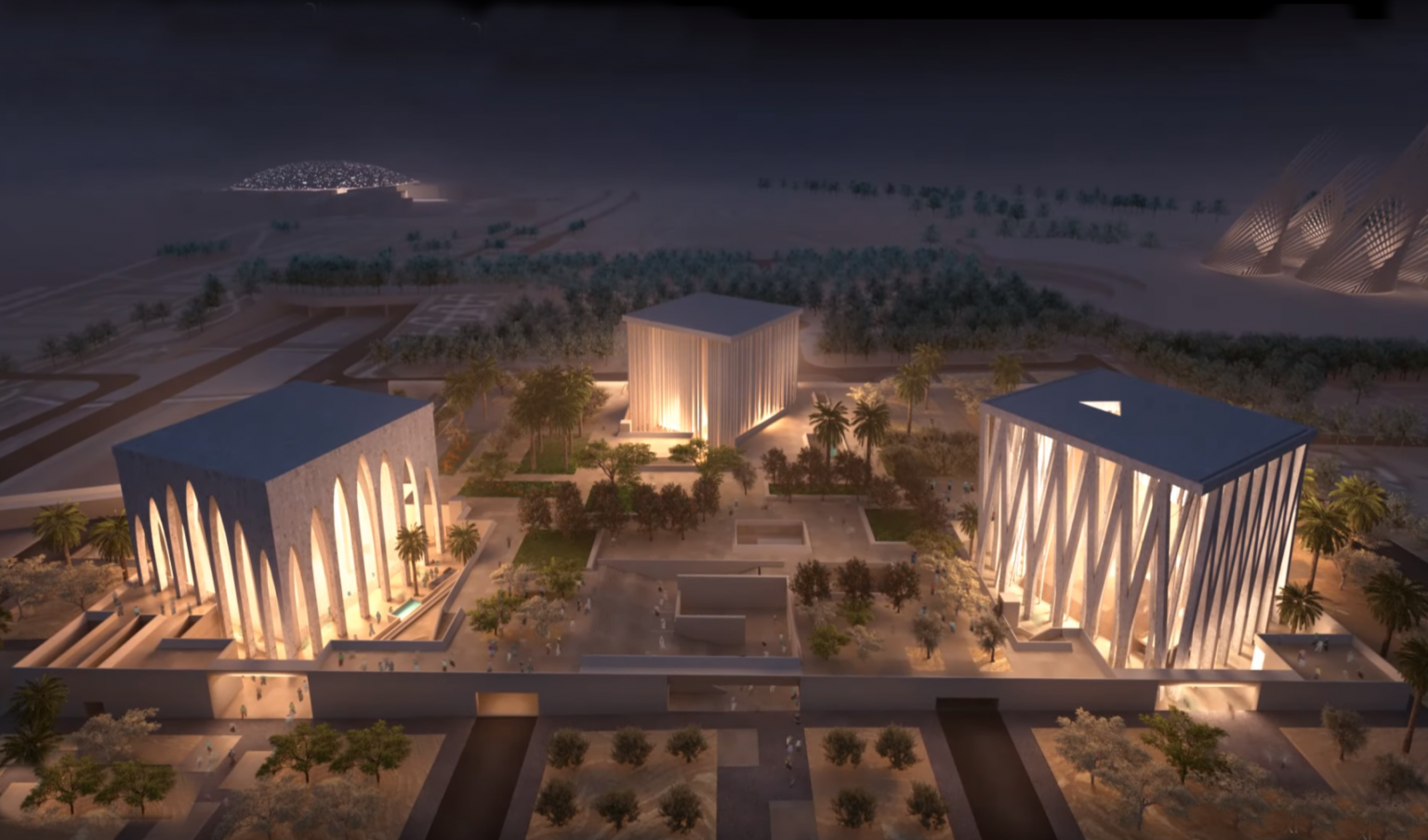 A One World Religion Headquarters is set to open in 2022. The headquarters will be called The Abrahamic Family House and is being built on an island in the middle eastern city of Abu Dhabi.

The headquarters is being done in collaboration with Pope Francis and Sunni Muslim leader, Sheikh Ahmen al-Tayeb, after they both signed a global peace covenant called the Document of Human Fraternity for World Peace.

The stated purpose of the Abrahamic Family House is to bring understanding and tolerance among the faiths, but there are a couple of notable challenges. First, Abu Dhabi is a part of the UAE where it is illegal for Christians to proselytize and conversion from Islam is prohibited. The Pope represents Roman Catholicism where Christians are free to convert to Islam, but citizens of Abu Dhabi are not free to choose Christ.

Perhaps, like the Abrahamic Family House that promises tolerance and understanding, the UAE constitution also guarantees freedom of religion “in accordance with established customs,” but the devil is in the details. Though certain practices (like conversion from Islam) are directly prohibited, penal code for the UAE defers to Sharia Law, which strictly prohibits apostasy.

The One World Religion Headquarters will have three buildings; one building each representing the mosque, church, and synagogue. However, the church is not permitted to have a cross on the building as a method of identifying it, as it is illegal to display a Christian cross on a building in the UAE.

Though usually not enforced, teaching that Jesus is the only God is considered to be an act of insulting Allah or the Prophet Muhammad and offenders can be subject to imprisonment for five or more years, fined from 250,000 dirhams ($68,100) to two million dirhams ($545,000), and Christians may be deported.

To add to the confusion of bringing understanding and tolerance, Sunni Muslim leader, Sheikh Ahmen al-Tayeb, who is widely touted as a ‘moderate’ Muslim, strongly believes that Muslims who convert from Islam to any other religion (including Christianity) should be killed.

Connected to this construction project will be an interfaith council to oversee projects which aim to advance tolerance, but perhaps the tolerance will be only one directional.

In December 2020, the United Nations passed an anti-blasphemy law that most Christians are not aware of. The loosely translated law, as embraced by the UAE, prohibits any teachings against Islam, including Biblical teachings which could be considered offensive.

What role will China play in the establishment of a one world religion, one world government, and mark of the beast? In our new book, CHINA AND END TIME PROPHECY, we outline the role that China is playing in the end times and what to look for during the last days.

In the twenty-fifth year of our exile, at the beginning of the year, on the tenth of the month, in the fourteenth year after the fall of the city—on that very day the hand of the Lord was on me and he took me there. In visions of God he took me to the land of Israel and set me on a very high mountain, on whose south side were some buildings that looked like a city. He took me there, and I saw a man whose appearance was like bronze; he was standing in the gateway with a linen cord and a measuring rod in his hand. The man said to me, “Son of man, look carefully and listen closely and pay attention to everything I am going to show you, for that is why you have been brought here. Tell the people of Israel everything you see.”