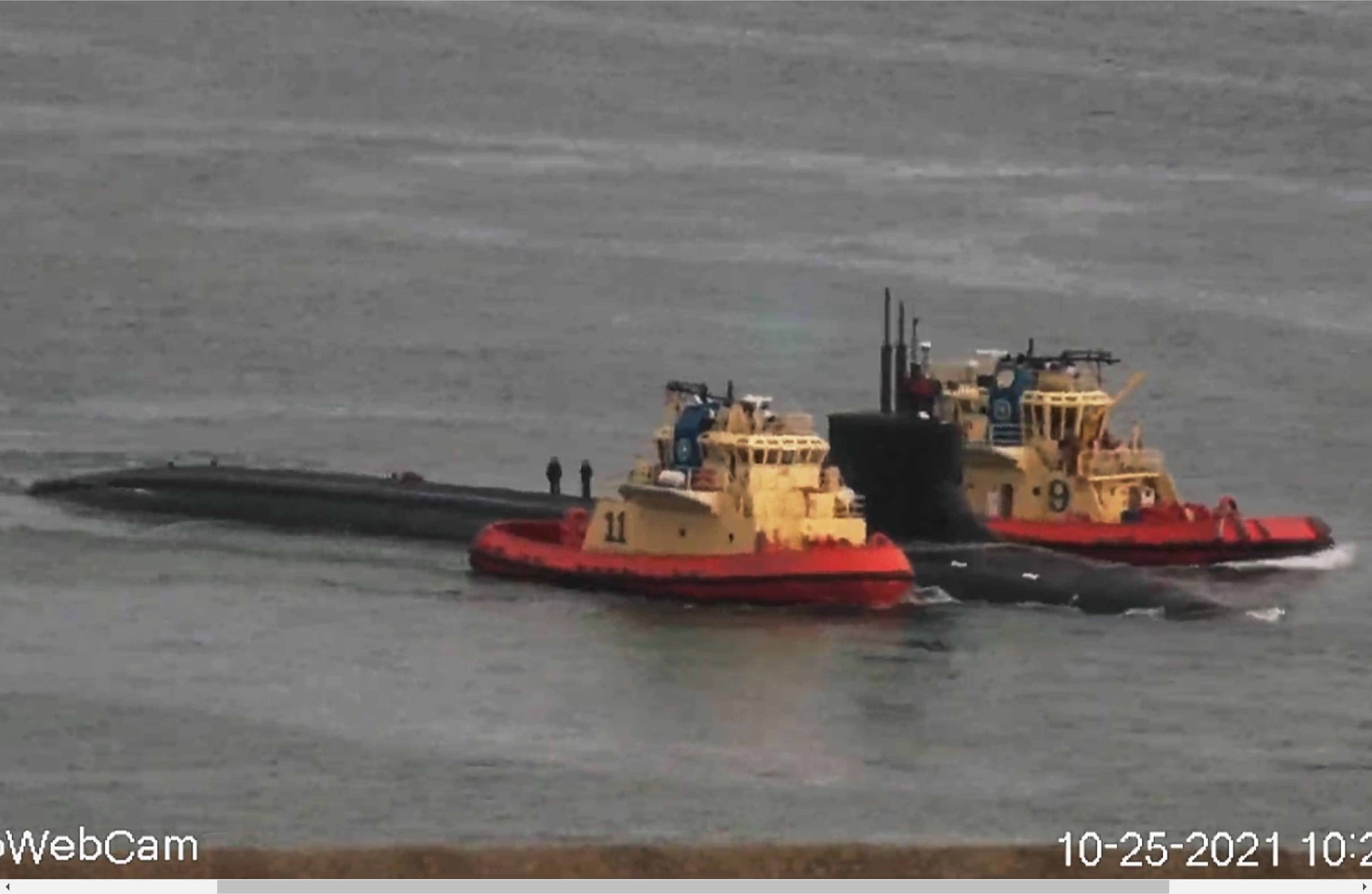 An astonishing thing took place recently involving two United States fast-attack submarines, and what happened is an ominous sign that REAL trouble in the Pacific is much closer than any of us have been told.

On October 20, the USS Jimmy Carter, the single most advanced nuclear-propelled submarine in the US Navy, popped-up near San Diego, and headed into port.

Once it was placed at dock by two tug boats, the crew DID NOT disembark. Instead, the tarps were placed along the entire dock to prevent anyone seeing what was taking place, material-handling equipment like fork trucks, went out on the dock, then straight-job trucks with concealed cargo headed out also. Whatever the trucks were carrying was apparently loaded into the submarine.

The trucks and material-handling equipment then departed off the dock, the tarps were taken down, and the submarine was pulled away from the dock by the same two tugboats, and sent immediately back to sea!

Three days ago, on October 25, another submarine from the same class, the USS Seawolf (lead boat in its class), popped-up outside Sand Diego just like the USS Jimmy Carter five days earlier, was brought to dock by two tugboats and the entire operation that was done with the USS Jimmy Carter, was done with the Seawolf. Once whatever was loaded into the sub, the sub was towed away from the dock and put immediately back to sea. The crews never got off.

The way to tell the difference between the Sea Wolf and the Jimmy Carter, is by the length of the vessel:

The whole thing is VERY unusual.

I inquired of my former colleagues in the Intelligence community about what the hell was going on. This was staggeringly unusual in every regard; almost as unusual as those same two submarines being "surged" from Port in Washington State a little over a month ago, and put to sea with almost no warning.

My former colleagues told me that things are taking place in the western Pacific Ocean (read China) that are far more serious than anything the general public is being told. In fact, they said things are so serious, the American public is quite likely to be "blind-sided" by what's coming.

They also told me that, . . . with what was loaded onto those submarines, none of them would want to be a sailor on an adversary warship, anywhere.

So whatever it is, it's a really big deal. Perhaps even a game changer.

It is my personal policy not to reveal the movement of US military assets because I do not want to have MY actions in any way, endanger our military.

In this particular instance, the city of San Diego has web cams that show the beaches and inlets to the general public. Those cameras caught the two submarines coming in and going out of San Diego.

So the information was kind-of already out. I waited several days before reporting any of this so as to give the subs time to disappear.

Stay frosty, folks. There appear to be serious storm clouds on the global horizon.