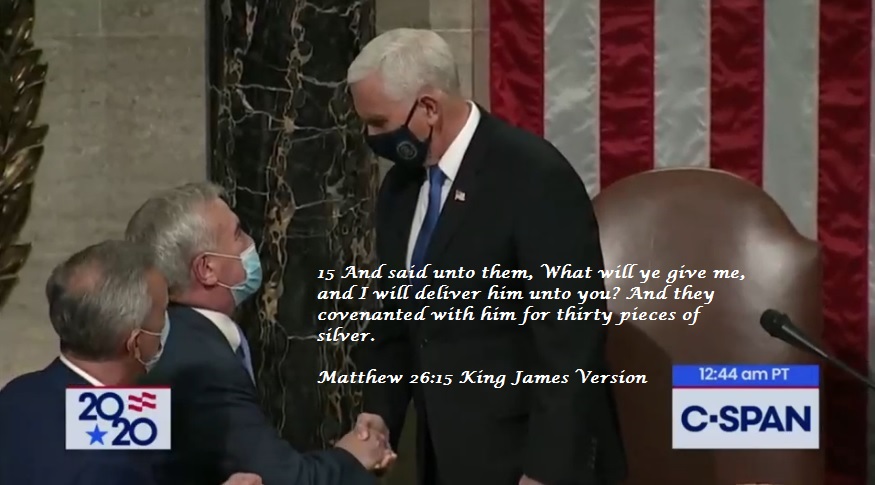 A new era is being constructed. It must rise from the ashes of the old like the Phoenix. Klaus Schwab coined the term Build Back Better.

To achieve this ignoble end, certain obstacles must be eliminated. First and foremost a lackey must accede to the throne of countries. There was one still in the way the president of the United States.

By hook and by crook he was to be sacrificed with his nation as archaic relics of the past. He was a great man as the narrative unfolded. He could command the crowd as well as the great circus master P.T. Barnum. In his eyes that made him master of his domain. However, his greatest strength was his greatest weakness. He could not help himself in refusing or refuting the spotlight. In doing so he became predictable. His enemies could lie in wait and extol the blade in Caesar's back again and again. On the sixth of January he invited his throng to D.C. He made no plans to protect them or the event from a well laid trap. His enemies are masters of agitprop or street theater.

He put on a fine performance. It was heartfelt patriotism. His followers swooned into an altered state. His enemies infiltrated the scene and proceeded with the greatest act of subversion in American history. They were allowed to pass through the security cordon around congress and enter the buildings to the waiting cameras.

The main facet of that treacherous force is the media. They can weave the greatest tangle of deceive known to man by setting a stage with various actors and broadcasting it to the gullible as truth. It's easy when you know how, and they know how. Various undesirables are groomed to look insane, inane and roguish. All that is required is to wear the paraphernalia of the targeted group and fly their flag. This trick is so old the sailing ships that used it are decayed to dust, but still people fall for it. Could any reasonable mind look at the buffoons attributed to be Trump supporters and for even the slightest moment smell the proverbial rat. Well it seems there were few because the great god TV the image of a man had spoken.

In an instant, a narrative was created and a whole movement was crushed and rendered helpless. That is the power of the media to program the human mind - a power you willingly give to them by turning it on. This is the patriot's greatest weakness. They consume the enemies propaganda in the largest of doses. They are addicted. Should you drink from a poison well? A patriot will until both he and his nation are no more. I wish I knew how to break the spell. It is that powerful.

This is the easiest war that could ever be won. All one has to do is change the channel. Thomas Jefferson spoke on this. While writing about the army of news writers, he said, it would be better to have none to assess and determine the state of any affair. My grandfather opined to never let anyone do your thinking for you. 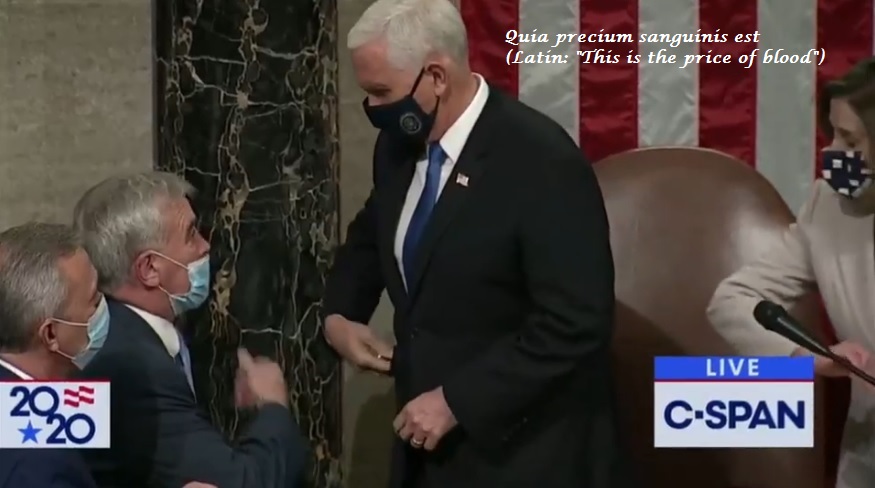 King Donald seriously underestimated his enemies. They are hard core communist agitators. They will never back down or surrender. Patriots are slow to get out of the easy chair.

President Trump failed tremendously that day. He failed to provide security for his people. He needed a force of thousands to actively patrol the area and identify the expected infiltrators. He needed people who could easily corral them or render them only able to crawl from the venue slowly.

Once they were allowed into the congress, his command should not have been go home in peace, but charge. All of the interlopers should have been seized and held for identification and interrogation and exposed for what they were treasonous dogs of a treasonous group awaiting the keys to the state.

In days of yore in California, the democratic party was the vassal of the great Jim Jones cult master of The Peoples Temple. He had dominion over the party and its ethics. That is why it is so dangerous. It operates as a cult. It is deigned to destroy the United States so that the global tyranny can build back better.

It will no be better. It will be worse - infinitely worse. It will be a complete and total police state. There will be a cleansing of souls my friends YOURS. It is no secret. It is openly spoken of. This cultural revolution will make Chairman Mao blush, and yet your only weapon is the remote control of your TV.

We are to be cleansed it says here in this ABC tweet. Joint collective denial is not an option. They plan to purge you from existence. Emboldened by the ability to overthrow the will of the people and unseat their choice from power, they will advance.

I have been advised from police sources that the people in Canada will have to engage the police and the military at some point. Although that is poor choice of words. They will be on the receiving end of a genocidal government pogrom. The plans have been made. The order is in the waiting stage. You see the human species will be reset as well. They will build them back better in the image of a man by altering their DNA with a self-replicating mRNA vaccine whose component Luciferase which act as a light bearer.

There are five stages to the pogrom advertising, propaganda, coercion, terrorization and finally extermination. It is said those receiving the injection in tests lose their connection to God or soul. This removes a moral code from the new image of a man. That's why they want health care worker, the police and the military to have it. They will be able to fulfill their roles in the latter stages for they will be godless. The enemies of the republic have turned the narrative around to make the patriots, constitutionalists, Christians, gun owners appear like rogue elements. This is a major component in a genocide. It will be a cleansing like no other in history.

Nancy Pelosi has wrested the launch codes from executive hands. Make no mistake they will use them against the enemies of the new world order. In fact it may be part of a more deep seated agenda to give communist China a very distinct advantage in conflict. No first strike could even take virtually the entire U.S. arsenal out of operation.

Only France and England will retain a semblance of a balance of western power. India and Pakistan may or may not play a role. Israel can wait in the wings for the dust to settle. In chess you can survive the word check, but check and mate is game over. If we are not there already, we are very close. Our army of naysayers are waiting to be absolutely sure which requires they be certainly dead and their nation destroyed. To prepare the survivors a new anthem is ready. Have a listen.