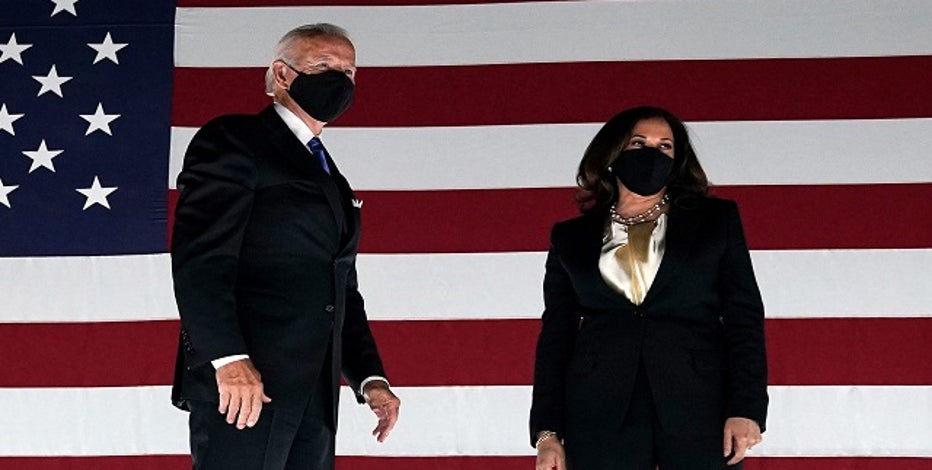 President Trump on Monday authorized General Services Administrator Emily Murphy to accommodate the Biden transition team after leftists reportedly threatened and harassed her family, and despite no official declaration of a 2020 winner.

In a letter to former Vice President Joe Biden, Murphy offered the department’s “post-election” services and resources, explaining she hadn’t done so earlier, not because she was pressured by President Trump, but because a 2020 election winner has yet to be formally announced. 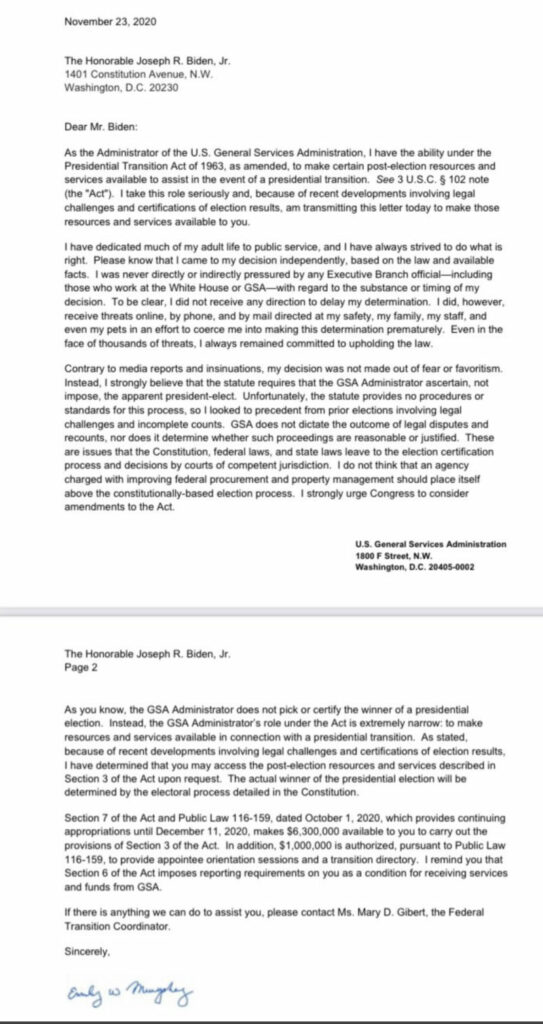 “I was never directly or indirectly pressured by any Executive Branch official–including those who work at the White House or GSA–with regard to the substance or timing of my decision,” states Murphy’s letter. “To be clear, I did not receive any direction to delay my determination.”

Murphy goes on to admit thousands of rabid Biden supporters were actually the ones who attempted to pressure her via threats, harassment and intimidation.

“I did, however, receive threats online, by phone, and by mail directed at my safety, my family, my staff, and even my pets in an effort to coerce me into making this determination prematurely. Even in the face of thousands of threats, I always remained committed to upholding the law.”

Murphy points out the GSA is not responsible for determining the winner of an election, and that a winner will ultimately be determined by the courts:

“The actual winner of the presidential election will be determined by the electoral process detailed in the Constitution.”

President Trump on Monday thanked Murphy for her work and condemned the left’s coercive tactics.

…fight, and I believe we will prevail! Nevertheless, in the best interest of our Country, I am recommending that Emily and her team do what needs to be done with regard to initial protocols, and have told my team to do the same.

Despite the GSA working with the Biden team, President Trump remains optimistic about his chances of winning, declaring, “Our case STRONGLY continues, we will keep up the good fight, and I believe we will prevail!”