CANADIAN MILITARY WANTS TO ESTABLISH NEW ORGANIZATION TO USE PROPAGANDA, OTHER TECHNIQUES TO INFLUENCE CANADIANS 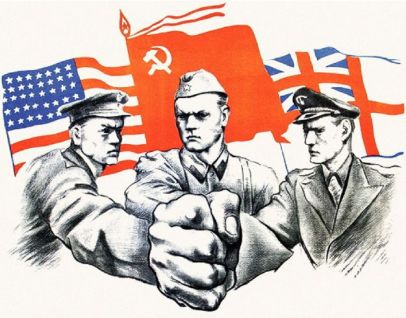 The Canadian Forces wants to establish a new organization that will use propaganda and other techniques to try to influence the attitudes, beliefs and behaviours of Canadians, according to documents obtained by this newspaper.

The plan comes on the heels of the Canadian Forces spending more than $1 million to train public affairs officers on behaviour modification techniques of the same sort used by the parent firm of Cambridge Analytica, as well as a controversial and bizarre propaganda training mission in which the military forged letters from the Nova Scotia government to warn the public that wolves were wandering in the province.

The new Defence Strategic Communication group will advance “national interests by using defence activities to influence the attitudes, beliefs and behaviours of audiences,” according to the document dated October 2020. Target audiences for such an initiative would be the Canadian public as well as foreign populations in countries where military forces are sent.

The document is the end result of what Chief of the Defence Staff Gen. Jon Vance has called the “weaponization” of the military’s public affairs branch. The document is in a draft form, but work is already underway on some aspects of the plan and some techniques have been already tested on the Canadian public.

But the office of Defence Minister Harjit Sajjan said Sunday that the plan, at least for now, is not authorized to proceed. Sajjan has raised concerns about some of the activities related to such influence and propaganda operations. “No such plan has been approved, nor will it be,” Floriane Bonneville, Sajjan’s press secretary, said after being asked by this newspaper about the initiative.

But a series of town halls were already conducted last week for a number of military personnel on the strategies contained in the draft plan.

The report quotes Brig.-Gen. Jay Janzen, director general military public affairs, who stated, “The motto ‘who dares, wins’ is as applicable to strategic communication as it is to warfare.”

The initiative also proposes the creation of a new research capability established to analyze and collect information from the social media accounts of Canadians, non-governmental organizations, industry and the news media, according to the report.