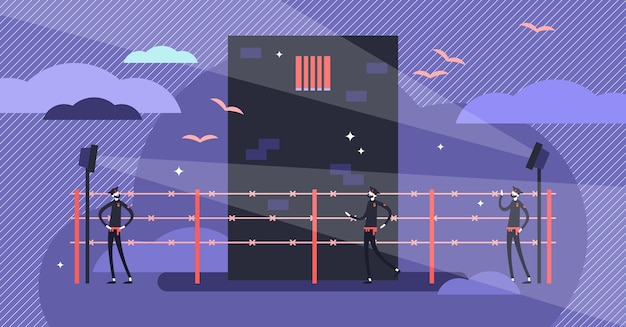 American broadcaster Hal Turner has revealed a leaked E-Mail from someone in the liberal party claiming to have knowledge of Comrade Trudeau's plans for internment of Canadians as part of a scheme of escalating scheme of increased COVID deaths. It requires Canadians to forfeit all property to the state and accept the injection or mark of the beast.

There was an IMF warning a couple of years ago that all western governments were at risk of default. Perhaps we have crossed that Rubicon. Our fearless leader is moving along the gun control regimen to seize all semi-automatics by nullifying all certificates. There is no provision to 'nullify' in The Firearms Act. The state may revoke and start a legal review before the courts which is what they are avoiding here in a decree from the Canadian dictator. 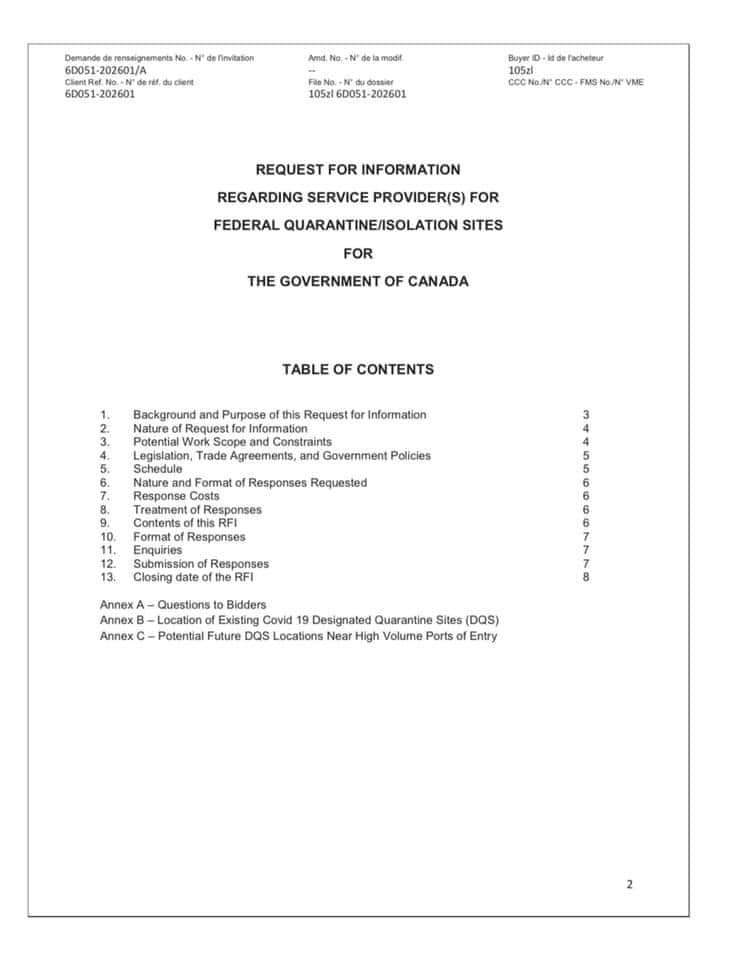 Leaked Email From Liberal Party of Canada Lays Out The Plan, Very Concerning.

I want to provide you some very important information. I'm a committee member within the Liberal Party of Canada. I sit within several committee groups but the information I am providing is originating from the Strategic Planning committee (which is steered by the PMO).

I need to start off by saying that I'm not happy doing this but I have to. As a Canadian and more importantly as a parent who wants a better future not only for my children but for other children as well. The other reason I am doing this is because roughly 30% of the committee members are not pleased with the direction this will take Canada, but our opinions have been ignored and they plan on moving forward toward their goals. They have also made it very clear that nothing will stop the planned outcomes.

The road map and aim was set out by the PMO and is as follows:

Phase in secondary lock down restrictions on a rolling basis, starting with major metropolitan areas first and expanding outward. Expected by November 2020.

Rush the acquisition of (or construction of) isolation facilities across every province and territory. Expected by December 2020.

Daily new cases of COVID-19 will surge beyond capacity of testing, including increases in COVID related deaths following the same growth curves. Expected by end of November 2020.

Complete and total secondary lock down (much stricter than the first and second rolling phase restrictions). Expected by end of December 2020 - early January 2021

Reform and expansion of the unemployment program to be transitioned into the universal basic income program. Expected by Q1 2021.

Projected COVID-19 mutation and/or co-infection with secondary virus (referred to as COVID-21) leading to a third wave with much higher mortality rate and higher rate of infection. Expected by February 2021.

Enhanced lock down restrictions (referred to as Third Lock Down) will be implemented. Full travel restrictions will be imposed (including inter-province and inter-city). Expected Q2 2021.

Deployment of military personnel into major metropolitan areas as well as all major roadways to establish travel checkpoints. Restrict travel and movement. Provide logistical support to the area. Expected by Q3 2021.

Along with that provided road map the Strategic Planning committee was asked to design an effective way of transitioning Canadians to meet a unprecedented economic endeavor. One that would change the face of Canada and forever alter the lives of Canadians.

What we were told was that in order to offset what was essentially an economic collapse on a international scale, that the federal government was going to offer Canadians a total debt relief.

This is how it works: the federal government will offer to eliminate all personal debts (mortgages, loans, credit cards, etc) which all funding will be provided to Canada by the IMF under what will become known as the World Debt Reset program.

In exchange for acceptance of this total debt forgiveness the individual would forfeit ownership of any and all property and assets forever.

The individual would also have to agree to partake in the COVID-19 and COVID-21 vaccination schedule, which would provide the individual with unrestricted travel and unrestricted living even under a full lock down (through the use of photo identification referred to as Canada's HealthPass) .

Committee members asked who would become the owner of the forfeited property and assets in that scenario and what would happen to lenders or financial institutions, we were simply told "the World Debt Reset program will handle all of the details".

Several committee members also questioned what would happen to individuals if they refused to participate in the World Debt Reset program, or the HealthPass, or the vaccination schedule, and the answer we got was very troubling. Essentially we were told it was our duty to make sure we came up with a plan to ensure that would never happen. We were told it was in the individuals best interest to participate.

When several committee members pushed relentlessly to get an answer we were told that those who refused would first live under the lock down restrictions indefinitely.

And that over a short period of time as more Canadians transitioned into the debt forgiveness program, the ones who refused to participate would be deemed a public safety risk and would be relocated into isolation facilities. Once in those facilities they would be given two options, participate in the debt forgiveness program and be released, or stay indefinitely in the isolation facility under the classification of a serious public health risk and have all their assets seized.

So as you can imagine after hearing all of this it turned into quite the heated discussion and escalated beyond anything I've ever witnessed before.

In the end it was implied by the PMO that the whole agenda will move forward no matter who agrees with it or not.

That it wont just be Canada but in fact all nations will have similar roadmaps and agendas. That we need to take advantage of the situations before us to promote change on a grander scale for the betterment of everyone. The members who were opposed and ones who brought up key issues that would arise from such a thing were completely ignored. Our opinions and concerns were ignored. We were simply told to just do it.

All I know is that I don't like it and I think its going to place Canadians into a dark future.

Trudeau Government Defines the Firearms They Will Ban Next

The Trudeau government’s next gun ban will target the best-selling semi-automatic rifles in Canada.

In his response to ePetition e-2341, Joël Lightbound reiterated the Liberal government’s three criteria for banning and confiscating firearms from federally-licensed, RCMP-vetted firearm owners: [i]

present in large volumes in the Canadian market.

What are the 10 (or 20 or 50) best-selling semi-automatic rifles in Canada? You know? The high-capacity 5-shot ones. (before you write a letter, that was sarcasm.)

They’ll be listed on the next gun ban by Order in Council.

We know Mr. Lightbound is a new M.P. and a relatively young man (32) but he is an educated person with a law degree from McGill University, the great bastion of Quebec liberalism.

An intelligent man like Lightbound (or even a total fool) must see the gaping hole in the master plan:

What about illegal guns in the hands of gangs and violent criminals? 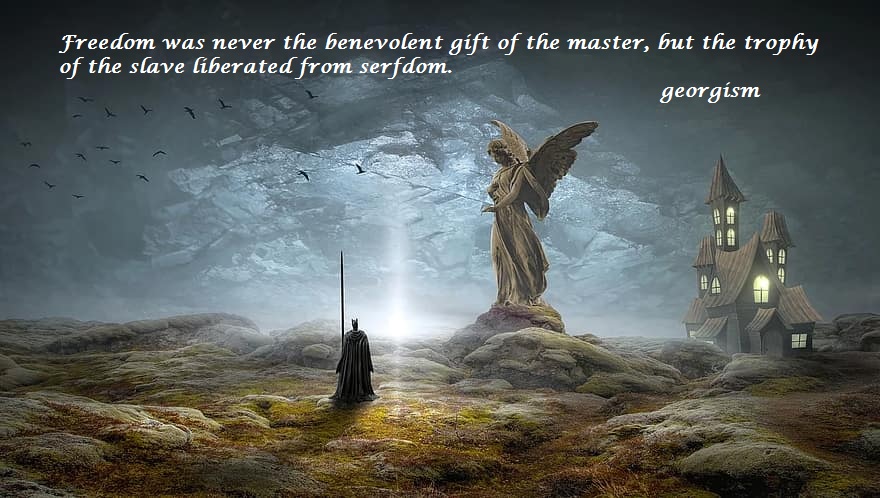 Gun owners just don't get it. They are enemies of the new rising totalitarian state. In precise military terms they are deemed enemy combatants. The Trudeau government has put out plans for internment camps. When the time comes for the final solution, certain firearms types may be an obstacle. It is the art of war. Firearms owners, like most people, prefer to exist in a dream state that the ethics of the foundation of their society will somehow remain. Nothing could be further from the truth when the totalitarian has control whether communist, fascist or globalist. We, as a species, have been captured. The long term goal is reduction of the human herd. Your life is an impediment to the state as it will be crafted. Therefore, you are far more dangerous than the sport shooter's idea of a 'criminal.' We can't even begin to fathom that the parliamentary class are the master criminals. They are a predatory class destined to master the human herd as their great forebears. There isn't even an ability to perceive the nature and level of the threat so the targeted group and their guns are already under the control of the state and its group think. There is a word for these steps - genocide. 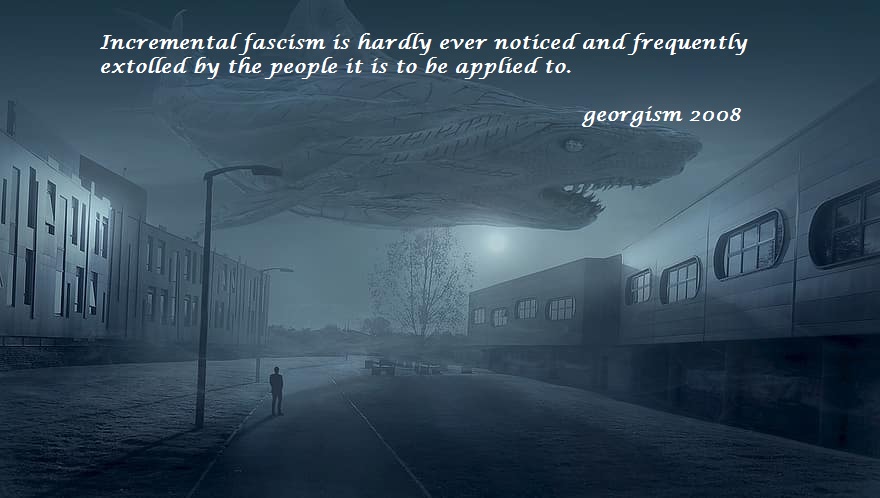 We enter parliament in order to supply ourselves, in the arsenal of democracy, with its own weapons. If democracy is so stupid as to give us free tickets and salaries for this bear's work, that is its affair. We do not come as friends, nor even as neutrals. We come as enemies. As the wolf bursts into the flock, so we come.

As a group, the shooting fraternity are wholly unaware of the Bible and the unfolding prophecies, it seems. They are sequestered from its reality in an exclusive paradigm. That will shift in time and the prostate will wish they never tempted ignorance to fate and the power of evil. There will be no hell like the one that has been planned for us. Any concept of humanity will be dominated by AI and the dreaded algorithm.

I add the green Mein Kampf. This is our defining moment. We can no longer exist from the inertia of our past generations. Extreme forces are changing direction with great force and speed. While breath lasts within my body by God's grace I will preach again Thursday on Power Hour Nation. We have a counter thrust alternative media we keep sheathed to satisfy Comrade Lenin's political correctness. To win unsheathe. But as Christ opined they have eyes they refuse to see from and ears they refuse to listen with. We must achieve what even he couldn't.