The firm, Hill+Knowlton, agreed to help the global health entity figure out ways to navigate the media landscape and combat a coronavirus ‘infodemic.’

As criticism and conspiracy theories swirled around the World Health Organization at the height of the coronavirus pandemic, the global public health body turned to a white-shoe lobbying and PR shop to help navigate a media landscape rife with misinformation.

In May, the WHO inked a contract with public relations giant Hill+Knowlton Strategies, an industry leader with offices in more than 40 countries, to develop a blueprint for effective communications in the midst of a modern public health crisis.

“It has never been a more critical time to ensure that public health messages are understood and resonate across the world,” declared a statement of work accompanying the contract. “However there has been criticism and assertions leveled against the World Health Organization (WHO) and media coverage that could undermine WHO as a trusted and critical information source on global public health issues.”

Hill+Knowlton agreed to provide the WHO with reports detailing the digital media landscape confronting the global health body and the ways in which it might better communicate messages related to its work to combat the coronavirus. The work was scheduled to take place from May 1 through June 15, though it left open the possibility of future consulting on ways to implement its recommendations.

The agreement shows the remarkable steps the world’s leading public health group was forced to take to manage perception problems even as it worked to contain a deadly pandemic. The WHO struggled to break through in a frenetic political and media environment as it sought to get critical health information to the public, and simultaneously combat perceptions that it dropped the ball in its response to the coronavirus outbreak.

The problem was spelled out in a WHO report published on the same day that Hill+Knowlton’s work for the group began. 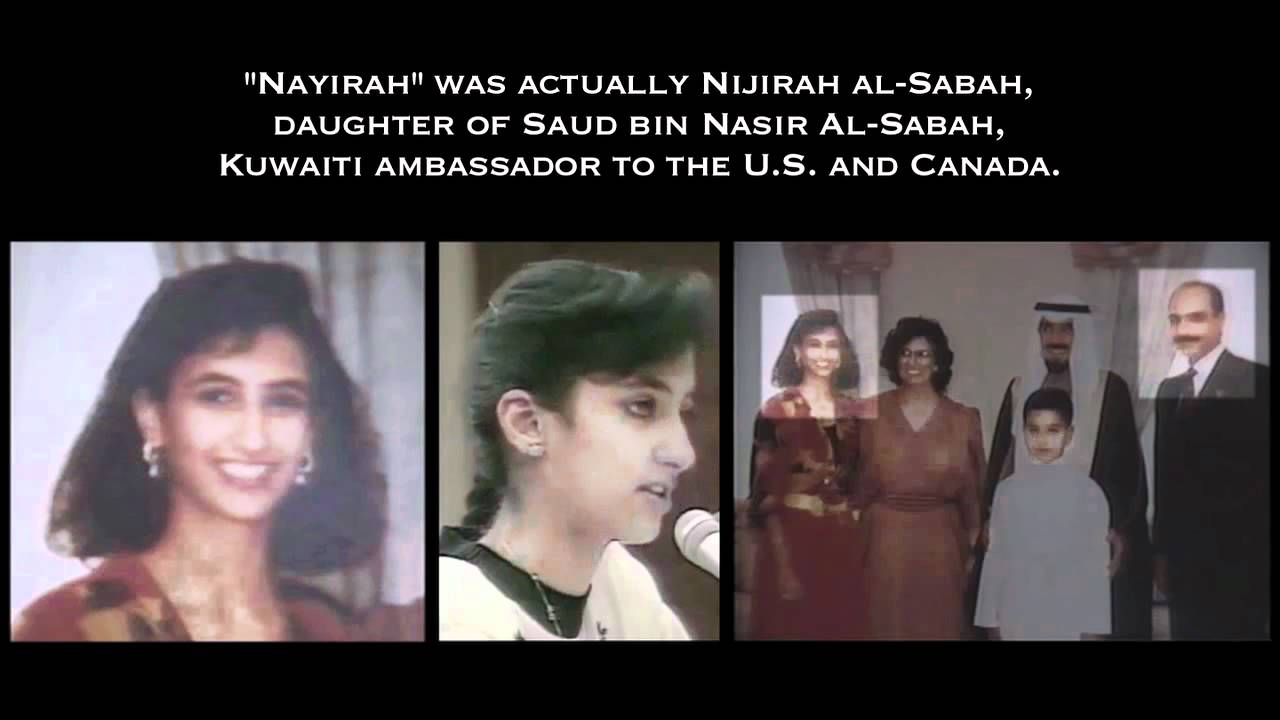 Nayirah al-Ṣabaḥ (Arabic: نيره الصباح‎;), called "Nurse Nayirah" in the media, was a 15-year old Kuwaiti girl, who alleged that she had witnessed the murder of infant children in Kuwait, in verbal testimony to the U.S. Congress, in the run up to the 1991 Gulf War. Her testimony, which had been regarded as credible at the time, has since come to be regarded as wartime propaganda. The public relations firm Hill & Knowlton, which was in the employ of Citizens for a Free Kuwait, had arranged the testimony.

15-year old Nayirah, who gave testimony anonymously, testified before the Human Rights Caucus of the United States Congress in October 1990 that she was a refugee volunteering in the maternity ward of Al Adan hospital in Kuwait City, and that during the Iraqi occupation she had witnessed Iraqi soldiers killing Kuwaiti infants in an incubator room: “They took the babies out of the incubator, took the incubators, and left the babies to die on the cold floor,” she testified.

The testimony came at a crucial time for the Bush administration, which was pressing for military action to eject Iraq from Kuwait. Nayirah's story was widely publicized, and Amnesty International at first seemed to corroborate the report. The story helped build domestic support for the Persian Gulf War.

Nayirah was later disclosed to be Nayirah al-Sabah, daughter of Saud bin Nasir Al-Sabah, Kuwaiti ambassador to the USA. She was demonstrated to have connections to the public relations firm Hill & Knowlton, which was at that time working for Citizens for a Free Kuwait. The latter activist group was organized by the exiled Kuwaiti government, to gain support for the Kuwaiti cause.