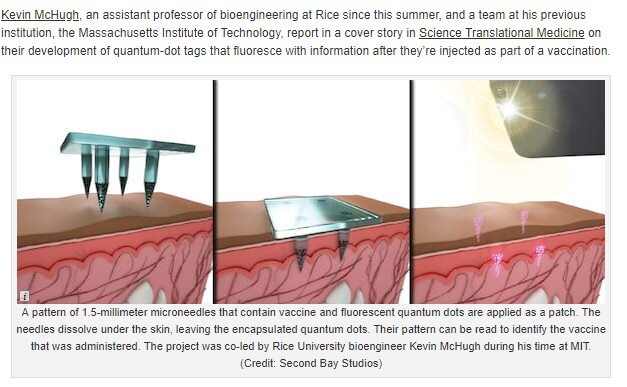 March 19, 2020 - Bill Gates Calls For National Tracking System For Coronoavirus. Bill Gates, the second richest person in the world, revealed during a Reddit "Ask Me Anything" session while answering question on the COVID-19 Coronavirus Pandemic, "Eventually we will have some digital certificates to show who has recovered or been tested recently or when we have a vaccine who has received it." The 'digital certificates' Gates was referring to are human-implantable 'QUANTUM-DOT TATTOOS' that researchers at MIT and Rice University are working on as a way to hold vaccination records. It was last year in December when scientists from the two universities revealed that they were working on these quantum-dot tattoos after Bill Gates approached them about solving the problem of identifying those who have not been vaccinated.....
FURTHER DETAILS AT LINK:

ID = Which will be your ID mark.

The Mark of the Beast

16 And the second beast required all people small and great, rich and poor, free and slave, to receive a mark on their right hand or on their forehead, 17 so that no one could buy or sell unless he had the mark— the name of the beast or the number of its name. 18 Here is a call for wisdom: Let the one who has insight calculate the number of the beast, for it is the number of a man, and that number is 666.… 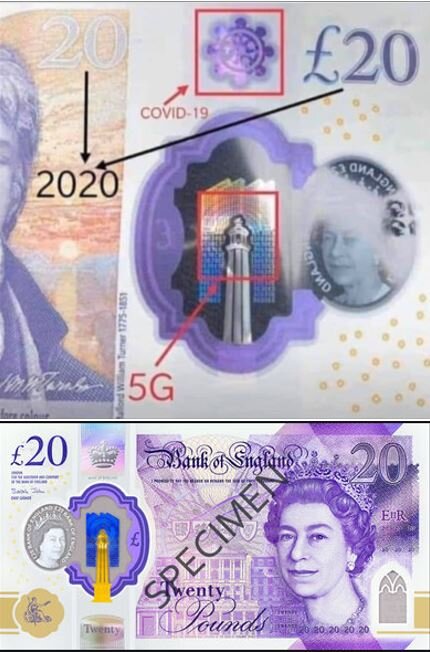 February 20, 2020 - New £20 notes featuring JMW Turner enter circulation. The Bank of England begins a mammoth operation to replace the most popular banknote in the country. At least 2 billion have been printed, and the Bank expects half of the country’s cash machines to have switched over within the next fortnight.

This is your time to choose. The NWO doesn't allow you that. They use stealth and guile to lure you into it. We at the Cafe are restrainers as described in...

Second Thessalonians 2:6-7 reads, "And you know what is restraining him now so that he may be revealed in his time. For the mystery of lawlessness is already at work. Only he who now restrains it will do so until he is out of the way." Who is this restrainer? Second Thessalonians 2:9-12 speaks of a strong delusion God will send in the end times: "The coming of the lawless one is by the activity of Satan with all power and false signs and wonders, and with all wicked deception for those who are perishing, because they refused to love the truth and so be saved. Therefore God sends them a strong delusion, so that they may believe what is false, in order that all may be condemned who did not believe the truth but had pleasure in unrighteousness."