Burundian President Dies Suddenly after Expelling WHO for False Pandemic 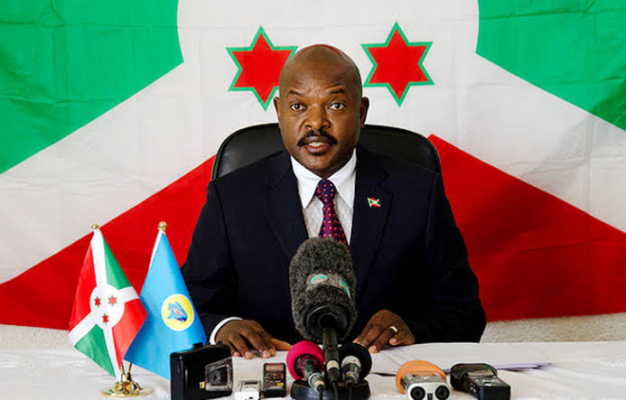 Burundi, Africa: President Pierre Nkurunziza, 55, died following a cardiac arrest despite being known for his good health. Some have speculated that his death is linked to the fact that, less than a month ago, the Burundian government expelled experts from the World Health Organization responsible for ‘advising’ on the false COVID-19 pandemic. Burundi had only one COVID death. Nkurunziza’s unexpected death is reminiscent of the mysterious plane crash that killed Polish President Lech Kaczyński in 2009 shortly after he refused the vaccine from the WHO against the H1N1 flu. -GEG

President of Burundi Pierre Nkurunziza, 55, has died “following a cardiac arrest”. The sudden death comes as a surprise as he had been evaluated recently as being in good overall health.

But controversy has emerged in the African country as local pundits have suggested that his death could have been the consequence of poisoning.

Less than a month ago, the Burundian government ordered the expulsion of experts from the World Organization of Health (WHO) responsible for ‘advising’ on the false pandemic COVID-19.

The President and his Ministry of Foreign Affairs had declared that the WHO representatives would henceforth be ‘persona non grata’, that is not welcome on Burundian territory.

No Black Lives Matter for a patriot standing up against COVID and a black genocide in the works for the billionaire class so they can take the land and resources once and for all.

Nkurunziza is on record for saying that there was no #Covid-19 in his country and vividly disregarded all measures announced by WHO aimed at stopping the spread of this pandemic.