Catholic bishops in Germany have dissociated themselves from a letter in which several prominent clergy questioned the seriousness of the coronavirus pandemic and measures taken by governments the world over to stem its spread.

In the 1,300 word letter, which in addition to its pastor signatories is said to be also supported by “intellectuals, doctors, lawyers, journalists and professionals who agree with its content”, is said to be motivated by “sacred duty”.

“The facts have shown under the pretext of the Covid-19 epidemic, the inalienable rights of citizens have in many cases been violated and their fundamental freedoms, including exercise of freedom of worship, expression and movement, disproportionately and unjustifiably restricted. Public health must not, and cannot, become an alibi for infringing on the rights of millions, let alone depriving the civil authority of its duty to act wisely for the common good. This is particularly true as growing doubts emerge from several quarters about the actual contagiousness, danger and resistance of the virus. Many authoritative voices in the world of science and medicine confirm the media’s alarmism about Covid-19 appears to be absolutely unjustified,” the letter begins.

The group goes on to state that “on the basis of official data on the incidence of the epidemic as related to the number of deaths”, there are “powers interested” in “creating panic” among the world’s population - with the “sole aim of permanently imposing unacceptable forms of restriction on freedoms, controlling people and tracking their movements”.

“The imposition of these illiberal measures is a disturbing prelude to the realization of a world government beyond all control…The criminalization of personal and social relationships must likewise be judged as an unacceptable part of the plan of those who advocate isolating individuals in order to better manipulate and control them. We ask the scientific community to be vigilant, so cures for Covid-19 are offered in honesty for the common good. Every effort must be made to ensure shady business interests do not influence the choices made by government leaders and international bodies,” the letter continues. 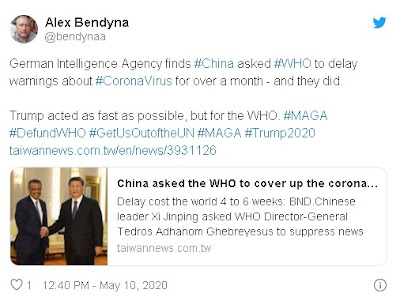 ​The pastors further demand government leaders “ensure forms of control over people, whether through tracking systems or any other form of location-finding, are rigorously avoided”, and the fight against Covid-19 “not be the pretext for supporting hidden intentions of supranational bodies”, with citizens given the opportunity “to refuse restrictions on personal freedom, without any penalty whatsoever being imposed on those who do not wish to use vaccines, contact tracking or any other similar tool”. Likewise, the media is “strongly” urged to provide accurate information and not “penalize dissent by resorting to forms of censorship, as is happening widely on social media, in the press and on television”.

“Providing accurate information requires that room be given to voices that are not aligned with a single way of thinking. This allows citizens to consciously assess the facts, without being heavily influenced by partisan interventions. A democratic and honest debate is the best antidote to the risk of imposing subtle forms of dictatorship, presumably worse than those our society has seen rise and fall in the recent past,” it concludes.

However, Bishop George Batzing, who heads the influential German Bishops' Conference, has issued a statement on behalf of the organisation claiming the body’s view of the coronavirus crisis is “fundamentally different” to that implied by the pastors’ letter. He added lockdown restrictions in Germany, which led to the temporary cancellation of church services among other things, were "sensible and responsible", while welcoming a "responsible and proportionate" relaxation of the measures when appropriate.

Other German Catholic clergy were even harsher in their condemnation, with vicar general of the city of Essen, Klaus Pfeffer, stating on Facebook he was "simply speechless” at what had been published “in the name of the Church and Christianity” - “crude conspiracy theories without facts or evidence, combined with aggressive right-wing populist rhetoric that sounds alarming”.

And we see this in a Russian newspaper. the western anti-Christ media is silent. We know whose side they are on. The other Catholic clergy should try reading the ultimate 'conspiracy' book. It's called the bible. That's what it's all about.

APPEAL FOR THE CHURCH AND THE WORLD

to Catholics and all people of good will