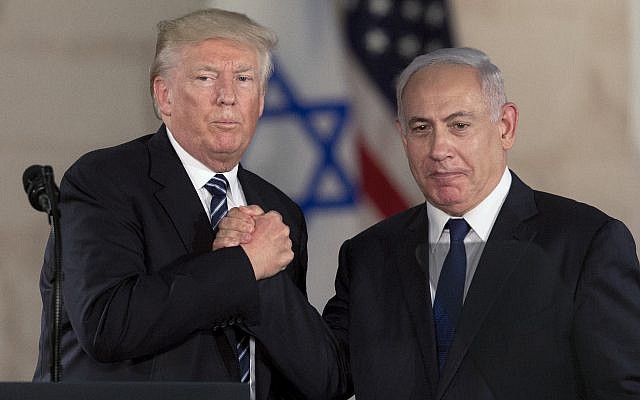 Affidavit quotes Trump confidant Roger Stone being told by a Jerusalem contact: ‘He is going to be defeated unless we intervene. We have critical intell. The key is in your hands!’

Roger Stone, a longtime confidant of President Donald Trump who was convicted last year in Robert Mueller’s investigation into ties between Russia and the Trump campaign, was in contact with one or more apparently well-connected Israelis at the height of the 2016 US presidential campaign, one of whom warned Stone that Trump was “going to be defeated unless we intervene” and promised “we have critical intell[sic].”

The exchange between Stone and this Jerusalem-based contact appears in FBI documents made public on Tuesday. The documents — FBI affidavits submitted to obtain search warrants in the criminal investigation into Stone — were released following a court case brought by The Associated Press and other media organizations.

A longtime adviser to Trump, Stone officially worked on the 2016 presidential campaign until August 2015, when he said he left and Trump said he was fired. However he continued to communicate with the campaign, according to Mueller’s investigation.

The FBI material, which is heavily redacted, includes one explicit reference to Israel and one to Jerusalem, and a series of references to a minister, a cabinet minister, a “minister without portfolio in the cabinet dealing with issues concerning defense and foreign affairs,” the PM, and the Prime Minister. In all these references the names and countries of the minister and prime minister are redacted. 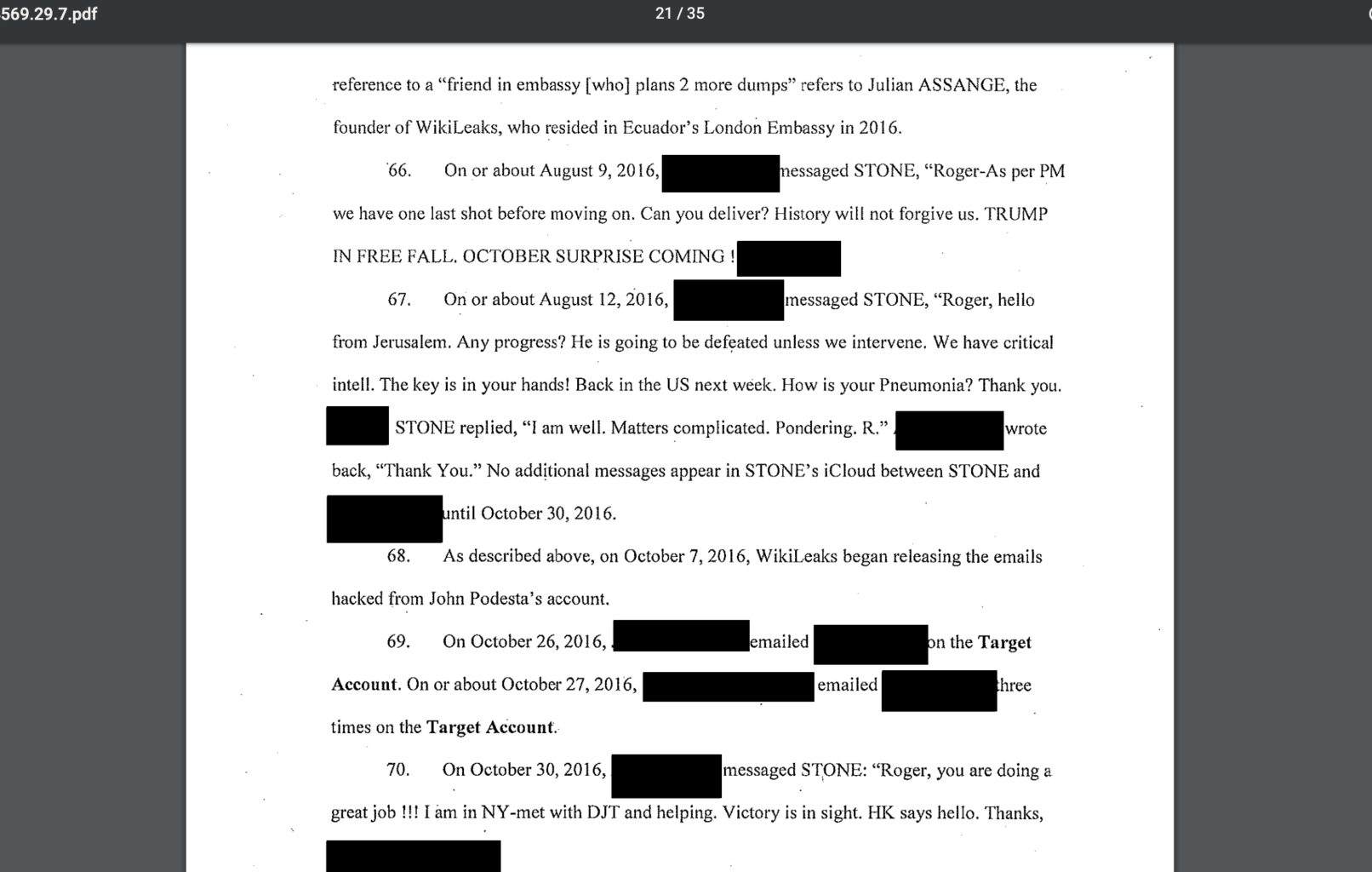