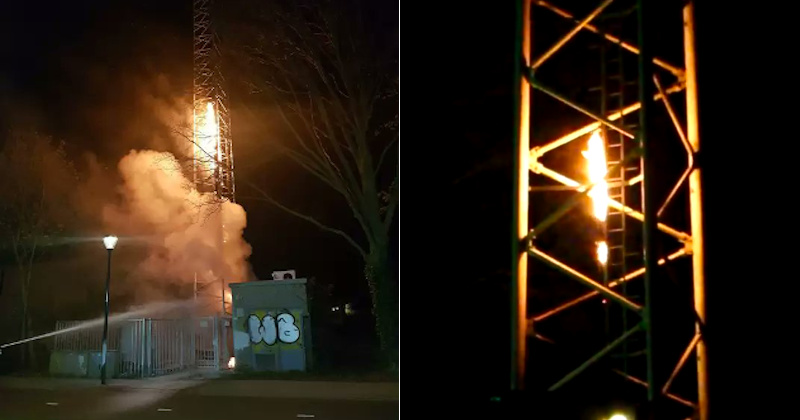 A pair of telecommunications towers were torched in the Netherlands amid a slew of similar incidents across the country which have been linked to a campaign to sabotage the rollout of 5G networks.

Police in Almere are investigating the causes of fires at two telecom masts in separate locations in the city.

The fires were reportedly small but the extent of the damage they caused is still unclear.

“Whether arson was involved is not clear, though as these brought the total number of fires at transmission masts in the Netherlands up to nine since Friday, it seems likely,” the NL Times reports.

At least seven more radio masts around the Netherlands have been found in flames since late last week.

“Multiple telecom towers were torched in the Netherlands over the past days, including two in Oudenbosch, two in Veldhoven, one in Groningen, and one in Liessel,” the Times reports.

Another tower was found ablaze in Tilburg on Saturday.

The phrase “Fuck 5G” was reportedly spray-painted at the scene in Liessel.

“The fires come as telecom providers in the Netherlands are facing increased public animosity at the construction of new 5G towers over unconfirmed health concerns,” the Times reports.

Police say they are examining possible links between the blazes.

"It should be clear that we are putting all these things that have happened nationwide side-by-side," a police spokesperson told Dutch media. "We are also looking at whether cross-connections can be made."

In the 60's generation even the flower children had balls. The term then was burn, baby burn. 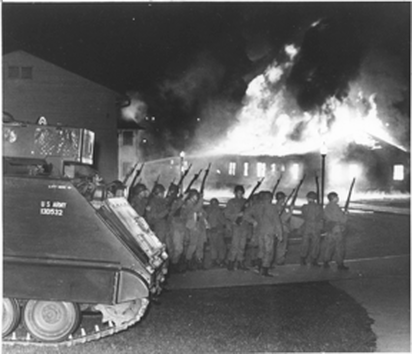