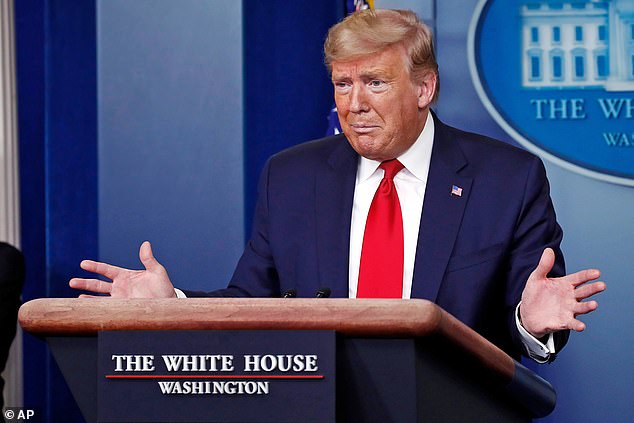 By CAROLINE GRAHAM IN LOS ANGELES FOR THE MAIL ON SUNDAY

Just weeks ago, he was bragging that ‘America’s economy is the best it’s ever been’ and boasting of the creation of thousands of new jobs and a booming stock market ‘the likes of which the world has never seen’.

At a rally in North Carolina, Donald Trump was at his swaggering showman best, as he stood before a thunderous crowd which was chanting ‘Four more years!’ and ‘Jobs! Jobs! Jobs!’

With a healthy economy, Washington insiders privately believed that November’s presidential election was all but in the bag.

That was the plan all along. It's an American Coup.