The Coronavirus 5G Connection and Coverup 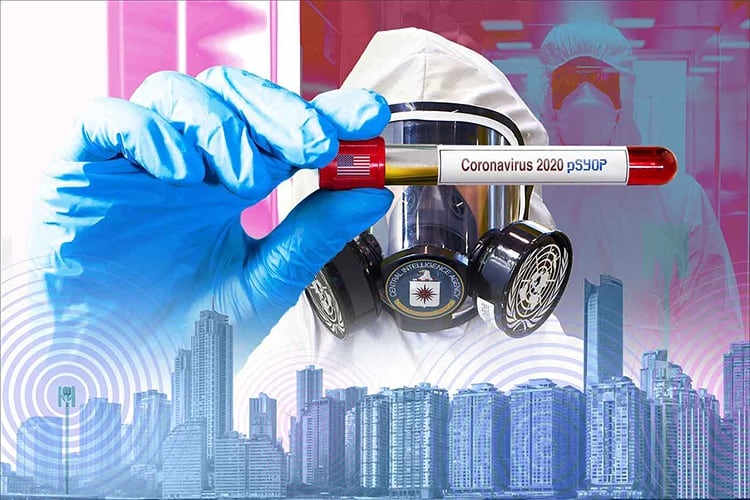 The China Coronavirus 5G Connection is a very important factor when trying to comprehend the coronavirus (formerly abbreviated 2019-nCoV, now COVID-19) outbreak. Various independent researchers around the web, for around 2-3 weeks now, have highlighted the coronavirus-5G link despite the fact that Google (as the self-appointed NWO Censor-in-Chief) is doing its best to hide and scrub all search results showing the connection. The coronavirus 5G connection doesn’t mean the bioweapons connection is false (it’s not a case of either-or), but rather broadens the scope of the entire event. Wuhan was one of the test cities chosen for China 5G rollout; 5G went live there on October 31st, 2019, almost exactly 2 months before the coronavirus outbreak began. Meanwhile, many scientific documents on the health effects of 5G have verified that it causes flu-like symptoms. This article reveals the various connections behind the coronavirus phenomenon, including how 5G can exacerbate or cause the kind of illness you are attributing to the new virus. The rabbit hole is deep so let’s take a dive.

For the deeper background to 5G, read my 2017 article 5G and IoT: Total Technological Control Grid Being Rolled Out Fast. Many people around the world, including concerned citizens, scientist and even governmental officials, are becoming aware of the danger of 5G. This is why it has already been banned in many places worldwide, such as Brussels, the Netherlands and parts of Switzerland, Ireland, Italy, Germany, the UK, the USA and Australia. After all, 5G is not just the next generation of mobile connectivity after 4G; it is a radical and entirely new type of technology – a military technology used on the battlefield that is now being ‘deployed’ (military term) in the civilian realm. It is phased array weaponry being sold and disguised as primarily a communications system when the frequency bands it uses (24GHz – 100+GHz including MMW [millimeter waves]) are the very same ones used in Active Denial Systems, i.e. crowd control. Even mainstream Wikipedia describes Active Denial Systems as directed energy weaponry; it disperses crowds by firing energy at them, causing immediate and intense pain, including a sensation of the skin burning. Remember, directed energy weapons (DEW) are behind the fall of the Twin Towers on 9/11 and the fake Californian ‘wildfires’. 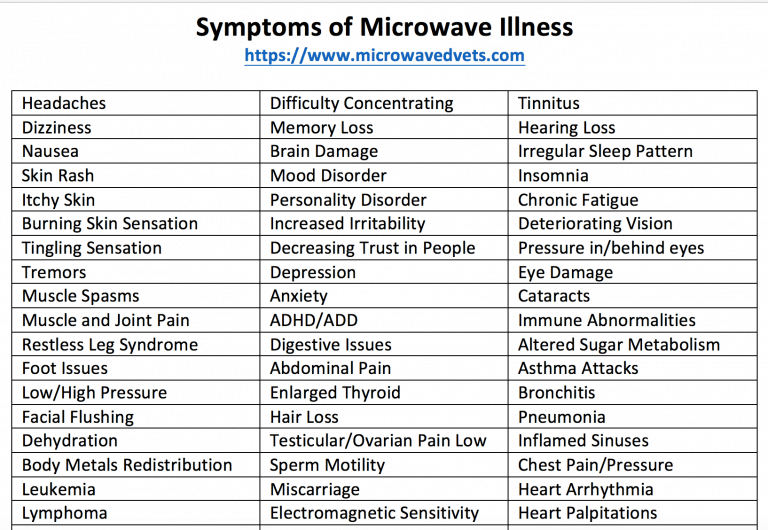 Numerous scientists have warned of the dangerous health effects of 5G. For instance, in this 5G Appeal from 2017 entitled Scientists and Doctors Warn of Potential Serious Health Effects of 5G, scientists warned of the harmful of non-ionizing RF/EMF radiation:

“Effects include increased cancer risk, cellular stress, increase in harmful free radicals, genetic damages, structural and functional changes of the reproductive system, learning and memory deficits, neurological disorders, and negative impacts on general wellbeing in humans. Damage goes well beyond the human race, as there is growing evidence of harmful effects to both plants and animals.”

If you listen to Mark Steele and Barrie Trower, you’ll get an idea of the horrifying effects of 5G. In this interview, Trower echoes the above quote by stating how 5G damages the immune system of trees and kills insects. He reveals how in 1977, 5G was tested on animals in hopes of finding a weapon. The results were severe demyelination – stripping the protective sheath of nerve cells. Some nations are now noticing a 90% loss of insects (including pollinating insects like bees) which congregate around lamp-posts where 5G is installed.

If you dig deep enough, some disturbing connections arise between 5G and the men who have developed or are developing vaccines for novel viruses like ebola, zika and the new coronavirus COVID-19. In a fantastic piece of research, an author under the pen name of Annie Logical wrote the article Corona Virus Fakery And The Link To 5G Testing that lays out the coronavirus 5G connection. There is a ton of information, so I will break it all down to make it more understandable.

From October 18-27th 2019, Wuhan hosted the Military World Games and specifically used 5G (for the first time ever) for the event. Also on October 18th, 2019 in New York, the Johns Hopkins Center in partnership with World Economic Forum (WEF) and the Bill and Melinda Gates Foundation hosted Event 201 – “A Global Pandemic Exercise” which is a simulation of a pandemic. Guess what virus they happen to choose for their ‘simulation’? A coronavirus! Guess what animal cells they use? Pig cells! (COVID-19 was initially reported to be derived from a seafood market, and the fish there are known to be fed on pig waste). Event 201 includes the UN (since the WEF now has a partnership agreement with UN), Big Pharma (Johnson and Johnson), Bill Gates (key figure in pushing vaccines, human microchipping and Agenda 2030) and both China and America’s CDC. Participants in Event 201 recommended that governments force social media companies to stop the spread of ‘fake news’ and that ultimately the only way to control the information would be for the WHO (World Health Organization, part of the UN) to be the sole central purveyor of information during a pandemic.

As reported on January 24th, 2020, US biotech and pharmaceutical company Inovio received a $9 million grant to develop a vaccine for the coronavirus. Inovio got the money grant from the Coalition for Epidemic Preparedness Innovations (CEPI), however they already have an existing partnership with CEPI; in April 2018 they got up to $56 million to develop vaccines for Lassa Fever and Middle East Respiratory Syndrome (MERS). CEPI was founded in Davos by the governments of Norway and India, the Wellcome Trust … and the participants of Event 201: the Bill and Melinda Gates Foundation and the WEF. CEPI’s CEO is the former director of BARDA (US Biomedical Advanced Research and Development Authority) which is part of the HHS. Inovio claimed they developed a coronavirus vaccine in 2 hours! On the face of it such a claim is absurd; what is more likely is that they are lying or that they already had the vaccine because they had the foreknowledge that the coronavirus was coming and was about to be unleashed.

So who owns and runs Inovio? Two key men are David Weiner and Dr. Joseph Kim. Weiner was once Kim’s university professor. Weiner was involved with developing a vaccine for HIV and zika (you can read my articles about zika here and here where I exposed some of the lies surrounding that epidemic). Kim was funded by Merck (a large Big Pharma company) and produced something called Porcine Circovirus (PCV 1 and PCV 2). As mentioned above, there is a link between pig vaccines/pig DNA and the coronavirus; Annie Logical notes that it “has long been established that seafood in the area is fed on pig waste.” Kim served a 5-year tenure as a member of the WEF’s Global Agenda Council – yet another organ pushing the New World Order One World Government under the banner of Agenda 2030 Global Governance.

Weiner is an employee and advisor to the FDA, is considered a DNA technology expert and pioneered a new DNA transference method called electroporation – a microbiology technique which uses an electrical pulse to create temporary pores in cell membranes through which substances like chemicals, drugs or DNA can be introduced into the cell. This technique can be used to administer DNA vaccines, which inject foreign DNA into a host’s cells that changes the host’s DNA. This means if you take a DNA vaccine, you are allowing your DNA to be changed! As if vaccines weren’t already horrific enough … but here’s the kicker: electroporation uses pulsed waves. Guess what else uses pulsed waves? 5G! This is either a startling coincidence or evidence or a sinister coronavirus 5G-connection. Annie writes:

“[T]he same action that 5G technology uses in pulsed waves and the coronavirus was reported to have started in an area in China that had rolled out 5G technology! So we can see how geneticists using scientists are tampering with the building blocks of our existence and what is disturbing is that Prof Wiener is a HIV pioneer and we know that soon after the Polio vaccines were given to millions in Africa that HIV emerged. They have perfected the art of injecting animal or bird DNA into human chromosomes which alters our DNA and causes things like haemorrhaging, fever, cancers and even death.”