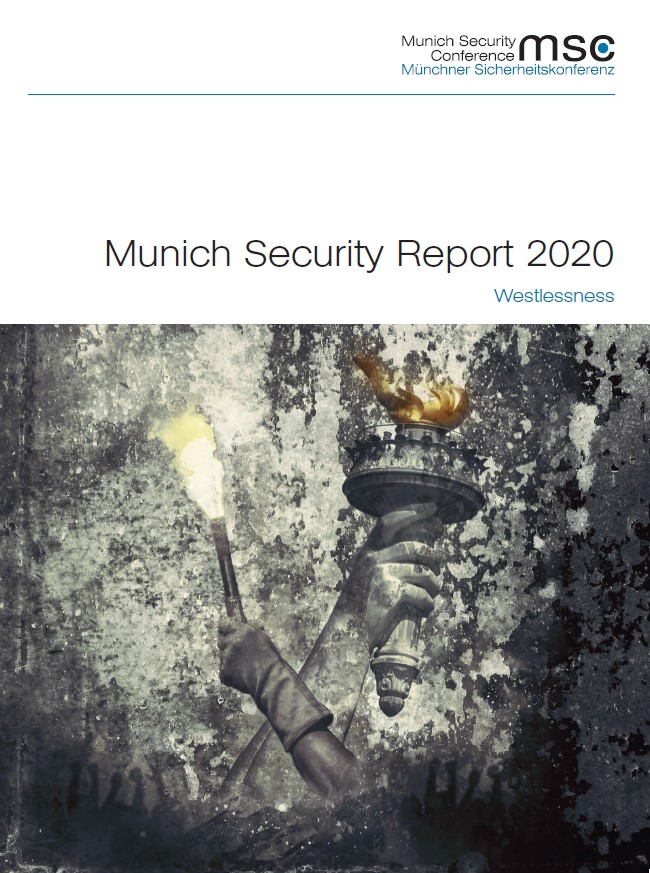 I say it again and again. Trudeau is the most dangerous threat to the U.S. and the world. Look at the torches of dissent and liberty in the attached image and know your demise is planned and being set in STONE!!!

You get the picture.

GET THE PICTURE MY AMERICAN FRIENDS!!!

Maybe it's better in the original German.

The Munich Security Report 2020 highlights the phenomenon of "Westlessness". "Westlessness" describes a widespread feeling of discomfort and restlessness in the face of growing uncertainty about the future and destiny of the West. A variety of current security challenges appear to be directly linked to the much-described decay and retreat of the West. Furthermore, understanding of what it means to be part of the West seems to have been lost in Western societies. It remains unclear to what extent the West will find a strategy and common response to an emerging era of great power rivalry - which may be the greatest strategic challenge for the transatlantic partnership.

Pelosi and Biden are part of the spiritual love in. Heed Biden's words dearly if you love any vestige of freedom. They will destroy liberty with anarchy from the inside as these cultural commies are want to do.

Trudeau's Africa trip will wrap up with a visit to Munich, Germany.

for one thing, Germany is making a big neo colonial bid in Africa where

it has sent troops to help AFRICOM...