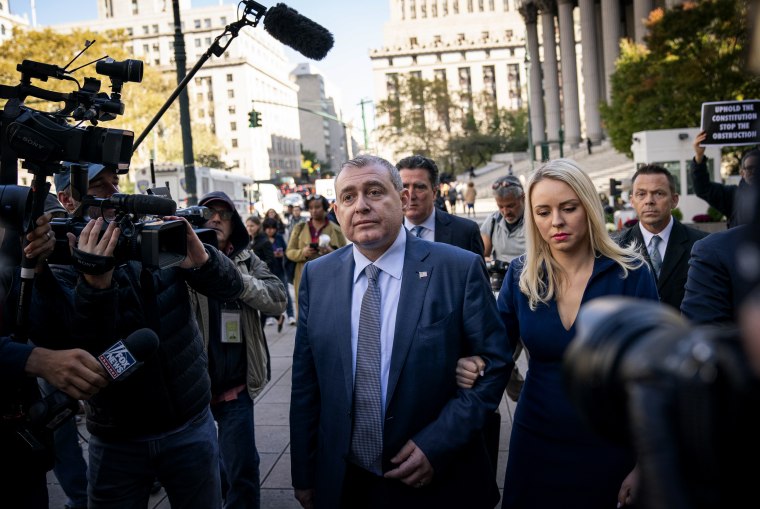 Lev Parnas had something of a circular business relationship with former New York mayor Rudolph W. Giuliani. Parnas, a native of Ukraine, worked for Giuliani doing translations and, at other times, carrying out various tasks. Giuliani, in his capacity as an attorney, represented Parnas’s separate business.

Giuliani has also for the past several years represented President Trump. That representation was “as a private citizen, not as President of the United States” — as Giuliani himself articulated the relationship in a letter he sent last May to then-Ukrainian President-elect Volodymyr Zelensky, seeking a meeting. Giuliani took a lead role in the effort to pressure Zelensky to announce new investigations that would benefit Trump politically (and, as he stated, personally).

Parnas assisted that effort. Documents provided to the State Department by Giuliani last year include interview summaries indicating that Parnas was present when Giuliani spoke with a former Ukrainian prosecutor who is driving unproven allegations against former vice president Joe Biden. Parnas and Giuliani worked together closely — until last fall, when Parnas was arrested for alleged campaign finance allegations. He’s since decided to cooperate with authorities.

One facet of his new embrace of cooperation includes turning over material sought by House impeachment investigators. On Tuesday afternoon, the House Intelligence Committee publicly released some of the documents Parnas had provided it, including four pages of handwritten notes taken on stationery from the Vienna Ritz-Carlton. Across those four pages are a number of oblique or direct references to issues at the heart of the impeachment inquiry — if you know how to translate them.

The notes appear to be a summary of a call between Parnas and Giuliani in which Parnas is jotting down what Giuliani is telling him. We can’t say that with certainty; no concrete proof has emerged that this was the genesis of what’s written. We can only say that the notes are consistent with that scenario, including top-line goals and a list of action items.

There is joy in Bugville. My retired demoncrat acquaintance who loves to foil with me spewed this as fact yet in the article the elements of doubt are clearly expressed. I replied facetiously just like the magic bullet. He replied yes without thinking. It was planted evidence. To be at least worthy of some semblance of court evidence expert hand writing analysis would be the minimum. DNA or fingerprint evidence more so. What we have here is the classic entrapment scenario not justice verifying the president's comments about witch hunt. At this point the evidence is no better than a rumor on a bathroom wall.