Iran and Israel have been waging a 'secret war' 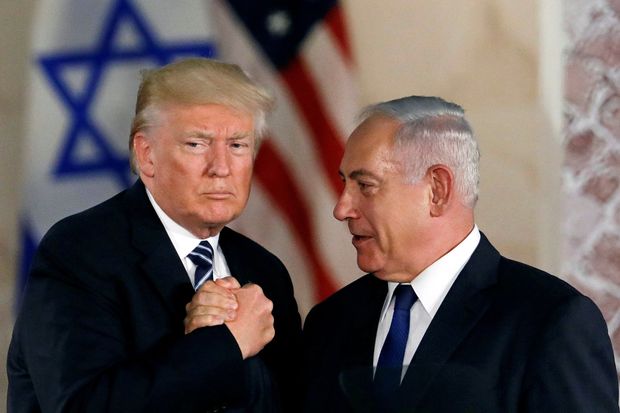 In 2019, a “war of words” in the Middle East came close to a “war of weapons” over attacks on Saudi and Iranian vessels, drone assaults on Saudi state oil company facilities – for which Yemen’s Houthi movement claimed responsibility, and the downing of a US surveillance drone. However, the tensions are allegedly not limited to visible activities.

The US and, especially, Israel are waging a secret battle against Iran, the German broadcaster n-tv reports, citing security specialists. Amid this “shadow war”, the US is said to be acting covertly with Israeli intelligence in carrying out operations in response to attacks allegedly sponsored by Iran.

The report says that Washington and Tel Aviv declared a “cyberware” war on Tehran and its allies more than a decade ago. As former intelligence officer of the Israel Defence Forces’ 8200 reconnaissance unit Roy Barzilay told the outlet, US President Donald Trump reacted to this summer’s attacks, which Washington and its allies have blamed on Iran, by ordering “to use a cyber attack to shut down the Iranian missile system and its intelligence agencies’ computers”.

“This doesn’t follow the usual rules of war and can have far-reaching effects”, he says, suggesting that while an air strike is seen as a declaration of war, “a cyber attack from a computer worm, virus, or Trojan can do significant damage without the immediate pretext of an actual physical war”.

N-tv points out that this was preceded by years of building up cyber armaments. Attacks of this kind have reportedly been around for more than a decade, mainly for espionage purposes, but also with the potential for physical destruction. The broadcaster cites experts who believe that the US’ National Security Agency and the Israeli unit 8200 launched the first major cyber offensive with the Stuxnet computer worm in 2010, when hundreds of centrifuges in a uranium enrichment plant in the Iranian city of Natanz were disabled.

“With its sophisticated attack and defence tools, Israel is one of the world’s leading nations in cyber warfare. Its soldiers are the eyes and ears of the country”, Barzilay concluded.

He compared the new battlefield to the dropping of the atomic bomb on Hiroshima, pointing out that Stuxnet opened a “Pandora’s Box”, as since then major powers, including the US and Russia, have vastly improved their offensive cyber warfare skills and could paralyse an entire country today. Non-state groups, including terrorists, are also said to be able to use cyberattacks as a weapon.

“Cyber attacks are no longer rare. The war with digital means is part of the world we live in now”, He said, pointing at attacks on physical infrastructure.

Barzilay’s reconnaissance unit 8200 was founded in 1952 and has since developed into a much more professional body, says Colonel Omri Hoffmann, tasked with recruiting skilled personnel. According to him, it is divided into several departments and bases so that the teams do not know the tasks of the others.

Unit 8200 is said to spy on enemy states and terrorists, something which is considered a “passive cyber attack”. The so-called “active cyber attacks” are said to be carried out to change or impair the resources of opposing military facilities or even whole economic sectors. As n-tv notes, in 2017 information gathered by the unit helped prevent an attack on an airport in Australia, as several Daesh* supporters were arrested before it could take place.

However, “cyber warfare” has become a serious threat to Israel’s vital civil and military infrastructure as well, François-Bernard Huyghe of the French Institute for International and Strategic Affairs IRIS told the broadcaster.

“To respond, Jerusalem had to revise certain aspects of its security concept to ensure cyber superiority as an inseparable part of its military doctrine”, he explained.

Tehran is said to be retaliating against the Israeli cyber efforts, according to the Institute for National Security Studies in Tel Aviv, which referred to Iran as “one of the leading cyber warfare nations”.

“Tehran tries to attack Israeli computers – which belong both to civilian population and to the military or intelligence agencies – day and night, constantly sending Trojans”, intelligence expert Jossi Melman claimed, outlining the risks for Tel Aviv’s highly digitalised supply networks for energy, water, communication, and transport, as well as its economy.

He said that the Islamic Republic has well-developed infrastructure with both defensive and offensive cyber capabilities and targets not only Israel, but also Saudi Arabia and the US.

“Iran also helps its allies, like Lebanese Hezbollah, with technology and knowledge. But Israel is also highly developed in this area. The unit 8200 is involved in most operations – like in Gaza or Syria – with intelligence reporting and helps combat soldiers in the tactical, operational and strategic area”, Melman says.

Escalating Tensions in the Middle East

Relations between the US, which supports Israel, and Iran went downhill following Washington’s withdrawal from the 2015 Joint Comprehensive Plan of Action, better known as the Iran nuclear deal, which stipulated lifting sanctions against Tehran in exchange for guarantees that its nuclear programme is peaceful.

Tensions peaked in 2019, after four commercial vessels, including two Saudi Arabian oil tankers, were attacked in waters off the UAE’s Fujairah in May. In June, two foreign-flagged oil tankers were attacked near the Strait of Hormuz. While the cause of the incident remains unknown, the US and its allies have blamed Iran, which has denied any involvement.

A US surveillance drone was later downed over the Strait of Hormuz and then, in September, drone attacks launched on the facilities of Saudi Arabia’s state oil company, Saudi Aramco, further fuelled the standoff. Even though Yemen’s Houthi movement claimed responsibility for the attacks, the United States once again blamed Iran, as did France, Germany, and the United Kingdom.

Tensions flared up again during the winter, as the US carried out what it called “defensive strikes” against the pro-Iranian paramilitary Kata’ib Hezbollah in Iraq and Syria.

US aircraft attacked five facilities in response to Friday’s attack on a base near the northern Iraqi city of Kirkuk in which a US soldier was killed and four others injured. The Popular Mobilization Forces said that 25 fighters were killed and 51 others injured in the US attack.

Afterwards, protesters stormed the American Embassy in Baghdad. Washington accused the Islamic Republic of orchestrating the attack on the embassy, claiming that Tehran would be held fully responsible for any damage caused to the facility by pro-Iranian protesters. Iran denied the allegations, urging the US to abandon its “destructive policies” in the Middle East.