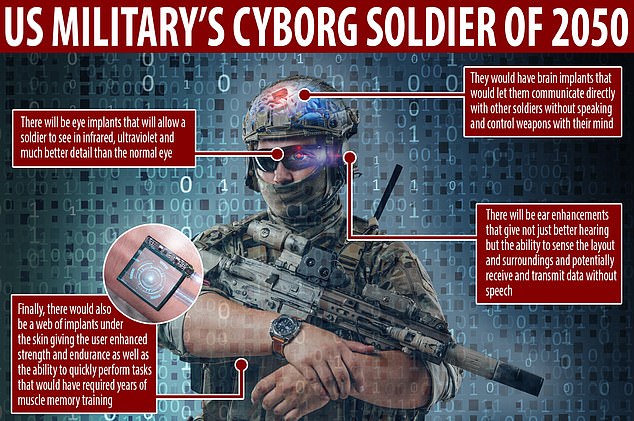 Military scientists say future armies could be made up of cyborgs with enhancements allowing them to see, hear and fight better than current soldiers

Enhancements could be made to soldiers' eyes, ears, brain and muscular system

As well as creating better fighters, this could improve their chances of survival

The US Army Combat Capabilities Development Command created the study

By RYAN MORRISON FOR MAILONLINE

Future armies could be made up of half-human half-machine cyborgs with infrared sight, ultrasonic hearing and super strength, equipped with mind-controlled weapons.

In a US Army report, experts from Devcom - the Combat Capabilities Development Command - outlined a number of possible future technologies that could be used to enhance soldiers on the battlefield by 2050.

These include enhanced limbs for increased strength, an eye that provides infrared and ultraviolet vision, and an audio device that provides ultra- and subsonic hearing. 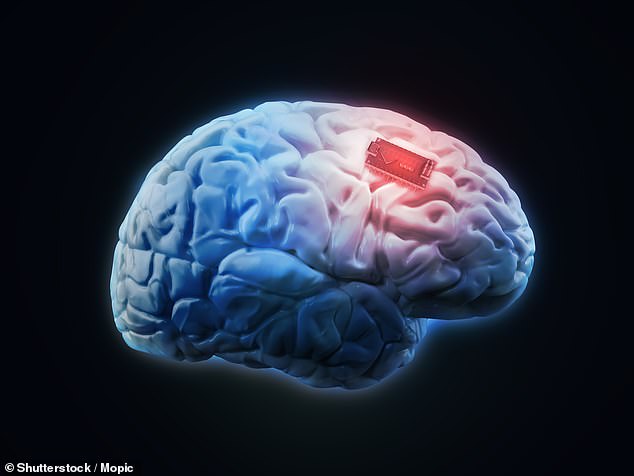