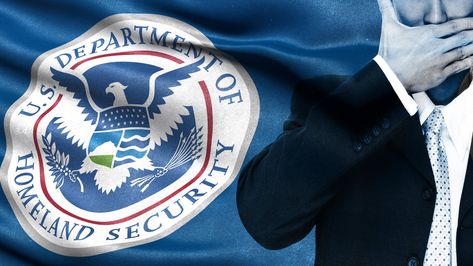 The post-constitutional system the US government created in the wake of 9/11 to supposedly go after Muslims in far-off lands is now slated to be used aggressively on Americans.

Department of Homeland Security is finally, officially recognizing white supremacist terror as a major national security threat in the U.S. — a threat that’s coming from the inside.

Acting DHS Secretary Kevin McAleenan on Friday unveiled the department’s new counterterrorism strategy, which for the first time places major emphasis on countering the threat of white nationalism coming from inside the U.S.

Trump resisted calls to do just this in the past but Acting DHS Secretary Kevin McAleenan is pushing through with it. McAleenan is a die-hard leftist that Trump appointed who made a splash in June by allegedly sabotaging a major planned ICE raid by leaking details to the press.

The news will come as some relief for national security and extremism experts, who for years and with increasing urgency have sounded the alarm about the threat of white nationalist terror. After the Christchurch mosque attacks in March, President Donald Trump himself shrugged off the idea that white nationalist terror posed a major security threat. His administration has also defunded and dismantled DHS programs that were designed to counter violent extremism, including far-right extremism. At a House committee hearing earlier this week, experts stressed that the U.S. was woefully ill-equipped to counter the threat.

DHS was created in the wake of the 9/11 attacks, and since then its counterterrorism strategy has been largely focused on the threat posed by foreign groups, like ISIS and al Qaeda. Friday’s announcement and formal recognition of white supremacist terror marks a major turning point for the department.

White supremacists are replacing Muslim terrorists as the new boogieman used to strip Americans of their rights– complete with fake stories about WMDs and everything.