DAYLIGHT COME AND THE TRUDEAU GO 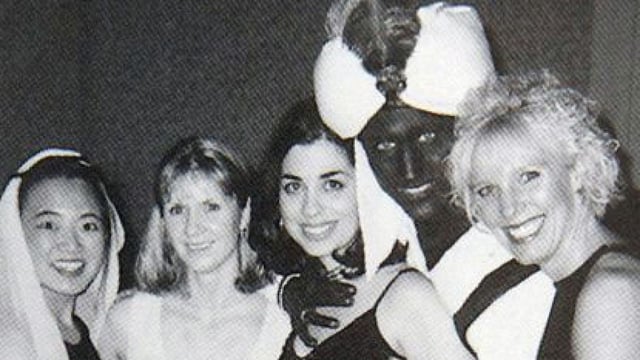 It appears the hidden hand that dominates the world and culture known as the gods of political correctness have had their fill of Emperor Justinian I. While I in no way believe that he is or was a racist, he was to be sure an elitist and opportunist. Born into privilege his life was that of the playboy. He had no one or no thing to be responsible for or to. If he got in a jam, mommy or daddy could bail him out. In time just the reputation of his father deified him. However, the disturbing factor is not that he was the class clown enshrined into high office, but the fact there is a power that can build or destroy anyone anytime including our political leaders. That means they are all under control of this force of media manipulation and the power of the mob of reactionaries. The merits of anyone based on reality have no meaning or effect. 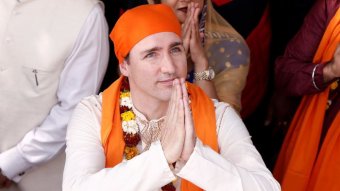 In this personification, Justinian is the model of the mahatma. He is the all revering model of human advancement. However, it is a mirage not having any relation to his real persona that none of us really know or understand. It is a propaganda or mass marketing concept of how he was being sold to the public.

In this image, Emperor Justinian is the devoted father and lover of children with the veiled superhero status coming to the surface. It shows he can be trusted with leading the youth of today and be responsible with the power of office bestowed in his hands. However, it is a facade. The perception of events and our leaders are all facades. As the Beatles sang in Strawberry Fields, nothing is real. Everything we are exposed to in the mass media has been designed to program our minds; and once programmed, we are loathe to change them despite the evidence.

In days past, the media matrix decimated Mayor Ford to destroy his reputation and make an utter fool out of him and his support base. It was a dress rehearsal for President Trump. In fact, still today President Trump is considered all manner of things that are impossible to be true. He is feared as a war monger in spite of the fact he hasn't led us into one. He is considered incapable of managing the country in spite of the fact he has managed his business empire successfully. As a paradox, Justinian was a son of privilege who could hardly be expected to persevere in such an enterprise. When I mention this to the hard core liberals, they refuse to amend their mind control programs one iota. They clearly show they are incapable of independent thought. However, most everyone is.

There are a litany of errors that Emperor Justinian should be held accountable for, but they are concealed so that a useful idiot can steer the ship of state in the direction of the real controllers of existence who are diabolical in my opinion. We willingly submit to their servitude by accepting whatever skewed reality they offer as if it came from a mountain on stone tablets. That is the issue. Who is the wizard behind the curtain, and how can we take our power away from them or it? We start by pulling it back and letting the world see it for what it is. Perhaps then people can start to form their own ideas and opinions.