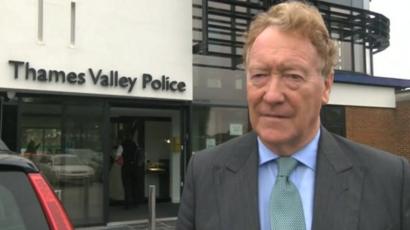 Anthony Stansfeld, police and crime commissioner for Thames Valley, claims the government is sitting on 'overwhelming evidence' of forged signatures

By JAMES WOOD FOR MAILONLINE

A top police chief has claimed that banks are forging signatures on an industrial scale, as he accuses the government of sitting on 'overwhelming evidence'.

Anthony Stansfeld, police and crime commissioner for Thames Valley, has slammed the Serious Fraud Office, the Financial Conduct Authority and the National Crime Agency for not taking appropriate action.

He says they've been aware of falsification of documents for eight months and have not yet taken any action - despite calls earlier this year for Parliament to intervene.

Mr Stansfeld told The Times: 'They sit on things and pass the buck so no one takes responsibility. The documents put in front of courts and claimed to be genuine are in many cases forgeries.

'Not only are the signatures of the bank officials forged but customers' signatures are forged. Bank statements and other documentation is altered to the bank's advantage. A mass of irrefutable evidence for this has been with the SFO for eight months, and as far as I am aware, [they have done] nothing about it.'

It comes amid claims in July that staff at a state-owned bank forged signatures on documents used to repossess homes and recover debts.

The signatures reportedly appear on legal papers such as witness statements that have been used in court hearings by UK Asset Resolution.

The documents were used to seize debts owed to Northern Rock, Bradford & Bingley and Mortgage Express, campaigners told the BBC – with Lloyds also accused of the practice.