Bahamas Hurricane Dorian death toll will be 'staggering': THOUSANDS are still missing as bodies pile up and militias are formed to stop looting 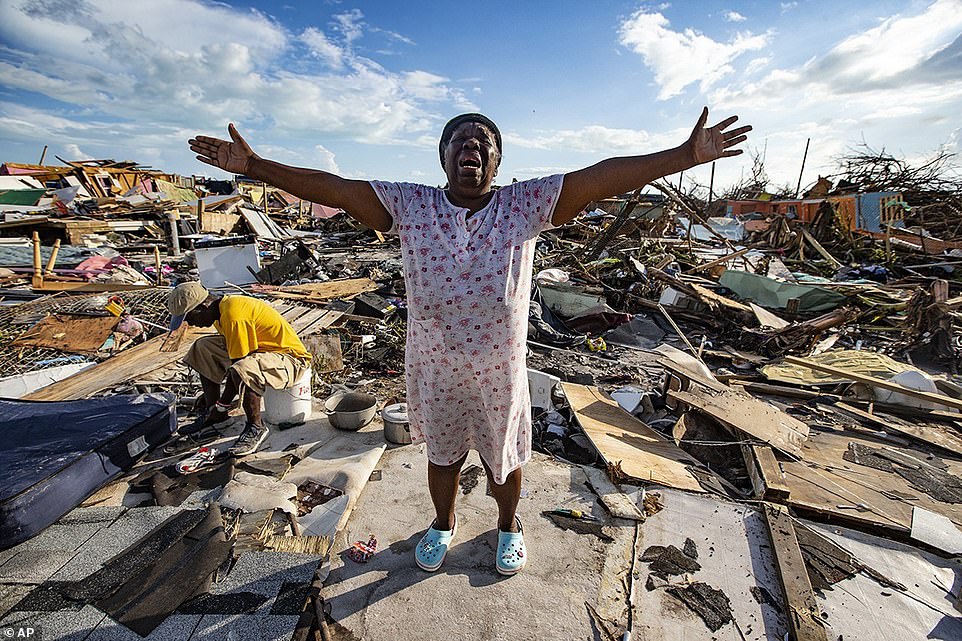 The Bahamas are facing a humanitarian crisis in the wake of Hurricane Dorian as at least 70,000 people are in need of 'life-saving assistance' and the death toll, which reached 30 on Thursday, is expected to climb. Aliana Alexis, of Haiti, stands in the wreckage of her home in a shantytown called The Mudd at Marsh Harbour on Great Abaco Island on Thursday

Half of the homes in the Bahamas were destroyed or severely damaged, racking up a total of $7billion in insured and uninsured property losses, according to a Thursday estimate

A UN humanitarian chief said around 70,000 people 'are in immediate need of life-saving assistance' 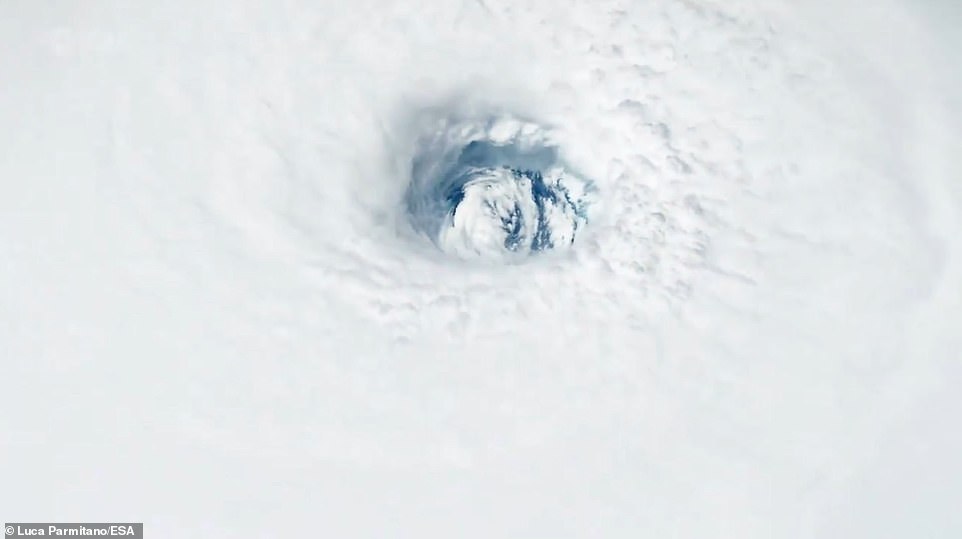 By SOPHIE TANNO FOR MAILONLINE and MEGAN SHEETS and LAUREN FRUEN FOR DAILYMAIL.COM and AP 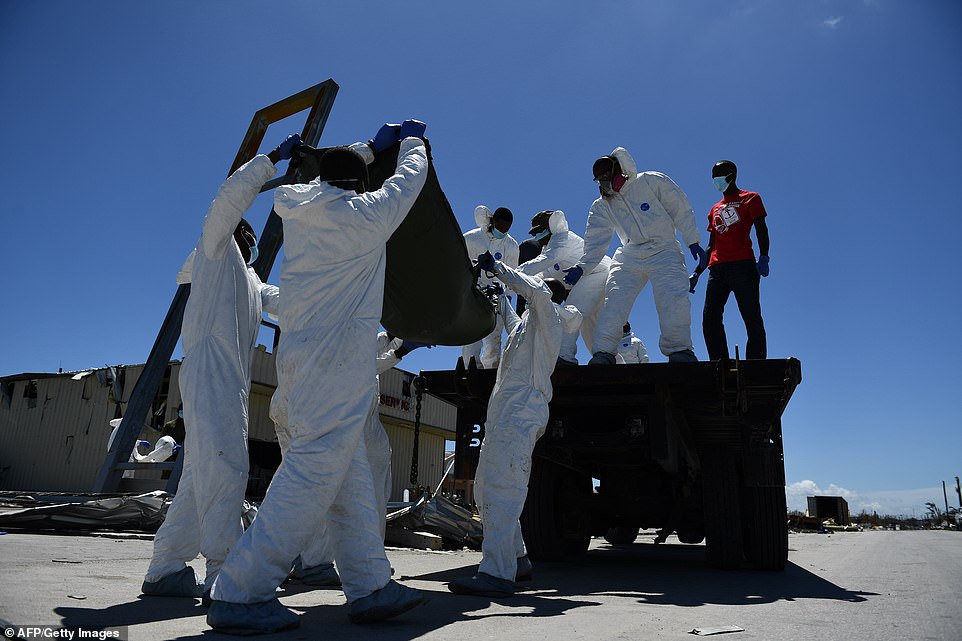 Bahamian officials have warned the Hurricane Dorian death toll could be 'staggering' with hundreds and possibly thousands still be missing from the Abaco and Grand Bahama northern islands.

Militias have been formed to stop looting as the true impact of the hurricane begins to emerge. It became clear yesterday that the Bahamas is facing a humanitarian crisis in the wake of Hurricane Dorian as up to 70,000 people are in need of 'life-saving assistance'.

Corpses have piled up and officials have ordered in hundreds of body bags as Bahamian Health Minister Duane Sands warned the official death toll 'could be staggering'. The death count climbed to 30 on Thursday but is expected to rise today. 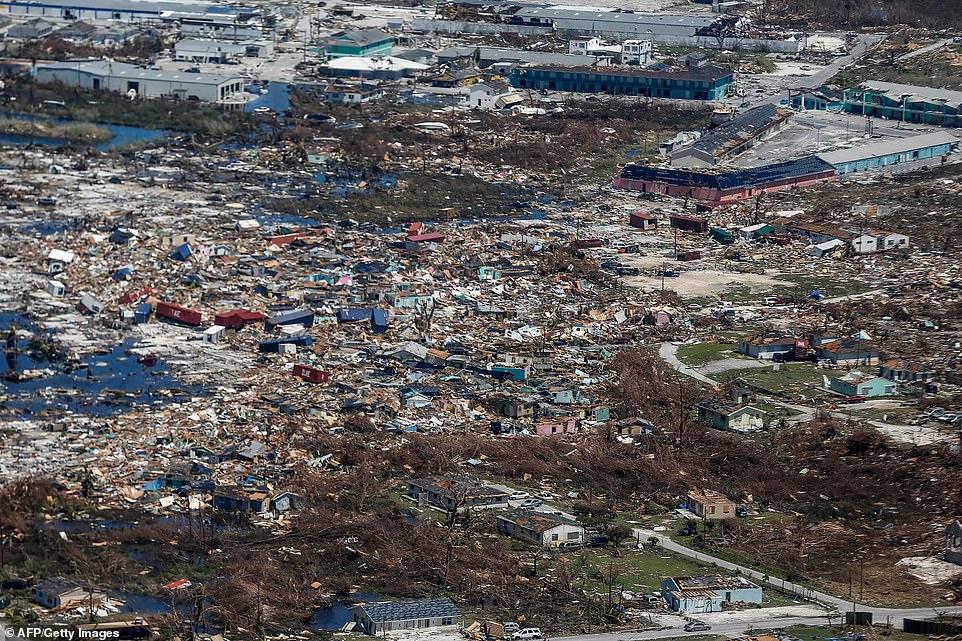 Half of the homes in the Bahamas were destroyed or severely damaged, racking up a total of $7billion in insured and uninsured property losses, according to a Thursday estimate from the catastrophe modelers Karen Clark & Co

A massive international relief effort was ramped up as the extent of the damage wrought by Dorian came into focus through satellite images and harrowing accounts from survivors, with volunteers from charities including World Central Kitchen transporting food relief for victims.

Officials are working to evacuate people to the capital in Nassau, but their efforts have been complicated by flooded runways at Grand Bahama International Airport.

Government officials have deployed extra security with witnesses seeing residents breaking into liquor stores and supermarkets, carrying off goods in bags or filling their vehicles.

It's difficult to appreciate going from the age of plenty to basic survival where even basics like food and water are not available. Even as a prepper, your stores may be lost to the elements. We retain this concept of properrty even in these circumstances. I believe overall everything is God's including us. To sustain life there cannot be looting. Virtually everything will be written off anyway so what is used to maintain life is a reality that must be faced. There is a karma whether we appreciate it or not. The Bahamas like many other lands are off shore haves for ill gotten gains. Few of us would have any idea of these things because we are not the type to exploit. However, the actions of people we never knew could affect us significantly. It always bites us in the end.