Trump declares himself ‘the chosen one,’ eats up ’King of Israel’ praise by right-wing radio host in wild messianic spiel

The chronically boastful president went on a narcissistic rant of biblical proportions Wednesday, giving a nod to a right-wing conspiracy theorist who dubbed him “King of Israel” and declaring himself “the chosen one.”

Trump kicked off the self-aggrandizing spiel with a morning tweet giving a presidential bullhorn to comments made by fringe conservative radio host Wayne Allyn Root about the commander-in-chief’s escalating beef with Democrats over U.S. support for Israel.

“Thank you to Wayne Allyn Root for the very nice words,” Trump posted before quoting the Nevada-based commentator: “President Trump is the greatest President for Jews and for Israel in the history of the world, not just America, he is the best President for Israel in the history of the world...and the Jewish people in Israel love him like he’s the King of Israel. They love him like he is the second coming of God...But American Jews don’t know him or like him. They don’t even know what they’re doing or saying anymore. It makes no sense!”

Root, who’s best known for pushing the false and racist theory that former President Barack Obama is gay and wasn’t born in the U.S., made those comments on the air while riffing on Trump’s remarks a day earlier that American Jews who vote Democratic are either dumb or “disloyal." 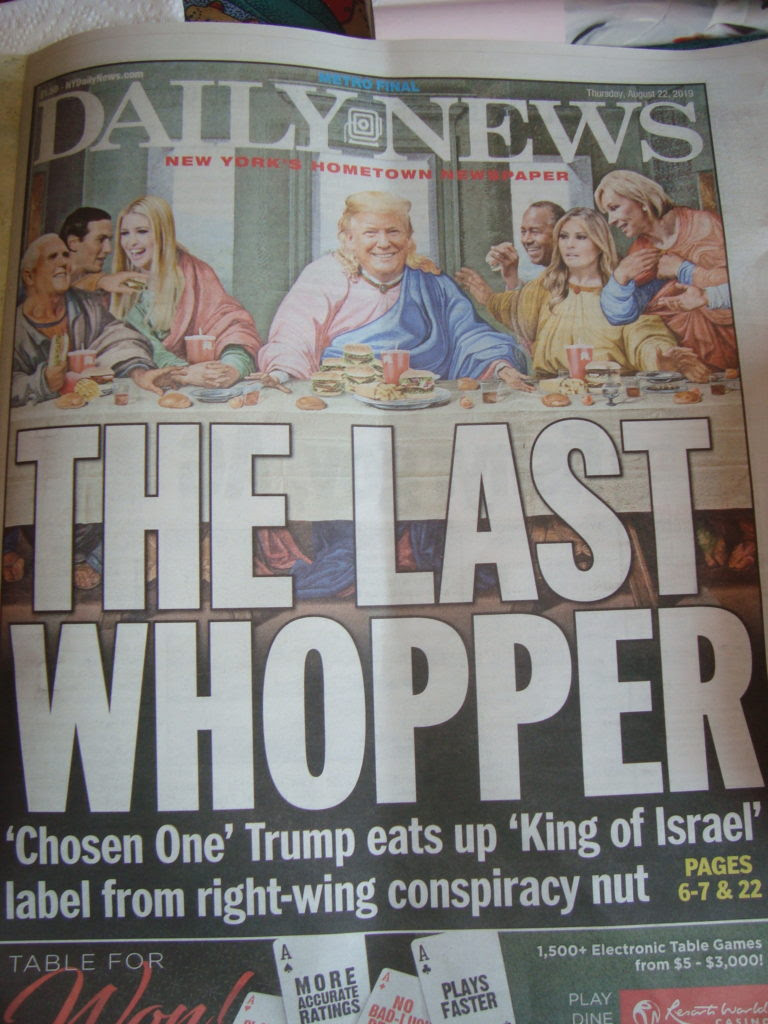 In any event, I decided I need to look more closely at the picture and sure enough, if you look at the image of Melania, you will see that there are two hands coming out of her left arm. One hand appears to be in a prayer/protective position of Trump while the other is secretly sprinkling something into a drink or onto a plate. Look closely at this image. (Notes from source.)

The hidden hand has been a factor in plots and conspiracies through the ages.

Adam Weishaupt was taught and financed by pow-erful families who were under the hands of the Hidden Hand. Hidden hand were the ones who, through certain people, had Adam Weishaupt create the Illuminati for cer-tain reasons, some of which are obvious. The Hidden Hand traces its origins back to an-cient Egypt and possibly Sumeria, therefore you see Egyptian symbolism everywhere.

I suppose it is only befitting that for my first post I should talk about the four aces for they always represent that BEGINNING ENERGY. They are said to reside at the four corners of the North Pole and are literally the conduit that implements that particular element (wands, swords, cups, pentacles.) The energy for the element comes from the astral realm and zaps the ACE and it is manifested into our material world.

In a reading, the ace always represent that beginning force so for example, if one draws an Ace of Pentacles, it can be assured that a new financial or material opportunity (money, new career offer, cars, boats, etc) is being manifested. Very simply put, Ace of Cups is new emotions, Ace of Swords new mental thoughts or energy and Ace of Wands new action or adventure.

4 ACES – THIS WOULD INDICATE TREMENDOUS POWER AND FORCE, THE COSMOS ARE LITERALLY OPENING UP TO GRANT YOU THE SUBJECT OR ISSUE IN QUESTION

Death (XIII) is the 13th trump or Major Arcana card in most traditional Tarot decks. It is used in Tarot, tarock and tarocchi games as well as in divination.

Angel number 22 is a powerful sign from your angels that you are on purpose in life and about to turn your dreams into reality.

Number 22 is called a Master Number in Numerology, which means that it has an extraordinarily powerful vibration.

The high vibration of angel number 22 comes from the fact that it is an expression of the highest intention of your angels, which is service to humanity.

Angel number 22 is a sign from your angels that you are on the verge of attaining spiritual wisdom of the highest order, and that you are called to share with the entire world.

The Biblical and the Prophetic Meaning of Number 22 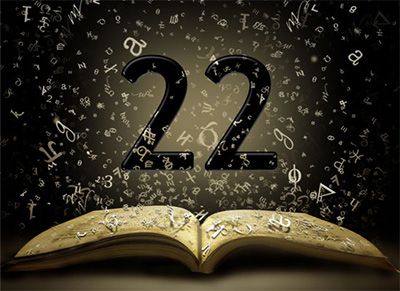 According to the Bible, number 22 is usually considered to be the symbol of disorganization. This number is made up of numbers 2 x 11 and it is known that number 11 is a symbol of chaos and disorder.

It is known that the first king of Israel, whose name was Jeroboam I, was on the throne 22 years. There was also another king of Israel called king Ahab, who also reigned for the period of 22 years.

The Bible says that God created 22 things in only 6 days of creation. Another biblical fact about number 22 is that the Hebrew alphabet is composed of 22 letters. These letters are used for the composition of the Word of God.

It is also known that the Aaronic Old Testament contains 22 books. The Bible says that there were 22 generations between Adam and Jacob. The 119th psalm has 22 parts, while the 25th psalm is made up of 22 verses.

The word “light“ is used 22 times in the Gospel of John. It is also important to say that the book of 3John was actually the 22nd book that is contained in the New Testament. It is interesting to say that the Judge of Israel, whose name was Jair, was in the service for the period of 22 years. Sometimes in the Bible number 22 is related to death.

The Meaning of Number 5

The number 5 usually indicates someone who is full of energy (but unable to channel it responsibly).

This number brings adaptability, independence of thought and action, and an unwillingness to (completely) conform.

The Number 5 as a Person

If numbers were people they would share many qualities with the extreme personalities of the gods, like Hades or Hermes. (People tend to be a combination of many numbers, so it is rare to know someone who truly lives up to one number’s personality.)

If the number 5 were a person, she would be the freedom-loving and independent child of the creative number 3 and the motherly number 2.

The number 5 is commonly referred to as the number of humanity. Human beings have five fingers, five toes, five appendages (if the head is included), five senses, and five major systems of the body. She is noted for independence, versatility, rebellion, and a daring nature.

She tends to attract people who are eccentric and don’t blend in with the social demands of the world.

The number 5 is unpredictable, and it is in her nature to be in constant motion and to enjoy all the subtle (and extreme) changes of the world.

To keep pace with the changes of the world, the number 5 changes her mind often, which is perhaps why she rarely chooses sides in a debate (regardless of her opinionated nature). She usually has a much easier time adapting to quick changes than other numbers.

The Number 5 in History

The number 5 is prominent in Lutheranism and the Jewish, Muslim, and Christian faiths (e.g. the Luther Rose, the Hamsa Hand, the story of David and Goliath).

There are five books in the Torah and five pillars of Islam, and David collected five smooth stones to defeat the giant.

The pentagram is a significant symbol in many religions including Taoism. The Pythagoreans believed the number 5 to be the number resembling a marriage between the earth and the heavens (i.e. “hieros gamos”;).

To trump is to outrank or defeat someone or something, often in a highly public way.

Numbers 10:4 If thou shalt trump with one trump, the princes and the chief men of the multitude of Israel shall come to thee;

Joshua 6:9 and all the people armed went before, and the tother common people of fighters followed the ark, and all things sounded with the trumps.

We assume our trump is an instrument. The could have no idea of today's office holder being a divinely inspired instrument. There is much encoded in this newspaper. The masonic learned to read behind the lines. So must we..