GOD WILL NOT BE MOCKED: Russian Bombers, Fighters Intercepted off Alaska 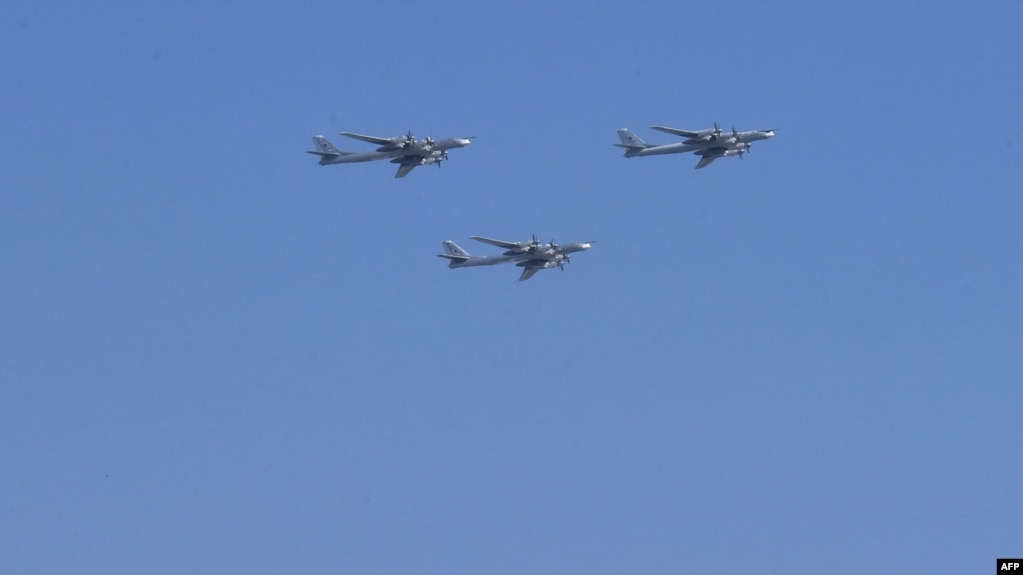 FILE - Russian Tupolev Tu-95 turboprop-powered strategic bombers are seen flying over the Kremlin in Moscow on May 7, 2019, during a rehearsal for the Victory Day military parade.

US fighters intercepted six Russian military aircraft in international airspace west of Alaska, and shadowed them until they exited the area, the North American Air Defense Command said Tuesday.

A second group of two Tu-95 bombers and two Su-35 fighters were also intercepted by a pair of F-22 fighters, it said.

An AWACS surveillance plane monitored the operations, NORAD said, adding that the Russian aircraft were in international airspace throughout.

They were picked up as they entered the Alaska Air Defense Identification Zone, a perimeter line that lies outside national airspace but within which air traffic is kept under constant surveillance to reduce response times in case of a hostile threat.

"Our ability to deter and defeat threats to our citizens and vital infrastructure starts with detecting, tracking, and positively identifying aircraft in our airspace," NORAD's commander, General Terrence O'Shaughnessy, said.

The United States has four Air Defense Identification Zones. The Alaska zone extends about 200 miles (320 kilometers) from the state's coast.