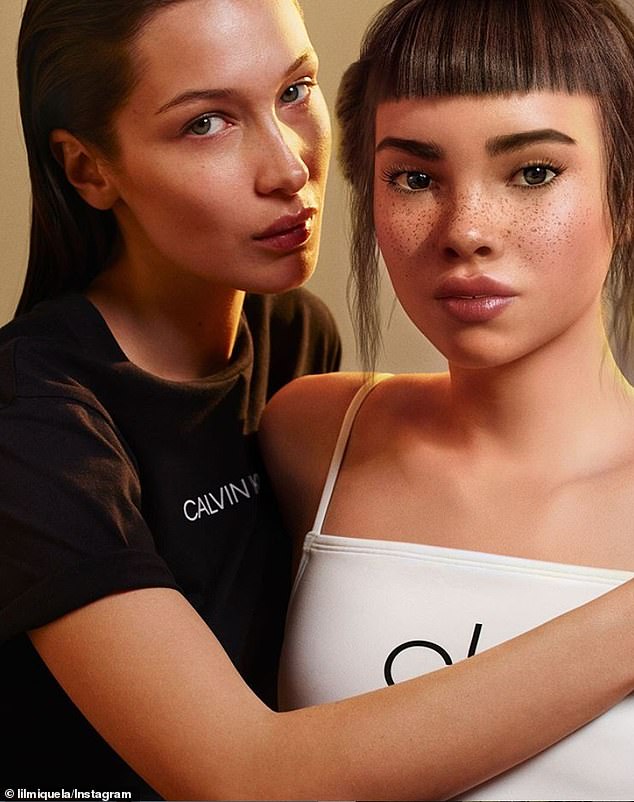 'It was not our intention to misrepresent LGBTQ+ community,' company said

By ARIEL ZILBER FOR DAILYMAIL.COM

Calvin Klein has apologized to the LGBTQ community after the company was criticized on social media for its latest ad featuring heterosexual model Bella Hadid kissing female robot Lil Miquela.

In the ad, which is part of the company’s latest ‘My Calvins’ campaign, Hadid is seen with Lil Miquela, a computer-generated robotic model.

Hadid is standing while wearing a Calvin shirt.

With techno beat music playing in the background, the narrator says: ‘Life is about opening doors.’ 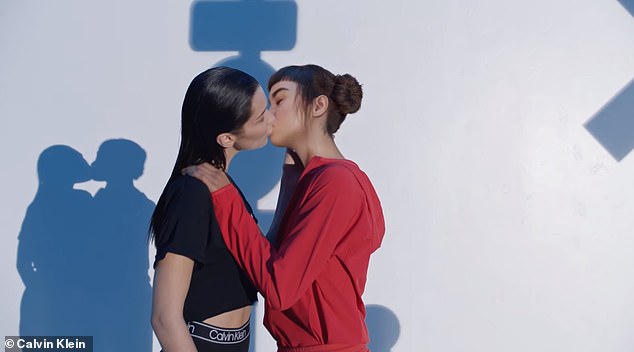 People are missing the boat here. The new silicon AI master race is being unveiled here. The order no longer has need of flesh and blood to use and abuse. It is fiber optic and circuit that is the new 'life' in town. The invasion of the silicon from Roswell is taking shape. It is the anti-life for the anti-Christ.