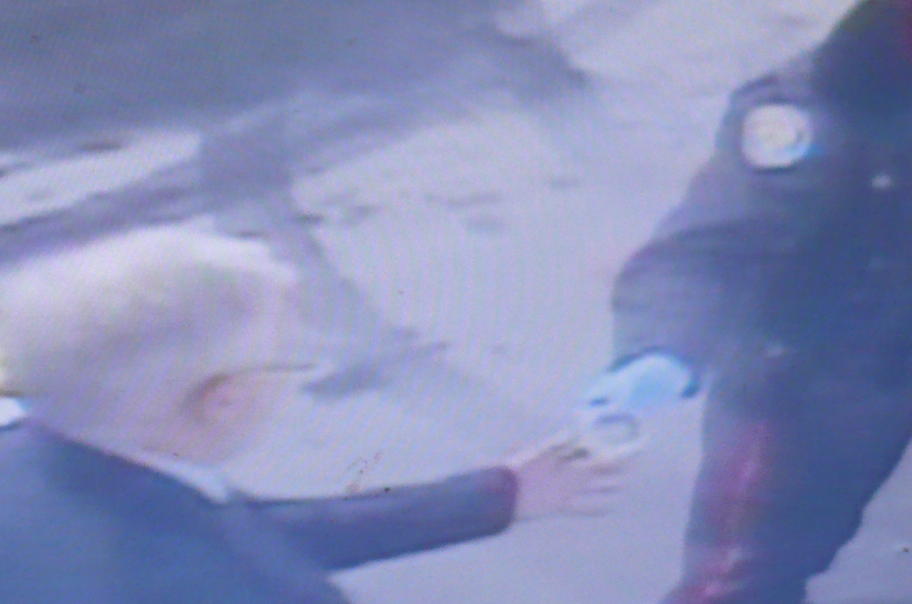 It was a challenging week this week. 'thegeorge' was faced with an intruder. The young seem to live in their own little worlds oblivious to the old. I've thrived on history and its effects on the shaping of society by its effects. I've also marveled at the effect when it is either not understood or taught. Then the effect of the past is veiled, but still a quantum factor in reality.

'thegeorge' was a peace officer for eleven years. He effected numerous arrests. He learned to effect them as a team effort based on his experience managing teams in baseball and hockey. In order to win you put your players in their best positions. You want the opposition to struggle while you score the goal or get home. I taught that to others while I was a training officer.

I marvel at the modern world where chicken little reigns supreme. In theory and practice we are to never resist evil for the fear of the worst case scenario getting hurt. That freezes us into inaction permanently. I've never been a fan of that. Many slip and fall in the shower yet we still shower. Many are killed and injured in road accidents yet we still drive and walk the streets. However, when faced by crime we're to stick our heads in the sand and never take action. On reflection I've given a formal name to the process fear fiction.

In the earliest days of jurisprudence, a successful means to deal with it was called the hue and cry. The victim would chase after the culprit calling out. Those nearby would join the pursuit in order to capture the culprit and bring the person to justice. There was no organized law enforcement as it exists today. In more recent times, the term posse came into effect whereby people banded together under the direction of civil authority to effect the capture of criminals. I use the term in my introduction of The Power Hour Nation. We're forming posse and...

I had occasion to form posse at work when intruders have to be dealt with. It is a very effective means to deal with the shortcomings of civil authority. The police are so burdened in Toronto that they do not respond to various sorts of crimes like trespassing and minor thefts. That creates a vacuum to be sure. The criminals are seeing that as a golden opportunity to ply their trade without interference. The police will not respond. The victims are frozen through fear fiction, a lack of resolve and a lack of knowledge of the law and the powers of arrest and the means to effect one. That makes the older person somewhat perplexed. We have the knowledge, have had the training and experience and are a force to be reckoned with in true community policing. I feel there is a deep seated reason for this, but I digress.

One of the urchins of the street thought to test the stealy resolve of the senior citizen ex copper. The white hair must be a symbol of senility and helplessness in the face of brash criminality. We're the new tough thugs that rule the community while it cowers. That's the rule these days. They're protected as a species. Perhaps if they studied history, they'd know our family business was the local pool hall or as my father called The Billiard Academy of the Arts and Sciences. When trouble came, it came on motorcycles. Some said Hell's Angels. Some said Satan's Choice. We learned to get along because they respect stealy resolve. That's something the purveyors of fear fiction can never understand. That's something street urchins could never understand either. They feel they're at the top of the food chain of predators.

Said urchin decided to enter the garage where I work and steal from cars to support the narcotics industry. They all do it. There are no consequences. The police won't come. They're too busy. The victims are too afraid. There's close to zero per cent chance they'll be caught. If they are, the courts will basically let them go to return to their prime duty to society taking things of value from a broad base of society and redistributing it to the narcotics trade. It is a brilliant business plan for them really.

A former executive officer from the RCMP gave me a cute sign. We don't call 911. It, of course, speaks of guns as a means of crime cessation. I don't depend on 911 either. I do the hue and cry. I use the PA system to form posse. In this case there were a good two dozen respondents young/old, gay/straight, left/right, every race and religion. The oldest was 88. That's community policing.

Some days it pays not to get out of bed.

'thegeorge' uses his managing skills to bide his time and place to make the arrest. Sometimes its fate as in this recent one. Our crook ran past a very formidable person to help me complete the task. I've never made an arrest with as skilled an accomplice as this one. The take down went well. However, the culprit resisted significantly. My confrere shouted, weapon and more effort was required. The trainee in the process was seriously worn down physically and psychologically in the response time for the police. He learned from a graduate of The Billiard Academy of the Arts and Sciences there are consequences to actions. Maybe the court will allow him out quickly, but the period of time is custody broke his will.

As in the gun control debates, those who know the least except fear fiction are the authorities on the matter. It makes for better fiction. This writer always preferred non fiction. One of those most challenging arrests he had to make involved a master of taekwondo. There was a good donnybrook as they're called. We called for back up. The city police responded. Bruce Lee met the first officer with a devating kick. He tried to deflect it. His wrist was broken. He blacked out and went down, and his pistol fell out of his holster. I thought I had my hands full before I called for assistance.

'thegeorge' shouted grab him to his partner. It seems Bruce Lee was transfixed on the gun giving us a short window of opportunity. We stretched out his arms, ran him to the nearest car and spread him across the hood. Then the sergeant came. I doubt he was the reading kind at all really. He directed us to let the fellow go. I couldn't believe there could be a person as stupid as that. However, I'm not evil. I asked him are you sure about that? He commanded louder to let him go. At that point nominations for the Darwin list are open. We let him go. Bruce spun around 180 degrees and in the most amazing form delivered a devastating kick to the sergeant's forehead. He was a big guy too. He wobbled a bit and to his credit didn't fall. He must have seen stars. Four other policeman were approaching him. They grapped the culprit and tested his head on the car door post a few times as the human battering ram. The first copper was recovering his piece and craddling his wrist. I called the sergeart Sergeant U for the imprint of the heel on his forehead. Father used to say never assume anything. You make an ass out of U and me. He was very wise being the faculty of The Billiard Academy of the Arts and Sciences.

When some street thug took a swing at me a couple of years ago. He got to kiss the asphalt as the technique is known. He was 30 years younger and 35 percent bigger. He saw stars too - lots of them. I think it was his first time tested at the academy. We got lots of Judo when I was a police cadet. I think it saved my bacon numerous times.

It is rather a shame so many are reluctant to appreciate their elders and learn from their experience. We must hope for a brighter day. Sometimes we're faced with the lion's den. We must avoid fear and master stealy resolve. God will see to our needs if we have the faith to let him. I could write a book on the people, places and events. It makes good history. I feel the moral of the story is to see the system has created a system whereby the narcotics industry profits from the ills of society by design. The politburo that makes the rules has deigned it to be that way for their benefit as masters of the game. I liked the movie RED Retired Extremely Dangerous where the old intelligence agents go back to work. I'm not restired though. Maybe they should call me ED. 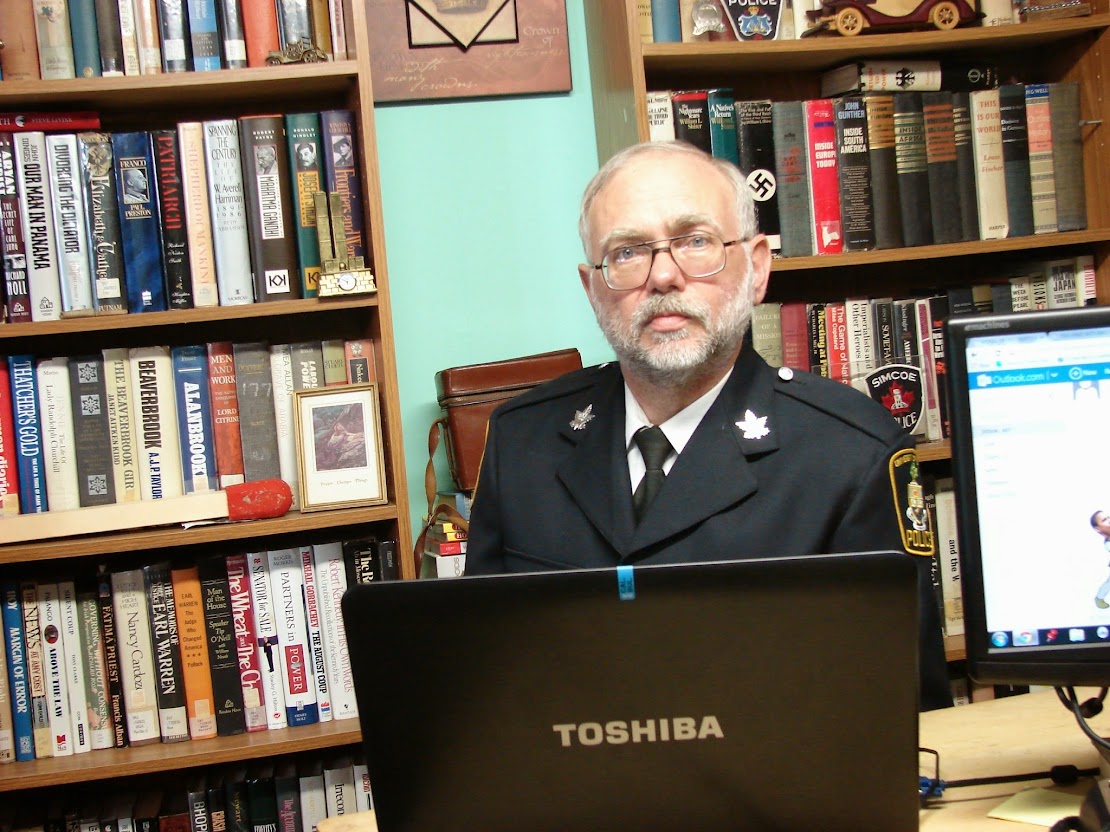