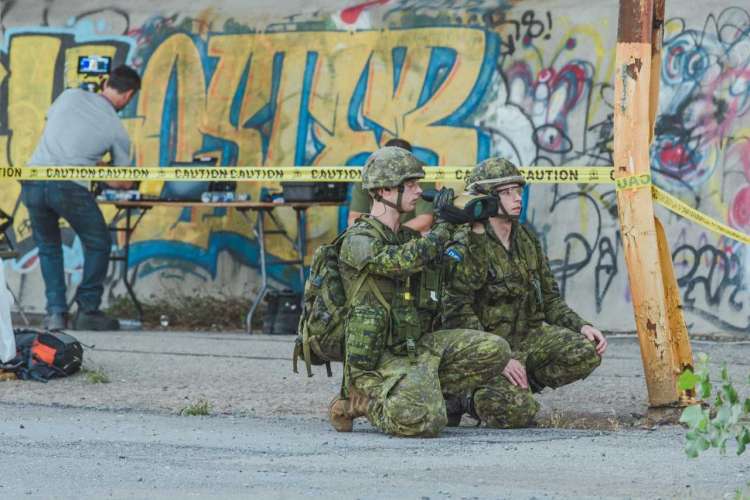 The technology was tested in Contested Urban Environment experiments in Montreal (Picture: MoD). 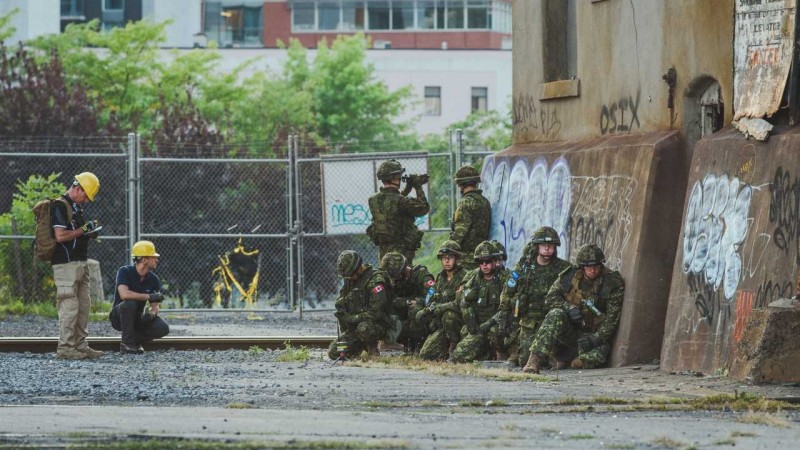 The technology is known as SAPIENT (Sensors for Asset Protection using Integrated Electronic Network Technology) flagged dangers to Canadian soldiers as sensors analysed a mock urban battlefield on the streets of Montreal, the Ministry of Defence said.

Aircraft flying at 12,00ft above Montreal sent AI-refined information back to human operators below.

Sensors identified cars and trucks and could spot vehicles which are acting suspiciously, according to the MoD.

The MoD added the technology reduces human error and frees up other soldiers who currently man CCTV-type feeds to monitor enemy movement.

SAPIENT has taken four years to develop by the Defence Science and Technology Laboratory (DSTL) and in its earlier stages, Innovate UK.

The system was tested alongside a range of experimental military technology created by other nations including robotic exoskeleton suits to help soldiers with the burden of heavy loads, night vision and surveillance systems.

British troops are expected to test the technology in the future.

"This technology can scan streets for enemy movements so troops can be ready for combat with quicker, more reliable information on attackers hiding around the corner.

"Investing millions in advanced technology like this will give us the edge in future battles.

"It also puts us in a really strong position to benefit from similar projects run by our allies as we all strive for a more secure world."

The three-week trial was the latest in the series of Contested Urban Environment experiments by soldiers from the UK, US, Australia, Canada and New Zealand.

You will notice the graffiti on the wall in the lower image. OSTER. It is a blender, of course, implying all the world's militaries will be blended together in the global police state. The concealed message leads to Robert Ludlam's novel The Osterman Weekend. We are under the twilight language pertaining to that plot. A TV news director is convinced by the CIA that there is a criminal conspiracy called OMEGA. It is a threat to national security. Comrade director turns against them. He finds out later he was played by the CIA. The TV news director was a government critic of repute as well.

In effect we're all being played to turn against the system by the CIA to have us blended into the one world system. The yellow tape is clear. CAUTION.