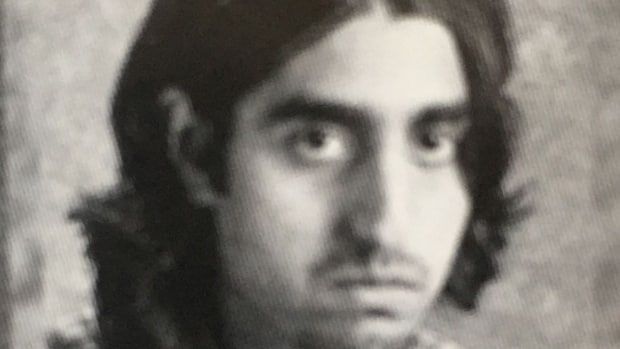 After the July 22, 2018 Danforth attack the media and police utterly betrayed themselves by conspiring to suppress the Islamic terrorist link.

On July 22, 2018 Faisal Hussein, a Canadian-born 29-year-old male of Pakistani heritage and Muslim faith, opened fire with a handgun on citizens along Toronto’s Danforth Avenue, killing two and wounding 13. After an exchange of gunfire with police Faisal Hussein turned his gun on himself.

Faisal was known to police. He had posted favourable comments on jihadi websites and had recently visited Afghanistan.

Cache of weapons, including 31 identical high-end handguns, and 42 kilograms of carfentanil

In mid-2017 Faisal’s brother, Farad Hussain, suffered an overdose. He has been in a coma ever since.

In September 2017 firefighters responded to a carbon monoxide alarm at a house on Liatris Drive, in Pickering, Ontario (40 kilometres east of Toronto). Inside the house they found a cache of weapons, including 31 identical high-end handguns, and 42 kilograms of carfentanil. It was the largest carfentanil find in North America; if not the world. This house was Farad Hussain’s home at the time of his overdose.

The media misrepresent the 42 kilos of carfentanil as a major narcotics stash. Actually, it was a massive chemical weapons stockpile.

“Before being discovered by drug dealers, carfentanil and substances like it were viewed as chemical weapons.”

The article quotes Andrew Webber, Assistant Secretary of Defence for Nuclear, Chemical and Biological Defence from 2009 to 2014. Asked about carfentanil, Webber states bluntly:

Carfentanil was developed in the 1970s as an emergency tranquilizer for large animals, however:

“Governments quickly targeted it as a chemical weapon.”

This information is confirmed in a Guardian article titled: Dose as small as a grain of sand can kill you: alarm after Canada carfentanil bust; which came out on November 12, 2017 in response to the carfentanil find at Farad Hussein’s home. The article points out:

“Carfentanil has been studied as a chemical weapon by US, China and Israel.”

For an expert witness The Guardian summoned Brian Escamilla, a forensic chemist who has trained US DEA agents for over a decade. Asked about carfentanil, Escamilla responded.

“I don’t view it as a narcotic, I view it as a toxin and a potential WMD… And I think a lot of agencies are now looking at it from that perspective too.”

In 2002 carfentanil was used by Russian authorities to end a hostage-taking incident in a Moscow theatre. Between 100 and 200 hostages died after inhaling a carfentanil mist the authorities had surreptitiously pumped inside that spacious auditorium.

The second largest carfentanil seizure on record occurred in British Columbia in 2016. Teams in full hazmat gear were called in to remove 1 kilogram from a shipping container. The arithmetic in the reportage regarding both this 2016 BC bust and the 2017 bust at the Danforth shooter’s brothers’ home is wonky; especially as regards the latter.

Regarding the bust at Farad Hussain’s home we are told that 42 kilograms of carfentanil yields 420,000 STREET doses. (Intriguingly, the primary source document for all reportage on this bust is a press release from the Durham Region Police Department – since removed.)

The precise lethal dosage of carfentanil is unknown and controversial. Estimates are as low as 20 micrograms; or 20 one millionths of a gram, which explains the 50 million figure. Other estimates are much higher. A veterinarian accidently splashed about one thousandth of a gram in his eye and survived; albeit with emergency medical assistance.

In either case, the 420,000 street dose estimate is absurd. On the street heroin is often sold in “points” or 0.1 of a gram. Forty-two kilograms divides into 420,000 “points.” Carfentanil, however, is 5,000 times stronger than heroin. One point of carfentanil would slay a raging elephant.

Packaged in marketable, “recreational” units 42 kilograms of carfentanil would yield BILLIONS of doses.

The Hussains are alleged to have been involved in a neighborhood (Thorncliffe Park) gang. Forty-two kilos of carfentanil is more dope than they could deal out in forty-two centuries. Your local Safeway does not keep billions of cans of soup on the shelf. This volume of carfentanil exceeds by many magnitudes what even a major international mafia would keep in stock.

Also note: carfentanil is a rarely used, rarely seized, drug in Canada. The chemical is simply far too dangerous to traffic and sell. Farad probably “overdosed” off the ambient vapours in the house.

Hence, the most logical explanation for the weapons cache and chemical stockpile in the Pickering house is that they were for use in a major terrorist attack.

Farad’s brother and compatriot, who no doubt frequented the stash-house on Liatris Drive, just carried out a suicide terrorist attack on civilians in downtown Toronto. What could 30 Faisals and Farads with handguns, hazmat suits and canisters of aerosolised carfentanil accomplish?

After the July 22, 2018 Danforth attack the media and police utterly betrayed themselves by conspiring to suppress the Islamic terrorist link.

The September 2017 raid on the Pickering house should have sponsored headlines reading: “Islamic terrorists found with chemical weapons stockpile.” It didn’t.

Institutionalised “Islamophobia-phobia” could get catastrophic.

Kassam, Ashifa. Dose as small as a grain of sand can kill you: alarm after Canada carfentanil bust; The Guardian, November 12, 2017.

Durham Regional Police raid on Farad Hussain's home in 2017 revealed 42 kilograms of carfentanil and 31 identical handguns. It was the largest carfentanil seizure ever in North America. It is 100 times stronger than fentanyl. That would make billions of doses on the street. Experts consider it a chemical weapon. It was the gas that killed the hostages in the Moscow theater siege in 2002. These were hard core Jihadi's hoping to slay infidels en masse. Fortunately the country was saved by a CO detector. Farad was overwhelmed and is in a coma. I'll say it till I'm blue in the face. This was a military intelligence black ops. The primary plan failed and Faisal went on a solo mission possibly with help. Yet we are expected to believe he wasn't on the police radar. He threatened two security guards with death, and the police didn't have the resources to deal with him. I would say as a state intelligence asset, they weren't permitted to. Many died in Moscow from what I would assume to be a much more measured dose. 42 kilograms could have taken out a skyscraper or sports stadium. Comrade Trudeau was the ultimate Jihadi facilitator to be sure. Toronto you got off lucky. Thousands could have perished if this got into a ventilation system or was smoked at the Dome. Remember the police alert the week before the attack in that area.