Tubilustria of May a tribute to Vulcan 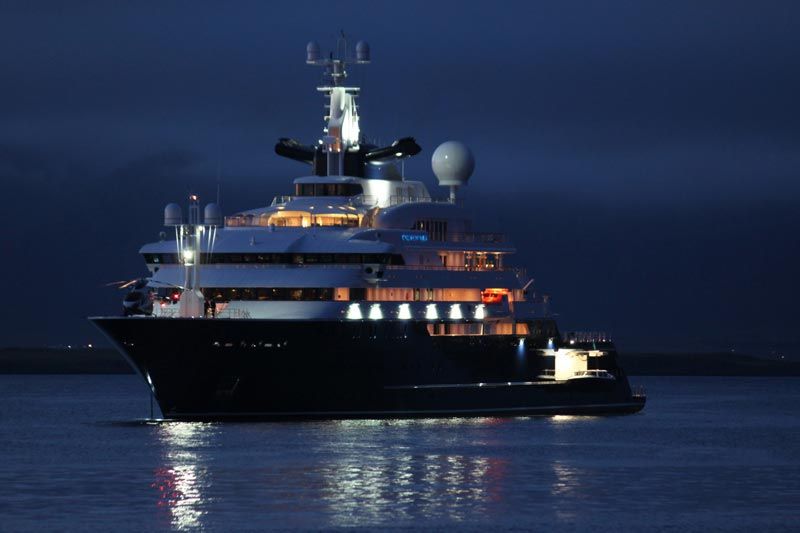 Volcanalis our master of tribute to the ancient god of Rome Vulcan may very well have set up shop at the island of Bali in Indonesia. Only here at the Cafe dare anyone ponder the explorations of Paul Allen's R/V Petrel now docked in Singapore adjacent a dry dock after a sojourn through the Java Sea finding World War Two shipwrecks. In fact she has been well used in that capacity. 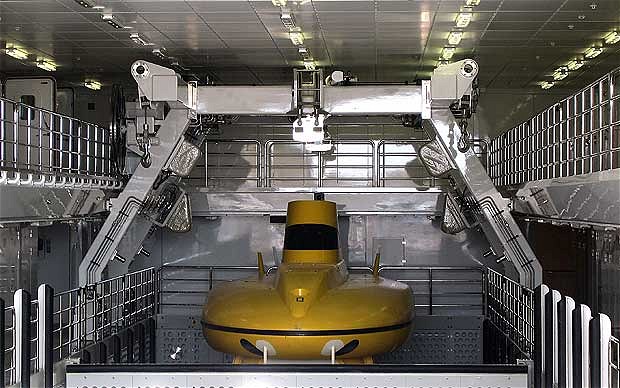 Paul Allen's submarine Pagoo perched in her bay aboard Octopus

I wonder why all these wrecks are situated near volcanoes and plates. Could it be that the company that owns the R/V Petrel, Vulcan, is named for the Roman deity? As the tribute day May 23rd the 10th day before the Kalends of June approaches, Paul Allen's yacht Octopus has anchored off Bali. To those unfamiliar with the Ring of Fire, it has four nearby volcanoes two of which are quite active.

One is Mount Agung (gold) just up the coast from Octopus' position. The other two, Batur and Bratan (green) are further inland. Across the channel on Pulau Lombok is situated the other active volcano Rinjani part of the Barujari intra-caldera cone. This has to be more than mere coincidence. While there is nothing wrong in observing great feats of nature and participating in an ancient religion long forgotten by the general public we query the sacrifice components and wonder if they are practised still today. Worse still that the eruptions are encouraged to spread the fire of creation to the potential of catastrophe. Time will tell, and we are on station as observers to the spectacle. 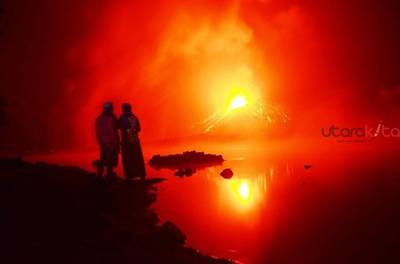 We may be the only witnesses to the future history. Rinjani erupting under watchful eyes. Octopus at anchor on the southern tip of Bali 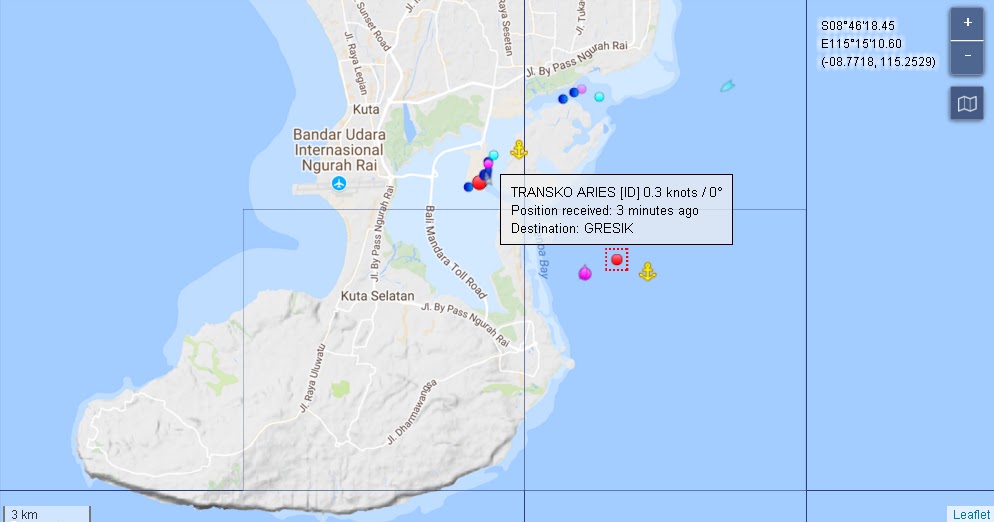 Another ship the Transko Aries is in close proximity. She is a chemical/oil tanker. She was to be enroute to the port of Gresik. She is carrying her previous name in this photo. She could be fuel to a better fire if her owners were celebrating the Tubilustria of May, but the area is a very highly traveled sea lane.

Octopus carries a deep sea ROV called Octo as well. It does the serious diving. Pagoo can only dive 1,000 feet. Pagoo was a children's story about a hermit crab taken from the depths and a plot of breaking the food chain.

Nautilus enters Volcania. Will Pagoo return to the sea? Will the 23rd of Maius be a Roman Event?

The octupus was perceived to be a sea monster as the Gorgon of ancient Greece, Victor Hugo's Toilers of the Sea, Ian Fleming's Octopussy, and of course the infamous Twenty Thousand Leagues Under the Sea, but that was really a giant squid. However, Captain Nemo may be a better foil for Paul Allen. 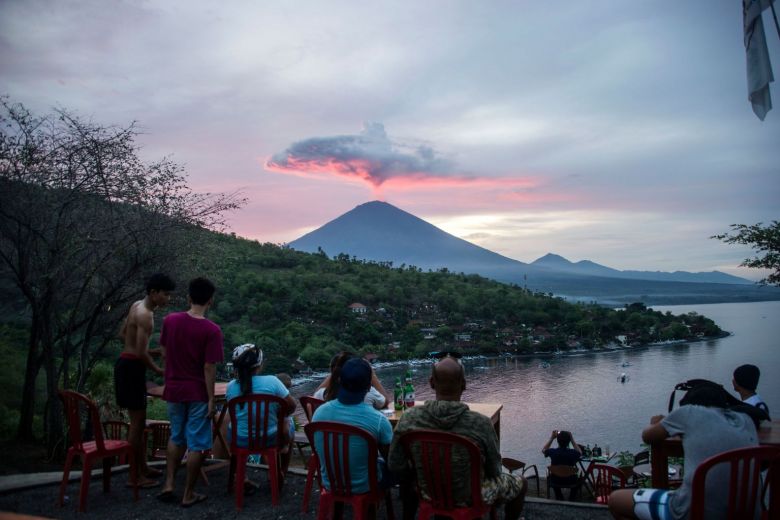 Tourists gather to watch Mount Agung at Amed beach in Karangasem on Indonesia's resort island of Bali, on Nov 30, 2017.