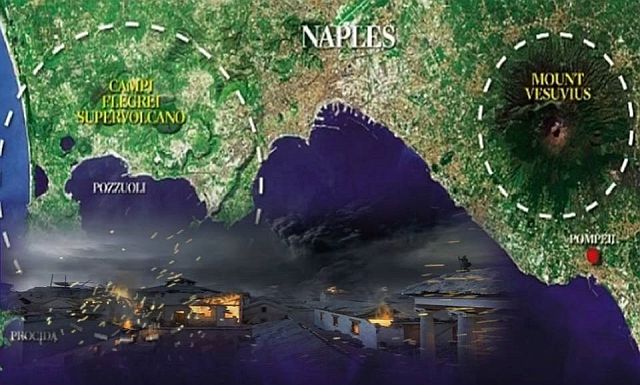 Geologic history is stretched over vast eons of time. The scars on this planet are extensive. A notable one is from the super volcano Campi Flegrei in Italy. It lies along the Sicily-Malta escarpment. It has been dormant since the 1980's, but the magma chambers are filling. There are reports of danger on the horizon if the volcano erupts. Italy has stopped monitoring them in a cost saving exercise. We see the commencement of a classic tragedy set to occur as they do in human history.

Fortunately for us Paul Allen was exploring the area last summer and reported the discovery of the Italian destroyer Artigliere lost in the Battle of Cape Passero in 1940. Ironically this year Allen's research vessel Petrel is in the Java Sea searching for other lost vessels recently reporting the discovery of the USS Helena lost to the Japanese in WW2. However, we're concerned that there is another super volcano in the midst of all this Krakatoa. The fact his company is called Vulcan named after the volcano god leads us to consider shipwrecks are a cover story for more explosive research. 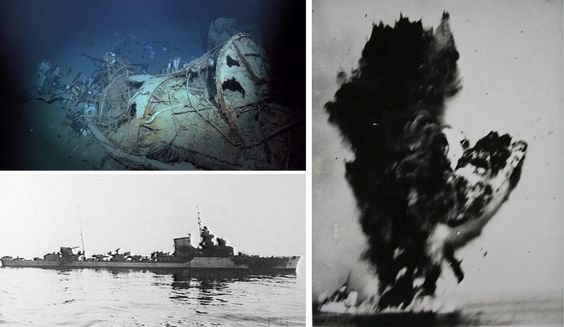 There were reports as well of nuclear weapons being moved in the vicinity of the Yellowstone super volcano. These places are the most sensitive areas on the planet earth. Whereas they are in public view most people have no idea of the natural activities beneath the surface. A limited minority are. If there are practitioners of Vulcan from ancient Rome, they know the sacrifice days are nigh. They are May 23rd and the major event of August 23rd. 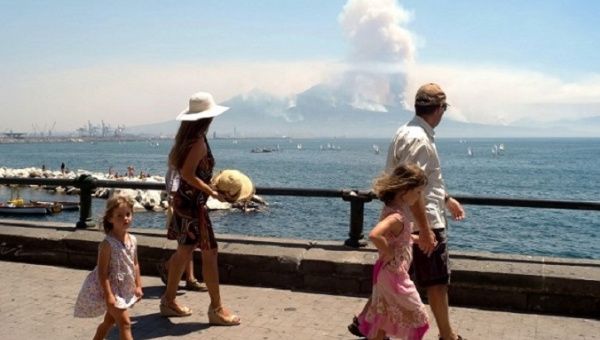 The flamen Volcanalis was in charge of the cult and officiated the sacrifice to the goddess Maia annually at the Kalendae of May. Vulcan was placated by the Great Fire of Rome in 64 AD. An altar was established to Vulcan on the Quirinal Hill in Rome. A red bull and cow were added to the sacrifices. Of course in the Bible the harlot rides the red beast in the revived Roman Empire we know as the European Union. Will it be the sacrifice?

As we look further into the voyages of the R/V Petrel and Paul Allen, we find that his explorations of the various shipwrecks are in the vicinity of some pretty impressive volcanoes. As a case in point most people are aware of the activity on Iceland. It is the ultimate in fire and ice photography. However, one of the world's most famous shipwrecks, HMS Hood, was dived. Its bell was recovered. It was an amazing feat, but the mid-Atlantic Ridge splitting Iceland and separating the North American and Eurasian Plates is there. 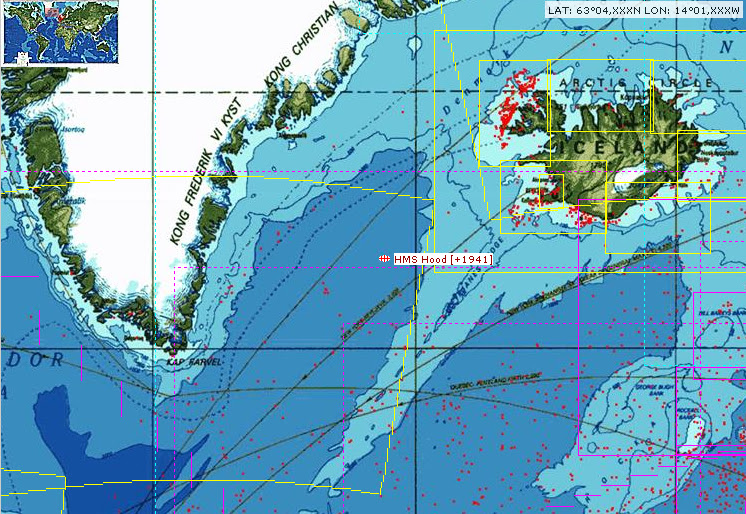 Another great wreck site that was dived was that of the USS Juneau. It is located at near 10°34′S 161°04′E. That's in the Solomon Islands. There are several volcanoes there, but Kavachi bears attention. It is very active and under water. It is in the vicinity of the wreck as well. 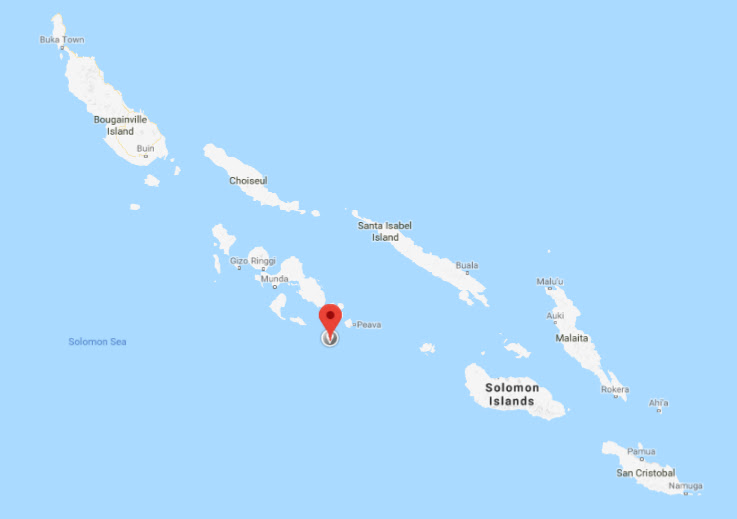 The USS Juneau was lost near San Christobal. Kavachi is marked by the red balloon. 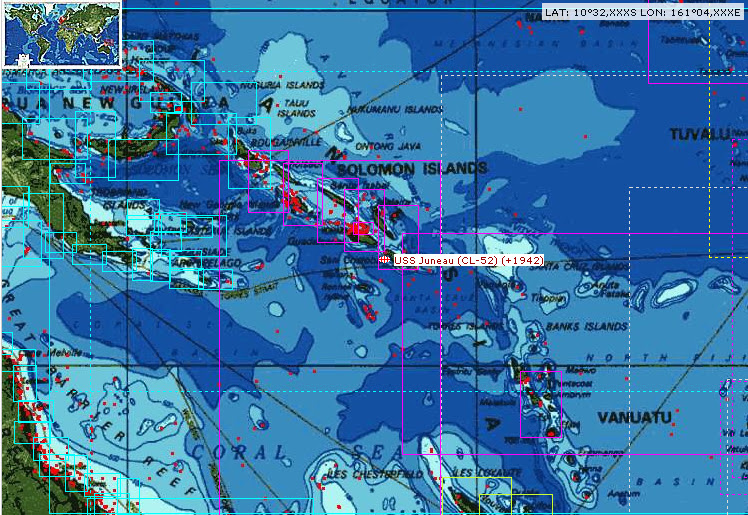 In late 1944 a battle was fought in Ormoc Bay in The Philippines. Numerous vessels were sunk. The R/V Petrel surveyed the area twice late last year and early this year. The wrecks of USS Ward, USS Cooper, the Japanese destroyers Shimakaze,  Hamanami, Wakatsuki and Naganami were identified. Not to be left out there are two volcanoes in the vicinity as well. There is evidence there is activity. 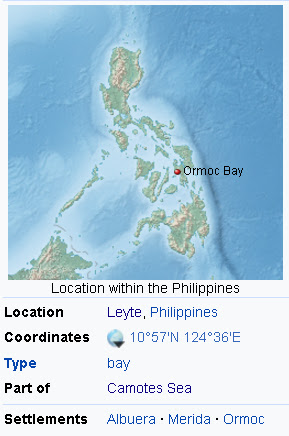 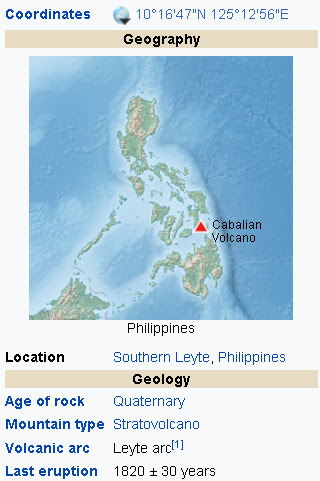 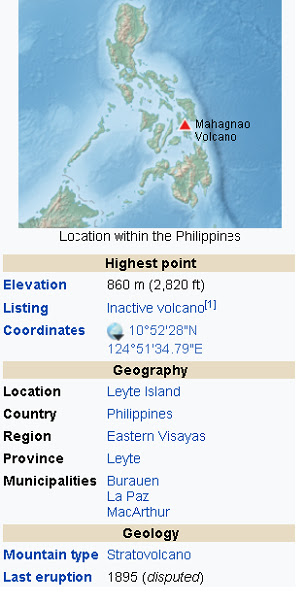 Petrel was searching the Philippine Sea for a lost navy C-2A Greyhound aircraft heading for the USS Ronald Reagan November 22, 2017. There were no co-ordinates given, but that area is a plethora of plates. This would imply this vessel is more than a hobby and may be actively working with the US Navy. If that is the case, all the resources of the navy and the oaths of secrecy are involved. 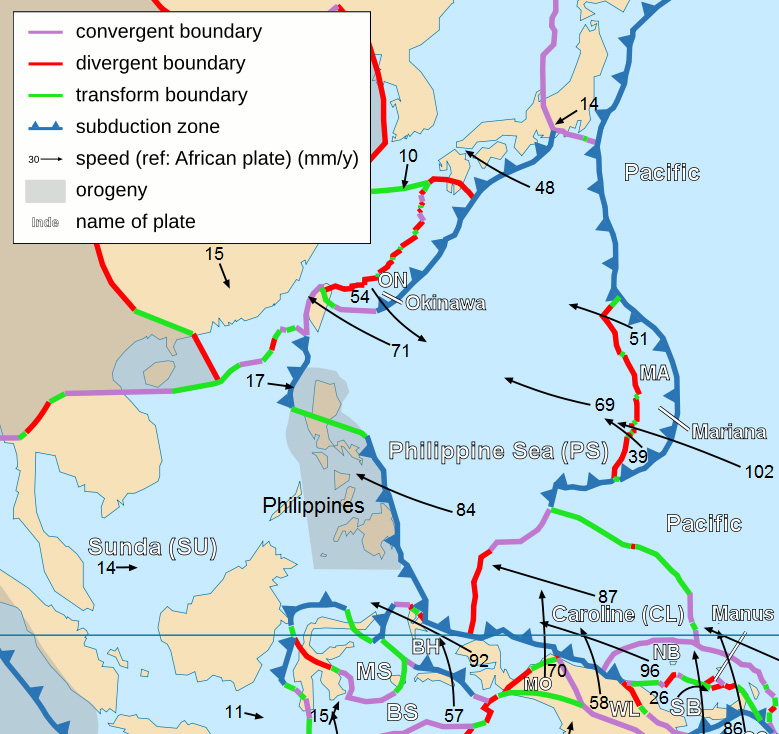 The other Philippine Sea wreck of renown was that of the USS Indianapolis the ship that delivered the atomic bomb to Tinian. On its return journey, it was torpedoed and sunk by the Japanese submarine I-58. There was heavy loss of life. The worst part is there was no distress signal and the survivors were stranded in shark infested waters for days. It was a nightmare. 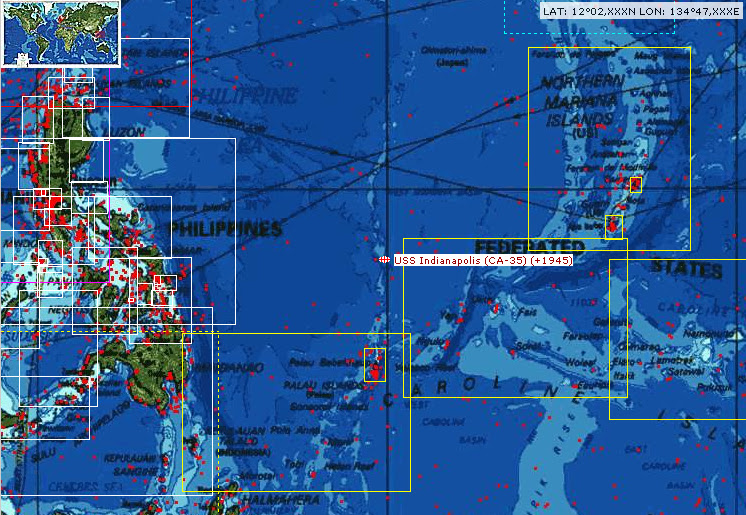 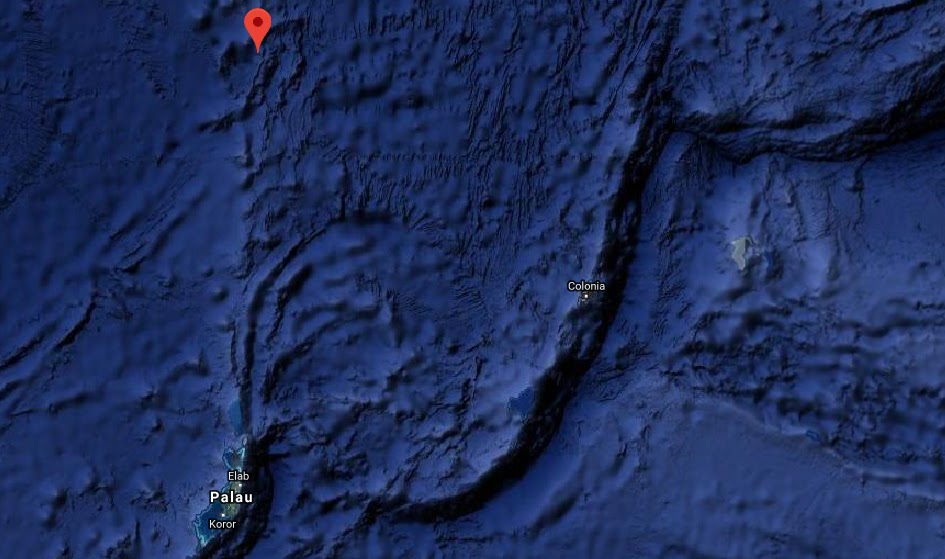 The ship is north of Palau. The Kyushu-Palau Ridge is a significant feature. It is a long extinct volcanic ridge. However, running parallel to this ridge is the Izu-Bonin-Mariana Arc or IBM for short. The Mariana Arc has 60 volcanic centers of which 26 are active. There's a total of 700 volcanoes of which 200 are submerged. I would suggest these are perilous times.
In the King James Bible, Matthew 24:7 states: For nation shall rise against nation, and kingdom against kingdom: and there shall be famines, and pestilences, and earthquakes, in divers places.
We are told divers was an old form of diverse although I remember it that way. Is this another Mandela Effect? What if it means what it says? Diver's places. Even a deep sea manipulation of the geology can be said to be diverse. 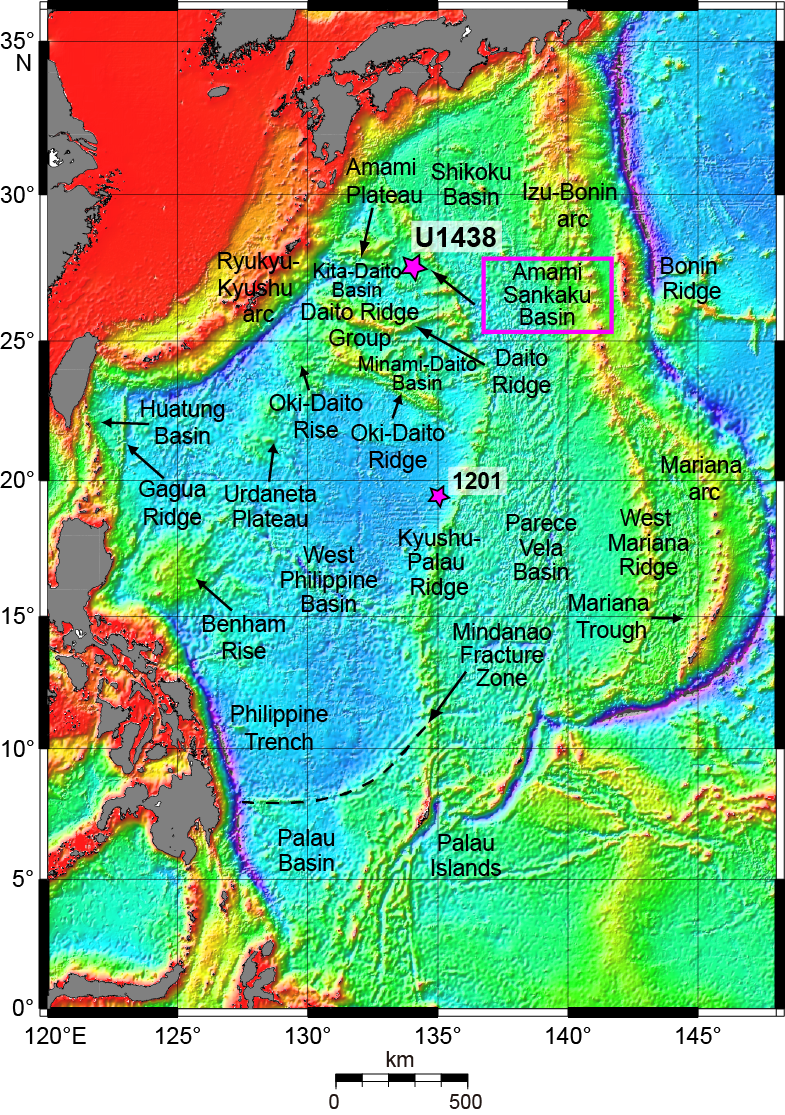 The Mindanoa Fracture Zone seems to end in the vicinity of the wreck. Properly stimulated it could cause quite a reaction in the above the sea world. Allen made news in 2015, too, diving the IJN Musashi a Japanese battleship lost in the Battle of Leyte Gulf. What are the odds? The Philippine fault is one of the major strike-slip faults of the world. It has an extension the Sibuyan Sea Fault. Of course this discovery was made with his previous equipment the yacht Octopus which carries a submarine inside a bay within the ship. It is worthy of James Bond. He sailed the waters around Iceland before as well. There are other players in the Sub War. Some of Steve Cameron's died in a helicopter crash. 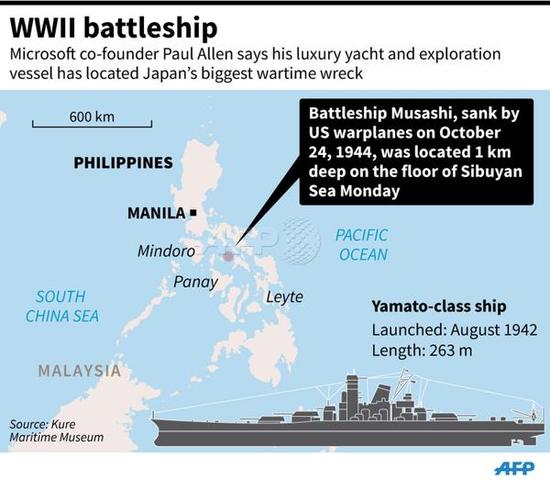 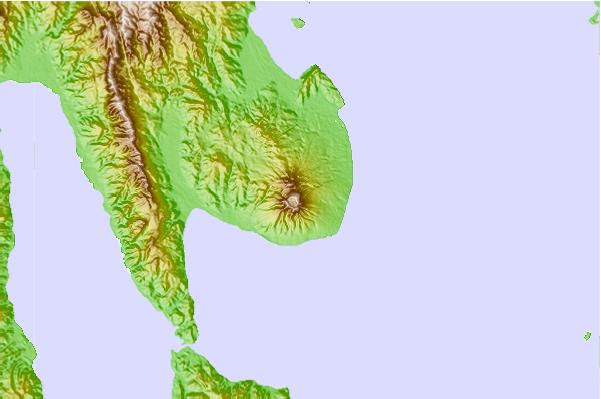 The IJN battleship Yamashiro was also lost in the Battle of the Surigao Strait. Ironically she rescued survivors the Great Kantō earthquake in 1923. The Cabalian volcano is clearly seen at the tip of the island of Leyte. The strait is on the right.

Our last wreck is that of the USS Lexington lost in the Battle of the Coral Sea. Lexington was nicknamed the Lady Lex. Lex in Latin means law. In international waters there is no law save Admiralty Law. In effect anything goes. In a TV series called Lexx there is a space battle between the dark and the light energy forces. This struggle exists in all planes. There doesn't seem to be anything significant near the Lexington. There are small cays near Mellish Reef Australian territory. They were searched for the wreck of the French Frigate Duroc lost in 1856. 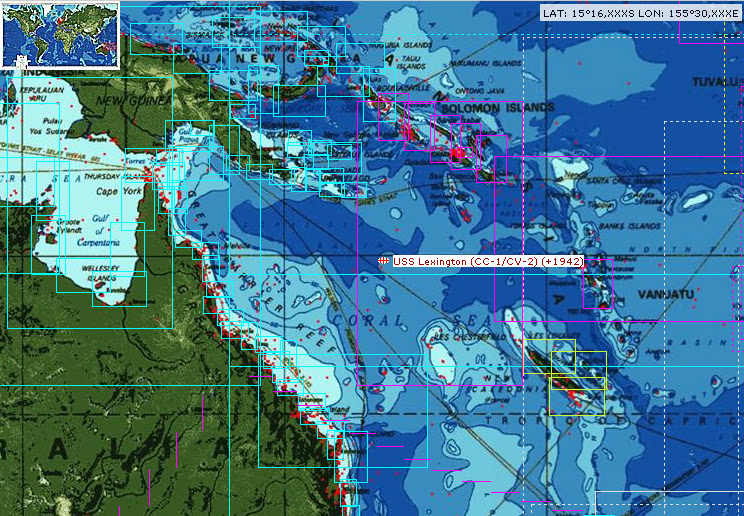 So all in all our yarn beneath the seas reads like a plot from a James Bond novel. Is there a Dr. Evil scouring the plates and ridges beneath the waves for a nefarious purpose? If there was, it would be a dastardly deed. Mass volcanic eruptions and quakes could cloud the skies for years in a mass extinction type of event. No one could dare to even contemplate such an action never mind defend against it.