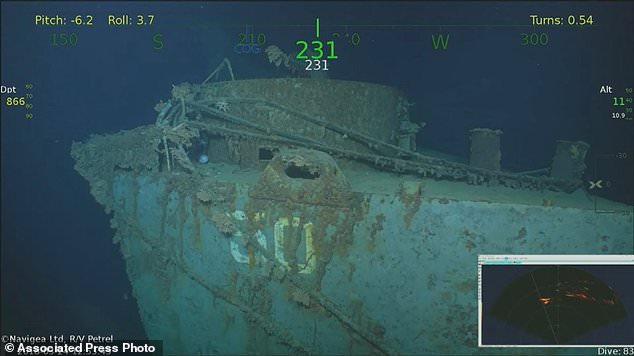 Vulcan Inc team led by Paul Allen discovered the light cruiser off of Solomon Islands on March 23, nearly 75 after it was sunk

Microsoft co-founder's mission to locate sunken warships in the South Pacific has chalked up another victory with the discovery of the USS Helena nearly 75 years after it was sunk by Japanese torpedoes in the waters off the Solomon Islands.

Paul Allen's team searches for the ships to 'bring the history back into a relevant conversation,' said Janet Greenlee, a spokeswoman for Allen's Vulcan Inc. 'He wants to honor those that have served and are serving.'

The wreckage of the Helena was found on March 23, about a half mile below the surface of the New Georgia Sound. The team identified the light cruiser by the number 50 on its side and by comparing the wreck to the USS Helena's schematics.

Sometimes these undersea missions are a cover story for something else. Bob Ballard was looking for two lost U.S. nuclear submarines. The Titanic and the Bismark were cover stories. Ballard was working for naval intelligence. So let us surmise. What else is in the neighborhood. How about the global reset button the volcano Krakatoa.

RV Petrel or R/V Petrel (IMO: 9268629, MMSI: 235102789) is a 76.45-metre (250.8 ft) research vessel owned by Microsoft co-founder Paul Allen. The ship is named after the sea bird petrel. In 2016, Allen purchased the offshore service vessel formerly named Seven Petrel from Subsea 7, a subsea engineering, construction and services company. In 2017, the ship completed an extensive retrofitting to become a deep submergence research vessel. Today it is the only privately-owned vessel in the world equipped to explore 6,000 m (19,685 ft) depths. It also serves as a testing bed for new deep sea equipment that has never been deployed on any other ship.

As you read in the news article, the ship is owned by Paul Allen's Vulcan Inc.

Vulcan (Latin: Volcānus or Vulcānus; pronounced [wɔlˈkaːnʊs], [wʊlˈkaːnʊs]) is the god of fire including the fire of volcanoes, metalworking, and the forge in ancient Roman religion and myth. Vulcan is often depicted with a blacksmith's hammer. The Vulcanalia was the annual festival held August 23 in his honor. His Greek counterpart is Hephaestus, the god of fire and smithery. In Etruscan religion, he is identified with Sethlans.

Vulcan belongs to the most ancient stage of Roman religion: Varro, the ancient Roman scholar and writer, citing the Annales Maximi, records that king Titus Tatius dedicated altars to a series of deities among which Vulcan is mentioned.

Vulcan's oldest shrine in Rome, called the Vulcanal, was situated at the foot of the Capitoline in the Forum Romanum, and was reputed to date to the archaic period of the kings of Rome, and to have been established on the site by Titus Tatius, the Sabine co-king, with a traditional date in the 8th century BC. It was the view of the Etruscan haruspices that a temple of Vulcan should be located outside the city, and the Vulcanal may originally have been on or outside the city limits before they expanded to include the Capitoline Hill The Volcanalia sacrifice was offered here to Vulcan, on August 23. Vulcan also had a temple on the Campus Martius, which was in existence by 214 BC.

The festival of Vulcan, the Vulcanalia, was celebrated on August 23 each year, when the summer heat placed crops and granaries most at risk of burning. During the festival bonfires were created in honour of the god, into which live fish or small animals were thrown as a sacrifice, to be consumed in the place of humans.

The Volcanalia were part of the cycle of the four festivities of the second half of August (Consualia on August 21, Volcanalia on 23, Opiconsivia on 25 and Volturnalia on 27) related to the agrarian activities of that month and in symmetric correlation with those of the second half of July (Lucaria on July 19 and 21, Neptunalia on 23 and Furrinalia on 25). While the festivals of July dealt with untamed nature (woods) and waters (superficial waters the Neptunalia and underground waters the Furrinalia) at a time of danger caused by their relative deficiency, those of August were devoted to the results of human endeavour on nature with the storing of harvested grain (Consualia) and their relationship to human society and regality (Opiconsivia) which at that time were at risk and required protection from the dangers of the excessive strength of the two elements of fire (Volcanalia) and wind (Volturnalia) reinforced by dryness.

It is recorded that during the Vulcanalia people used to hang their cloths and fabrics under the sun. This habit might reflect a theological connection between Vulcan and the divinized Sun.

Another custom observed on this day required that one should start working by the light of a candle, probably to propitiate a beneficial use of fire by the god. In addition to the Volcanalia of August 23, the date of May 23, which was the second of the two annual Tubilustria or ceremonies for the purification of trumpets, was sacred to Vulcan.

The Ludi Volcanalici, were held just once on August 23, 20 BC, within the temple precinct of Vulcan, and used by Augustus to mark the treaty with Parthia and the return of the legionary standards that had been lost at the Battle of Carrhae in 53 BC.

A flamen, one of the flamines minores, named flamen Volcanalis was in charge of the cult of the god. The flamen Volcanalis officiated at a sacrifice to the goddess Maia, held every year at the Kalendae of May.

Vulcan was among the gods placated after the Great Fire of Rome in AD 64. In response to the same fire, Domitian (emperor 81–96) established a new altar to Vulcan on the Quirinal Hill. At the same time a red bull-calf and red boar were added to the sacrifices made on the Vulcanalia, at least in that region of the city. 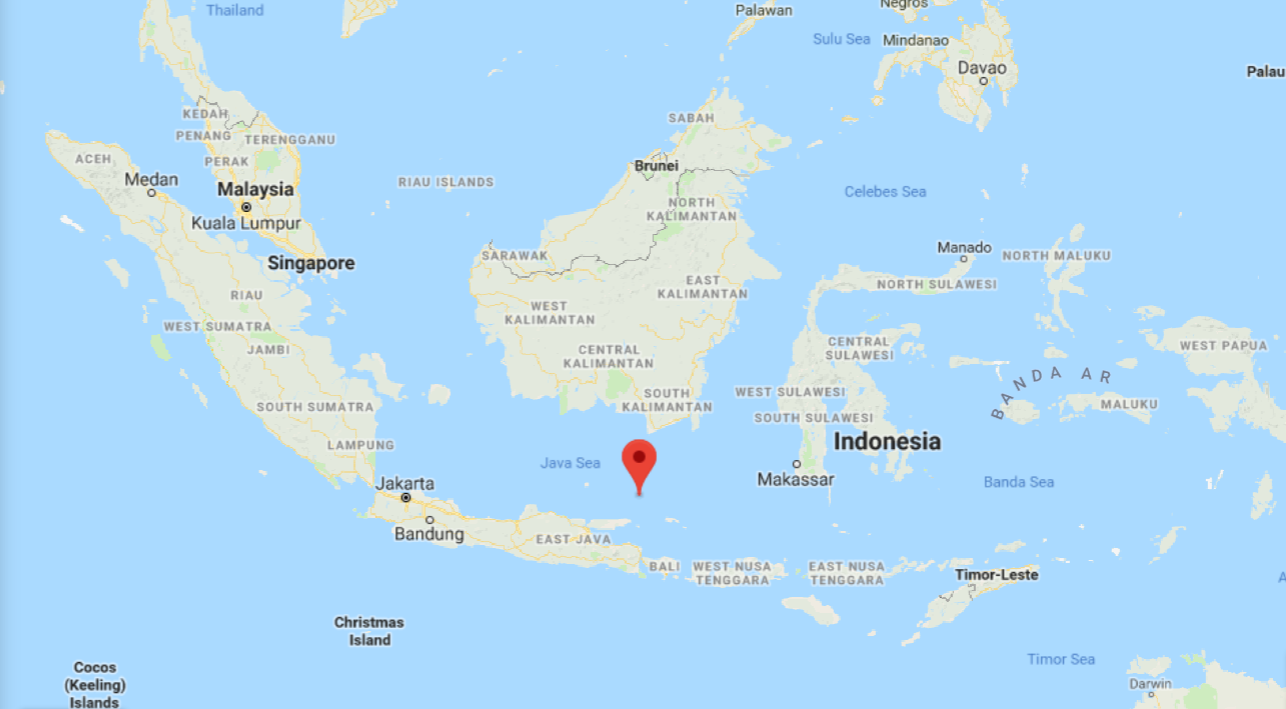 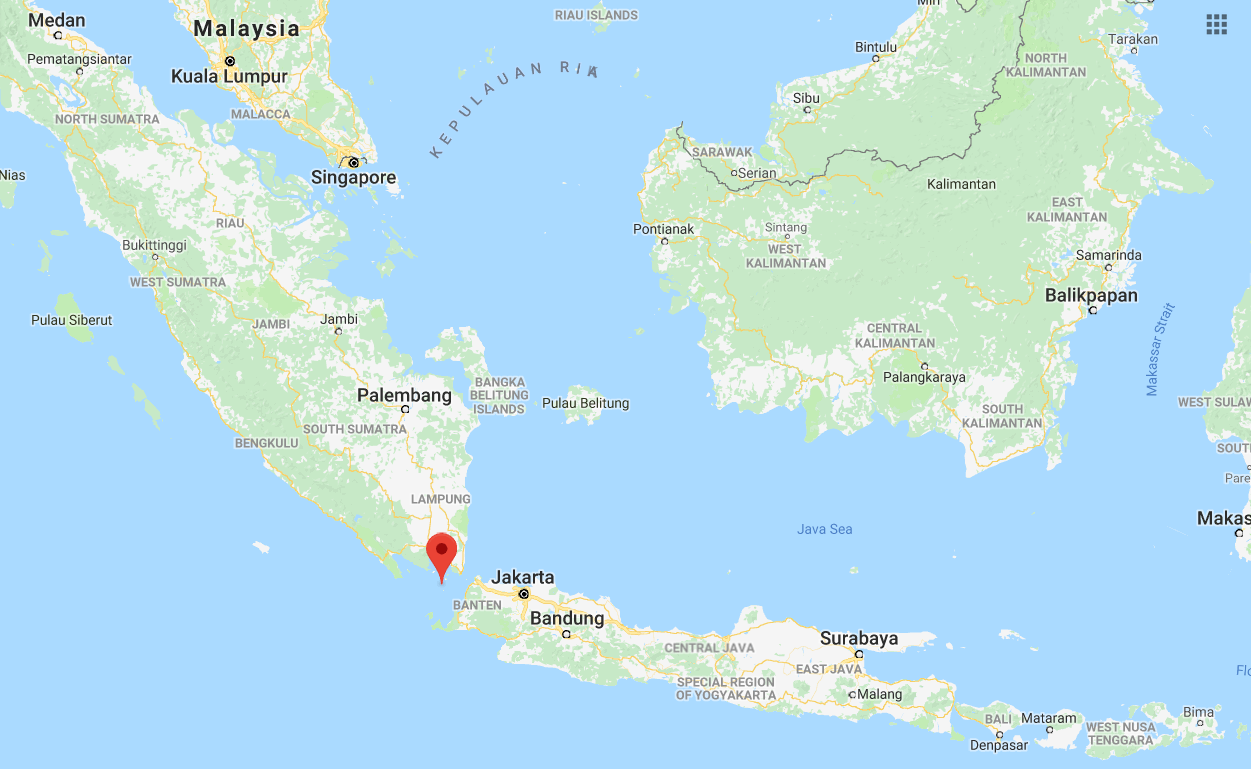 If you haven't seen Secrets of the Dead Catastrophe, do. The world went dark for yeas in a mass extinction event.

It is no secret the elite rich would love to reduce the world's population. Is it reasonable to deduce that the company Vulcan may be named for religious purposes as opposed to the fact it is an interesting name? If they are proponents, what happens if they sacrifice more than fish and small animals in the biggest bonfire since 1883. 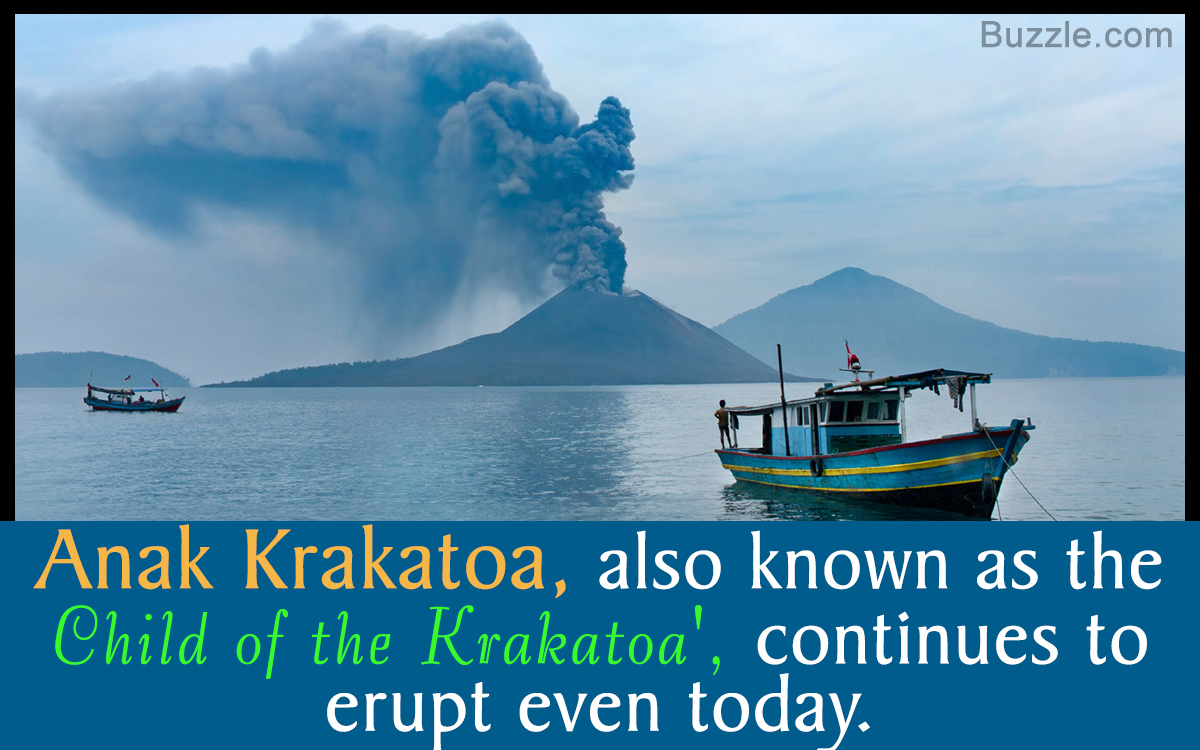