In less than a week since they survived a mass murdering gunman attack on their school, two students who quickly became media stars of the Parkland, Florida school shootings are now media obsessed to the point they say they are snubbing an invitation to meet with President Donald Trump this Wednesday in favor of appearing on a televised town hall with CNN’s Jake Tapper. […]

“I think it’s disgusting, personally. My father’s a retired FBI agent and the FBI are some of the hardest working individuals I have ever seen in my life,” proclaimed David Hogg to CNN. Anyone who has been following the news could tell you that many in the FBI have been working against the president from the start, with the most notable case involving collusion between the FBI, Obama Administration, and the Clinton campaign’s to push the false ‘verification’ of the junk Steele Dossier. It has also been widely reported that the FBI received tips well in advance of the Flordia school shooting and decided, for whatever reason, not to act.

The fault for this tragedy lies squarely on the shoulder’s of the FBI, who could have prevented this back in January.

Adding to the credibility of Hogg, in a recently uncovered early cut from one of his interviews it appears he was heavily coached on lines and is merely reciting a script. Frequently seen in the footage mouthing the lines he should be reciting. Hogg becomes flustered multiple times, is seen apologizing, and asking for re-takes. 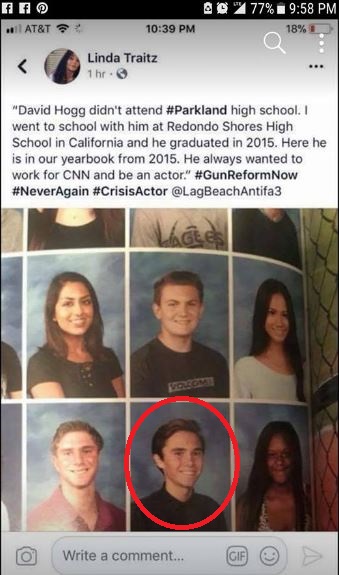 You will notice the PIGG HOGG belongs to Center for American Progress in the tweets above.

The Center for American Progress (CAP) is a progressive public policy research and advocacy organization. According to CAP, the center is "dedicated to improving the lives of all Americans, through bold, progressive ideas, as well as strong leadership and concerted action." The Center presents a liberal viewpoint on economic and social issues. It has its headquarters in Washington, D.C.

The president and chief executive officer of CAP is Neera Tanden, who worked for the Obama and Clintonadministrations and for Hillary Clinton's campaigns. The first president and CEO was John Podesta, who has served as White House Chief of Staff to U.S. President Bill Clinton and as the chairman of the 2016 presidential campaign of Hillary Clinton. Podesta remained with the organization as chairman of the boarduntil he joined the Obama White House staff in December 2013. Tom Daschle is the current chairman.

The Center for American Progress runs a campus outreach group, Generation Progress, and a sister advocacy organization, the Center for American Progress Action Fund (CAPAF). Citing Podesta's influence in the formation of the Obama Administration, a November 2008 article in Time stated that "not since theHeritage Foundation helped guide Ronald Reagan's transition in 1981 has a single outside group held so much sway". 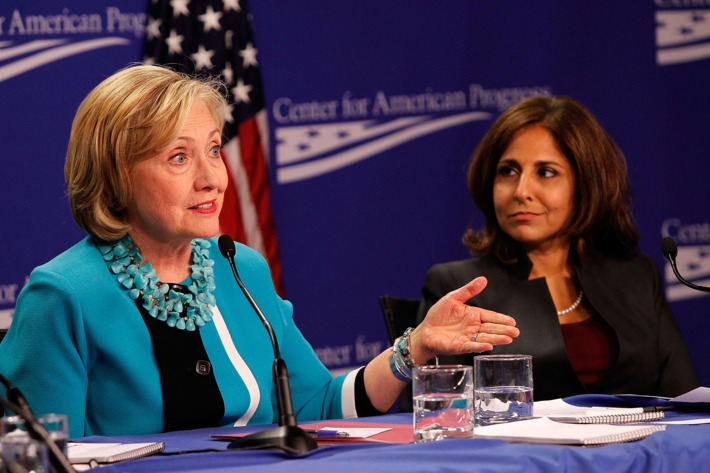 The Center for American Progress attracted controversy for email chains "attacking two major faith groups--evangelicals and Catholics" during theWikileaks hack of 2011 emails. The email chains were between Communications Director Jennifer Palmieri, Clinton campaign chair John Podesta and John Halpin from the Center for American Progress. Podesta did not respond in the email thread.

In one of these emails, "Many of the most powerful elements of the conservative movement are all Catholic (many converts) from the SC and think tanks to the media and social groups. It's an amazing bastardization of the faith. They must be attracted to the systematic thought and severely backwards gender relations and must be totally unaware of Christian democracy. I imagine they think [Catholicism] is the most socially acceptable politically conservative religion. Their rich friends wouldn't understand if they became evangelicals." Palmieri was reportedly referring to Rupert Murdoch raising his children as Catholics.

A leaked email revealed that Judd Legum, the editor of ThinkProgress, a site that’s part of the Center for American Progress Action Fund, had taken credit for preventing further writings by Roger Pielke Jr. on Climate Change dissent from appearing on the web site FiveThirtyEight.

The Center for American Progress is a 501(c) organization under U.S. Internal Revenue Code. In 2014, CAP received $45 million from a variety of sources, including individuals, foundations, labor unions, and corporations. From 2003 to 2007, CAP received about $15 million in grants from 58 foundations. Major individual donors include George Soros, Peter Lewis, Steve Bing, and Herb and Marion Sandler. The Center receives undisclosed sums from corporate donors. In December 2013, the organization released a list of its corporate donors, which include Walmart, CitiGroup, Wells Fargo, defense contractor Northrop Grumman, America's Health Insurance Plans, and Eli Lilly and Company.

In 2015, CAP released a partial list of its donors, which included 28 anonymous donors accounting for at least $5 million in contributions. Named donors included the Bill and Melinda Gates Foundation and the Embassy of the United Arab Emirates, which each gave between $500,000 and $999,999. CAP’s top donors include Walmart and Citigroup, each of which have given between $100,000 and $499,000.

Say no more the Soros mob attempting the takeover of the planet Earth.