THE LAWS OF THOUGHT

I'm sure many of you have been chastised for not accepting the party line on many issues. Frequently detractors resort to name calling or labeling. One of the most common is the CIA's conspiracy theorist label. Before that strategy the term was called deductive reasoning. If we review the masters as extolled here by Aristotle, we see the laws of thought. What is is. It cannot be contradicted or else it isn't. What contradicts cannot be part of the thought or truth because it doesn't fit. Most everyone bases their thoughts on their feelings and emotions. They cling to them dearly as a life essence. Most of these thoughts were planted by the generally well meaning ignorant. We have the power to prevent thought crime by learning and applying the laws of thought. It either is or it is not no matter how enchanting the story teller has been. Once a contradiction is encountered we know the truth. However, as extolled in the movie Network, "You can't handle the truth." Most people will delight in maintaining the lie. There is a reason for that. The lie like any stimulant feels good. It satiates our deeply seated often repressed desires. The harbinger of the truth is reviled for that and frequently ostracized if not outright punished.

I became a determined flat earther based on the law of non-contradiction. I was sold a round earth model. I believed it devoutly. However, upon questioning the beliefs it was clear there were many contradictions. Once they were relegated to the law of the excluded middle, I was left with the flat earth. We move at great speed which cannot be felt in the rotation or the alleged interstellar transit. We have an atmosphere. However, the laws of vacuum science require that atmosphere to be ripped away in a nano second. That leaves only one option. There is a barrier. Many have called it the dome. It's existence doesn't contradict the science. Therefore it is.

Many claim to have great knowledge of what is. They also include and attempt to explain away the contradictions of the excluded middle. It cannot be. To be or not to be that is the question. It is also the answer. What is is. It has to be. What is contradicted is not. It has to be.

I imagine much conflict could be avoided if we knew the laws of thought and were open to apply them. It doesn't matter that we believe fervently if it is not. Our existence, God and the universe is and modifications are not. The concept of speaking with the forked tongue detail the included middle that must be excluded. Form your thoughts well. You are your own thought police if you know and adhere to the law. 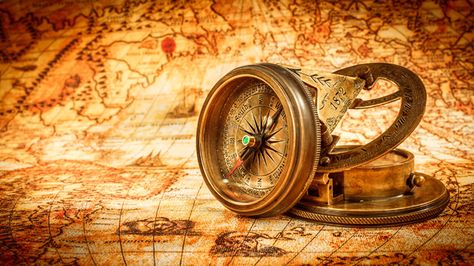 The following will state the three traditional "laws" in the words of Bertrand Russell (1912):

The law of identity

The law of identity: 'Whatever is, is.'

Regarding this law, Aristotle wrote:

First then this at least is obviously true, that the word "be" or "not be" has a definite meaning, so that not everything will be "so and not so". Again, if "man" has one meaning, let this be "two-footed animal"; by having one meaning I understand this:—if "man" means "X", then if A is a man "X" will be what "being a man" means for him. (It makes no difference even if one were to say a word has several meanings, if only they are limited in number; for to each definition there might be assigned a different word. For instance, we might say that "man" has not one meaning but several, one of which would have one definition, viz. "two-footed animal", while there might be also several other definitions if only they were limited in number; for a peculiar name might be assigned to each of the definitions. If, however, they were not limited but one were to say that the word has an infinite number of meanings, obviously reasoning would be impossible; for not to have one meaning is to have no meaning, and if words have no meaning our reasoning with one another, and indeed with ourselves, has been annihilated; for it is impossible to think of anything if we do not think of one thing; but if this is possible, one name might be assigned to this thing.)

More than two millennia later, George Boole alluded to the very same principle as did Aristotle when Boole made the following observation with respect to the nature of language and those principles that must inhere naturally within them:

There exist, indeed, certain general principles founded in the very nature of language, by which the use of symbols, which are but the elements of scientific language, is determined. To a certain extent these elements are arbitrary. Their interpretation is purely conventional: we are permitted to employ them in whatever sense we please. But this permission is limited by two indispensable conditions, first, that from the sense once conventionally established we never, in the same process of reasoning, depart; secondly, that the laws by which the process is conducted be founded exclusively upon the above fixed sense or meaning of the symbols employed.

— George Boole, An Investigation of the Laws of Thought

The law of non-contradiction

The law of non-contradiction (alternately the 'law of contradiction'[4]): 'Nothing can both be and not be.'

In other words: "two or more contradictory statements cannot both be true in the same sense at the same time": ¬(A∧¬A).

In the words of Aristotle, that "one cannot say of something that it is and that it is not in the same respect and at the same time". As an illustration of this law, he wrote:

It is impossible, then, that "being a man" should mean precisely not being a man, if "man" not only signifies something about one subject but also has one significance ... And it will not be possible to be and not to be the same thing, except in virtue of an ambiguity, just as if one whom we call "man", and others were to call "not-man"; but the point in question is not this, whether the same thing can at the same time be and not be a man in name, but whether it can be in fact.

The law of excluded middle

The law of excluded middle: 'Everything must either be or not be."

In accordance with the law of excluded middle or excluded third, for every proposition, either its positive or negative form is true: A∨¬A.

Regarding the law of excluded middle, Aristotle wrote:

As the quotations from Hamilton above indicate, in particular the "law of identity" entry, the rationale for and expression of the "laws of thought" have been fertile ground for philosophic debate since Plato. Today the debate—about how we "come to know" the world of things and our thoughts—continues; for examples of rationales see the entries, below.