Scientists can already produce viable artificial human eggs and sperm but earlier this month they took everything one step further when an invite only group of about 150 experts convened privately in London behind closed doors where they discussed the prospect of designing and building an entire human genome from scratch – using only a computer, a DNA synthesizer and raw materials.

The artificial genome that they ended up proposing would be inserted into a living human cell to replace its natural DNA and the hope is that the cell “reboots,” changing its biological processes to operate based on instructions provided by the artificial DNA.

The project, entitled “HGP Write: Testing large synthetic genomes in cells,” also hopes to develop powerful new tools that push synthetic biology into exponential growth on an industrial scale. If successful, we won’t only have the biological tools to design humans as a species — we would have the ability to redesign every corner, every aspect and every thing in the living world.

Synthetic biologists view DNA and genes as standard biological bricks that can be used interchangeably to create and modify living cells.

The field has a plug and play mentality, says Dr. Jay Kiesling, a pioneer of synthetic engineering at the University of California at Berkeley.

“When your hard drive dies, you can go to the nearest computer store, buy a new one, swap it out,” he says, “why shouldn’t we use biological parts in the same way?”

To accelerate the field, Kiesling and colleagues are putting together a database of standardized DNA pieces — dubbed “BioBricks” — that can be used as puzzle pieces to assemble genetic material completely new to nature. 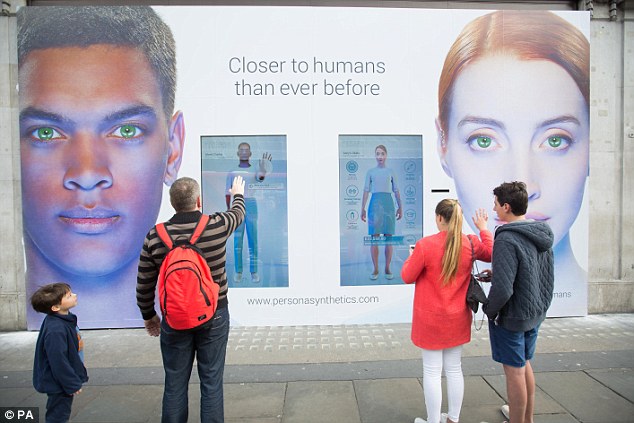 To Kiesling and others in the field, synthetic biology is like developing a new programming language. Cells are hardware, while DNA is the software that makes them run. With enough knowledge about how genes work, synthetic biologists believe that they will be able to write genetic programs from scratch, allowing them to build new organisms, alter nature and even guide the course of human evolution.

Similar to genetic engineering, synthetic biology gives scientists the power to tinker with natural DNA. The difference is mostly scale – genetic editing is a cut and paste process that adds foreign genes or changes the letters in existing genes. Often, only a few sites are changed.

Synthetic biology, on the other hand, creates genes from scratch. This allows scientists far more opportunities to make extensive changes to known genes, or even design their own and the possibilities are nearly endless.

The explosion of synthetic biology in the past decade has already churned out results that thrilled both scientists and corporations.

Back in 2003, Kiesling published one of the earliest proof of concept studies demonstrating the power of the approach. He focused on a chemical called artemisinin, a powerful anti-malaria drug extracted from sweet wormwood that’s often the last line of defense against the disease.

Yet despite numerous attempts at cultivating the plant, yields remain extremely low.

Kiesling realized that synthetic biology offered a way to bypass the harvesting process altogether. By introducing the right genes into bacteria cells, he reasoned, the cells could turn into artemisinin manufacturing machines, thus providing an abundant new source for the drug.

Getting there though was tough. The team had to build an entirely new metabolic pathway into the cell, allowing it to process chemicals otherwise unknown to the cell.

Through trial and error, the team pasted together part of dozens of genes from several organisms into a custom DNA package. When they inserted the package into E. Coli, a bacteria commonly used in the lab to produce chemicals, it created a new pathway in the bacteria that allowed it to secrete artemisinin.

With more tinkering to increase efficacy, Kiesling and his team were able to bring up production by a factor of a million and reduce the drug’s price more than 10 fold.

Artemisinin was only the first step in a much larger program. The drug is a hydrocarbon, which belongs to a family of molecules often used to make biofuels. So why not use the same process to manufacture biofuels? By swapping out genes used to make artemisinin with those coding biofuel hydrocarbons, the team has already engineered multiple microbes capable of converting sugar to fuel.

Agriculture is another field poised to benefit from synthetic biology. Theoretically, we could take genes used to fix nitrogen from bacteria, put it into cells from our crops to completely alter their natural growth process. With the right combination of genes, we may be able to grow nutrition-packed crops — directed by an artificial genome — that require less water, land, energy and fertilizers.

Synthetic biology may even be used to produce completely new foods, such as flavorings created through fermentation with engineered yeast, or vegan cheeses and other animal free milk products.

“We need to reduce carbon emissions and toxic inputs, use less land and water, combat pests, and increase soil fertility,” says Dr. Pamela Ronald, a professor at UC Davis. Synthetic biology may give us the tools to get there.

Practical applications aside, one of the ultimate goals of synthetic biology is to create a synthetic organism made exclusively from custom designed DNA.

The main roadblock right now is technological. DNA synthesis is currently expensive, slow and prone to errors. Most existing techniques can only make DNA strands that are roughly 200 letters long, whereas genes are usually over ten times as long. The human genome contains roughly 20,000 genes that make proteins.

That said, costs for DNA synthesis have been rapidly dropping over the past decade.

According to Dr. Drew Endy, a geneticist at Stanford University, the cost of sequencing an individual letter has plummeted from $4 in 2003 to a mere 3 cents now. The estimated cost of printing all 3 billion letters of the human genome at the moment is a staggering $90 million, although that is expected to drop to $100,000 within 20 years if the trend continues. 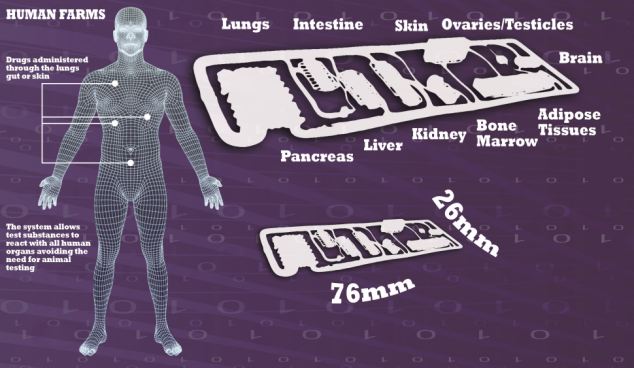 Back in the 90s, Craig Venter, best known for his leading role in sequencing the human genome, began investigating the minimal set of genes required to make life. Together with colleagues at the Institute for Genomic Research, Venter removed genes from a bacterium Mycoplasma genitalium to identify those critical to life.

In 2008, Venter pieced together these “essential genes” and built the entire new “minimal” genome from a soup of chemicals using DNA synthesis.

Several years later, Venter transplanted the artificial genome into a second bacterium. The genes took over and “rebooted” the cell, allowing it to grow and self-replicate — the first living organism with a completely synthetic genome.

From Bacteria to Human

The new venture, if funded, would replicate Venter’s experiments using our own genome. Given that the human genome is nearly 5,000 times larger than Venter’s bacterium, it’s hard to say just how much more difficult the synthesis might be and what the end results might be.

Even if that goal fails, however, the field is still bound to take a quantum leap forward. According to Dr. George Church, a leading geneticist at Harvard Medical School, the project could generate technological advances that improve our general ability to synthesize long strings of DNA — regardless of origin.

In fact, Church stressed that the project’s main goal is advancing technology.

But many are skeptical. According to Endy, who was invited to the meeting but decided to bow out, the project was originally named “HGP2: The human genome synthesis project,” and its primary goal was “to synthesize a complete human genome in a cell line within a period of 10 years.”

It’s perhaps not a surprise that news of the meeting caused a stir.

Regardless of its actual goals, the project raises the prospect of building custom-designed humans, or even semi-humans who have computers as parents.

The associated risks are easy to imagine and undoubtedly terrifying such as how safe is it to directly manipulate or build life? How likely are accidents that unleash new organisms on an unprepared world? Who owns and has access to the technology? Would it breed new discrimination or further separate the 1% from the 99%?

“You can’t possibly begin to do something like this if you don’t have a value system in place that allows you to map concepts of ethics, beauty, and aesthetics onto our own existence,” says Endy.

“Given that human genome synthesis is a technology that can completely redefine the core of what now joins all of humanity together as a species, we argue that discussions of making such capabilities real… should not take place without open and advance consideration of whether it is morally right to proceed,” he said.

Farms of 'artificial humans' to replace animal testing within three years, say experts as they develop microchips which mimic our organs perfectly

In my opinion this never meant paintings, photographs, or statues. It was replicating life without the knowledge of the creator because if we made the slightest mistake, the whole creation would be destroyed. We will know the meaning of that all too soon I fear. This research also proves we were created not evolved.