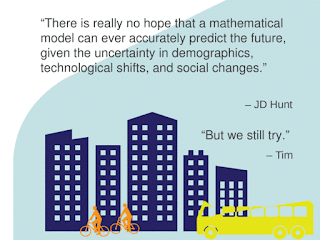 A recent article in the Marin Independent Journal, reveals how Transportation Authorities (DOT's) across the country, are secretly spying on everyone's cellphones, GPS devices and Bluetooth devices. They claim spying is cheaper than other alternatives..

A new study using data collected from mobile devices, details the increasing flow of vehicles into Marin from the East Bay and San Francisco. The DOT claims that "only mobile signals are tracked, not the user’s identity."

"TAM’s model development Consultant, Fehr and Peers, have piloted the use of extremely large data sources, referred to as “Big Data” collected from mobile phones, GPS devices and automobiles to provide a cost effective approach to once burdensome system of mail surveys, traffic counting and license plate reader technology."

The Feds are no longer content, using anonymous traffic counting and mail surveys. They want to spy on every electronic device we have, which includes connected vehicles.

Feds have been spying on connected cars for 15 years

A connected car knows where you are and constantly tracks your driving habits. Vehicles equipped with OnStar or Hyundai Blue Link have two-way links that relay GPS data to service providers and the DOT.

A recent article in Forbes.com warned the Feds have been spying on connected cars for 15 years.

"It was little surprise to find General Motors (GM) had repeatedly worked with cops to hand over not just location but also audio, where conversations were recorded when the in-car cellular connection was switched on..." (Click here to read a 2015 privacy report on how today's vehicles spy on everyone.)

Last year, I warned everyone that state DOT's are using Bluetooth detectors to identify motorists, passengers and pedestrians.

By combining a license plate or a phone number with a Bluetooth serial number, it’s possible to track citizens via their phone, Robertson said.

USDOT creates program to spy on everyone

The USDOT's, Active Transportation and Demand Management (ATDM) or Travel Demand Modeling (TDM) programs were created, so the Feds could spy on everyone's electronic devices.

At approximately 2:00 minutes into the video the Feds claim that spying on people's electronic devices is about safety. And at approx., 3:00 minutes the Feds say that if you've ever complained about traffic signal coordination, speed limit signs that don't reflect conditions or parking lots that don't let motorists know if they're full, you're campaigning for ATDM or Federal surveillance.

DocSlide's PowerPoint presentation about TDM reveals intimate details of DOT spying, like vehicle occupancy, time of day travel, where they're going and whether people work from home or are being home schooled etc. (Click here to find out about PA's spying Intelligent Transportation System)

USDOT's national plan to spy on electronic devices in real-time

"The goal of this project is to enable Analysis, Modeling, and Simulation (AMS) tools to be validated and calibrated based on detailed vehicle trajectory level data, which will improve the accuracy of AMS tools. Because AMS tools are often used in transportation planning decision-making, and increasingly in a real-time ATDM operational environment..."

Below, is a partial list of states using TDM to spy on motorists:

The USDOT National Academies of Sciences Engineering Medicine (NASEM), received a $700.000 grant to create a real-time TDM system. Fyi, the NASEM is part of the Transportation Research Board.

Last year, I warned everyone that DHS, the TSA and the USDOT are working together to create a national commuter surveillance system.

"TSA, on behalf of DHS, is a co-Sector Specific Agency alongside DOT and USCG for the transportation sector. DOT and TSA work together to integrate safety and security priorities."

The USDOT, DHS and the DEA use things like highway cameras, license plate readers, Smart Cities, etc., to spy on everyone.

33 ways the DOT spies on everyone:

The USDOT has become a surveillance monster, no one is safe from their prying eyes. If a nationwide cell phone, Bluetooth and license plate surveillance system, doesn't get American's to act, what will?.

And they ridicule Trump because he's spied on. We're all spied on 24/7.