What's That Under Hillary's Pantsuit During Last Night's Debate?

Images appear to show box with wire hidden beneath her clothing

Photos from last night’s presidential debate appear to show Hillary Clinton with some kind of device hidden under her clothing.

Images being circulated on Twitter show what appears to be the shape of a box under Hillary’s red pantsuit, with a wire from it running up her back.

As the World Tribune reported on Sunday, presidential debate moderators are not allowed to wear earpieces during the debates, but the Federal Election Commission refused to rule out the use of communications devices for candidates.
Earlier this month, the Clinton campaign was forced to deny claims that Hillary was wearing an earpiece during the presidential forum on September 7th.

Some assert that the box is connected to a wireless lapel mic and that both candidates were wearing them, which is the likeliest explanation, although the podiums were also fitted with microphones.

Twitter users even speculated that the device was an instrument that sends impulses to the brain to alleviate symptoms of Parkinson’s disease. 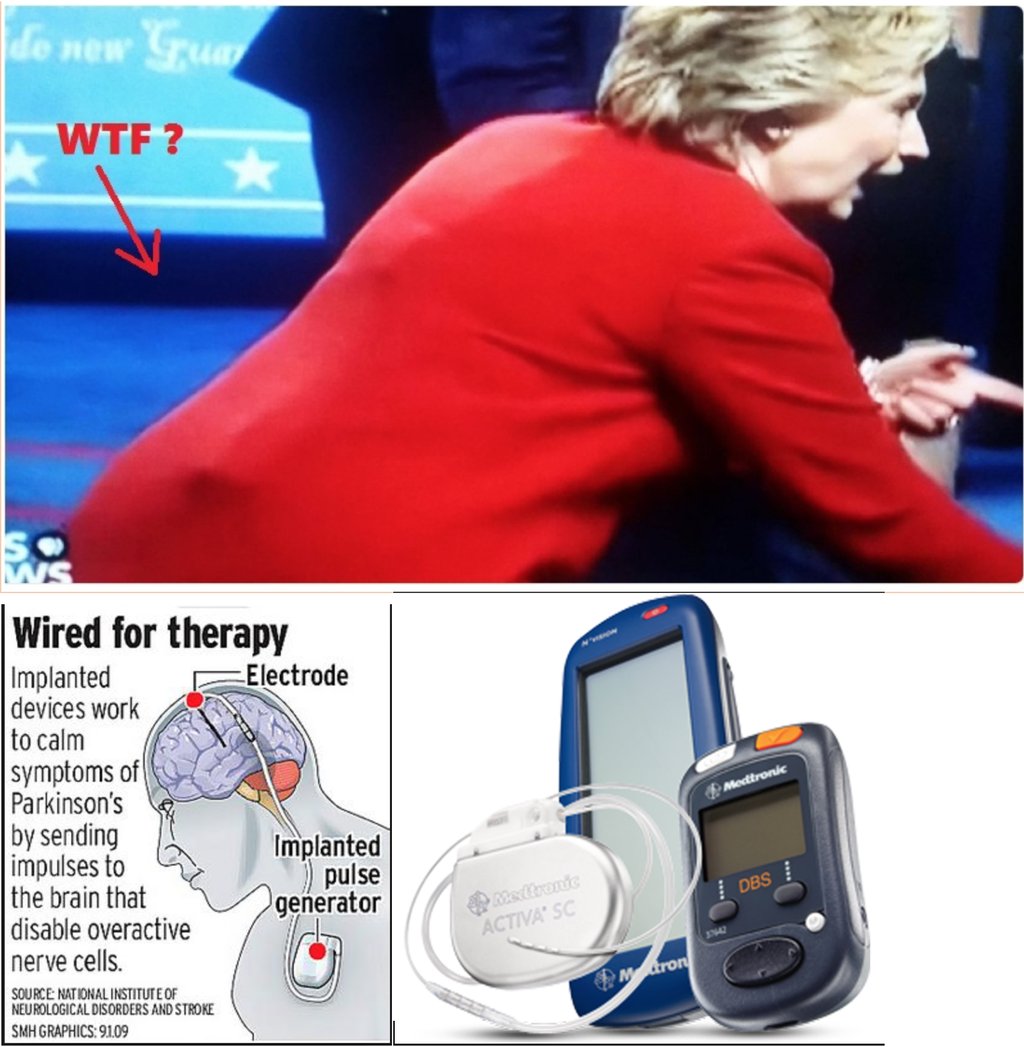 While that’s somewhat of a stretch, it does look like there is something hidden under Hillary’s pantsuit.
What do you think? Let us know in the comments below.
http://www.infowars.com/photos-whats-that-under-hillarys-pantsuit-during-last-nights-debate/