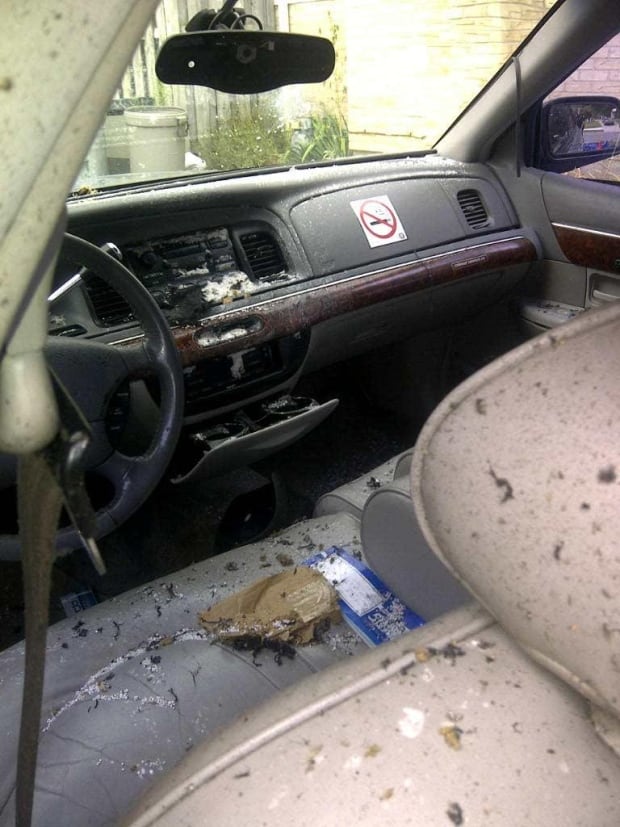 Images released by the RCMP show the damage to a taxi after Aaron Driver detonated an explosive device while he was sitting in the back seat. (RCMP)

Something seems to be missing in this image. There's no radio although modern phones may make that obsolete in the industry. There's also no meter. I've never seen a taxi without a meter. 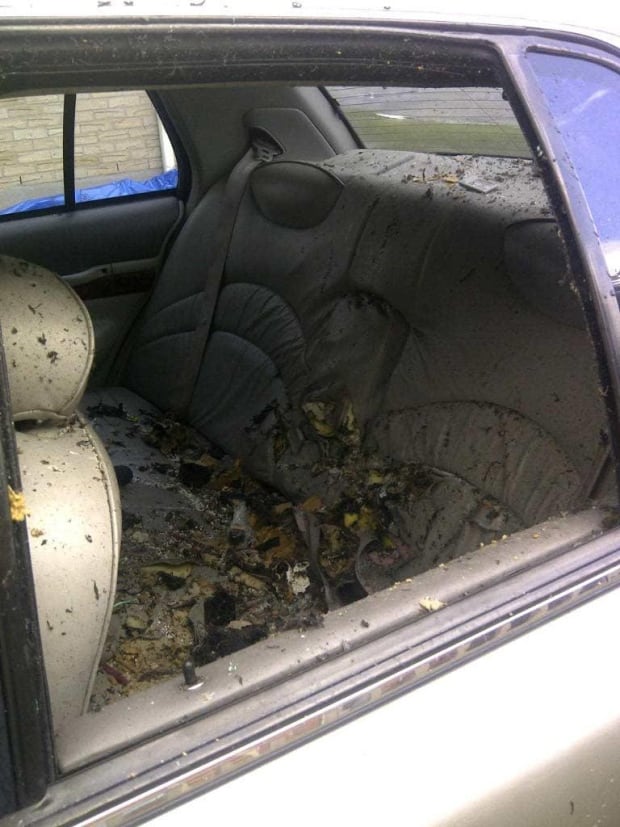 The cab driver sustained minor injuries and is now resting at home according to the company he works for. (RCMP)

There are a few things fishy with this case. First how could the detonated explosive be powerful enough to kill Driver and not injure the driver enough to even warrant a hospital stay? The image of the back seat has no blood stains. If he had blown himself up or been shot by the police, we would expect that. If the concussion from the explosion was the cause of death and not massive trauma injury, then why was the driver not killed or more seriously injured? In light of the recent Nuttal terrorism acquittal in British Columbia, have RCMP patsies served their purpose? Was the future terror operation stalled as a result of knowledge by the general public on exactly how these events are orchestrated? Did U.S. security officials blow the cover off an impending operation by notifying RCMP outside of the control group? Is that why he stayed off the radar even though he was officially on the 'official' radar? These are questions arising from a thoroughly informed public and alternative media inured to the arts of the intelligence agencies. The damage in the cab looks more in line with a flash bang or stun grenade not an IED. So it appears the fall back position was take the operative out of circulation and get as much mileage out of the event as possible. 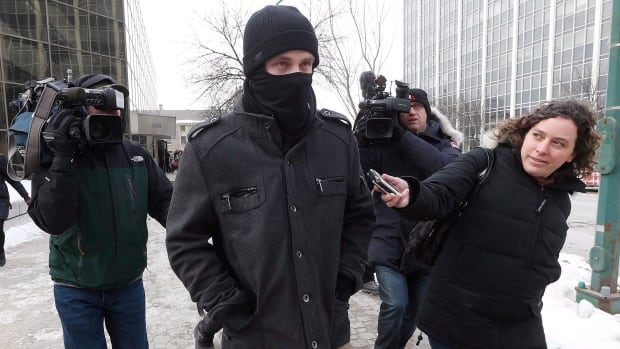 Aaron Driver making a court appearance. The media hype has all the hallmarks of a potential false flag terror event. How many individuals do we have in supervised custody? Why wasn't he being watched more closely? Why would American security officials pick him up as a growing threat while ours did not? I think the answer is clear. He was being 'groomed.' Witnesses imply that the possible cab driver was extricated from the vehicle and forced to move on his knees on the sidewalk. RCMP close road near the scene of the action

For those who don't know, the RCMP do not do much policing in Ontario except to enforce federal laws like customs, immigration and narcotics. They provide consulate security and VIP security. There really aren't a whole lot of uniformed personnel at their disposal for a mass operation on short notice. However, if this was a 'movie set' as one of the witnesses described then that would be different.

Rural policing falls under the auspices of the Ontario Provincial Police. Strathroy has its own police department as well. The RCMP have an office in nearby London, Ontario. If this panned out as they claimed, I would have anticipated the uniformed contingent to be local police and the OPP perhaps with City of London police providing further support. To get any sizable regular RCMP into town implies some preparation. That tells us this was not a reaction to the U.S. tip, but a national security exercise of patsy removal. 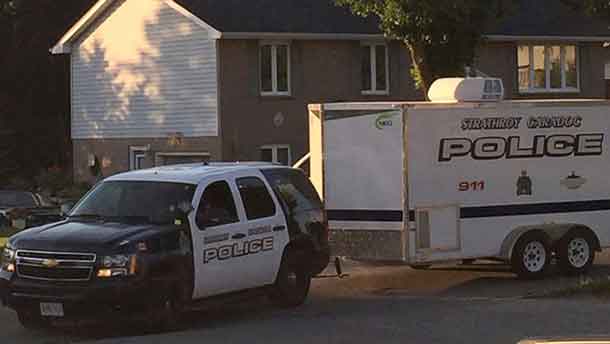 Local police do seem to be involved

This is an OPP tactical unit and uniformed officer

So we must compliment the police for their rapid deployment under trying circumstances if that was indeed the case. Usually mass mobilizations take some degree of time and imply serious planning. If that was the case, then the world is still a stage and every actor still plays his part having their entrances and exits. The bigger the exit, the more likely the script was written for mass appeal effect to further the military industrial complex and keep us from looking at the corruption in government and other places. Enjoy the smoke and mirrors. It's all you get since they no longer send in the clowns.