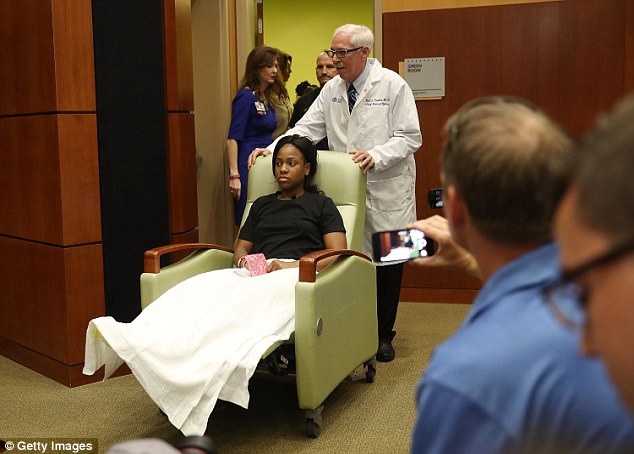 A YouTube video first said Carter (pictured earlier this week arriving to speak to the media) was a 'crisis actor', which conspiracy theorists claim is a person hired by the media or by government bodies

Patience Carter, 20, was among the 53 people injured at Pulse nightclub

They also claimed the attack, which left 50 dead including the shooter, was staged, as the theory spread on social media

She told skeptics on Instagram: 'Your outrageous insensitivity that makes me want to heal even faster, and grow even stronger' 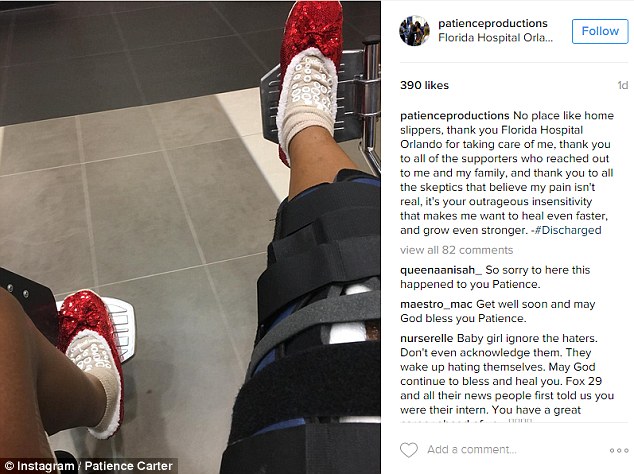 This woman was not shot. She has no swelling or even the remotest look of having recent surgery. She has absolutely no PTSD. Hardened combat soldiers have PTSD. Actors do not. I worked in the holdup business for many years. A lot of my colleagues were shot. They were in no shape for company never mind media briefings. They suffered for long periods often many months at least to face the return to life. The physical marks on their bodies were readily apparent yet they were shot with far less powerful weapons. 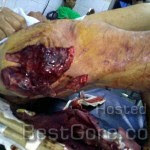 Now that's shot. .223 round through the leg in accidental discharge in Philippines military. Now look at Carter and say I have little Patience for BULLSHIT! 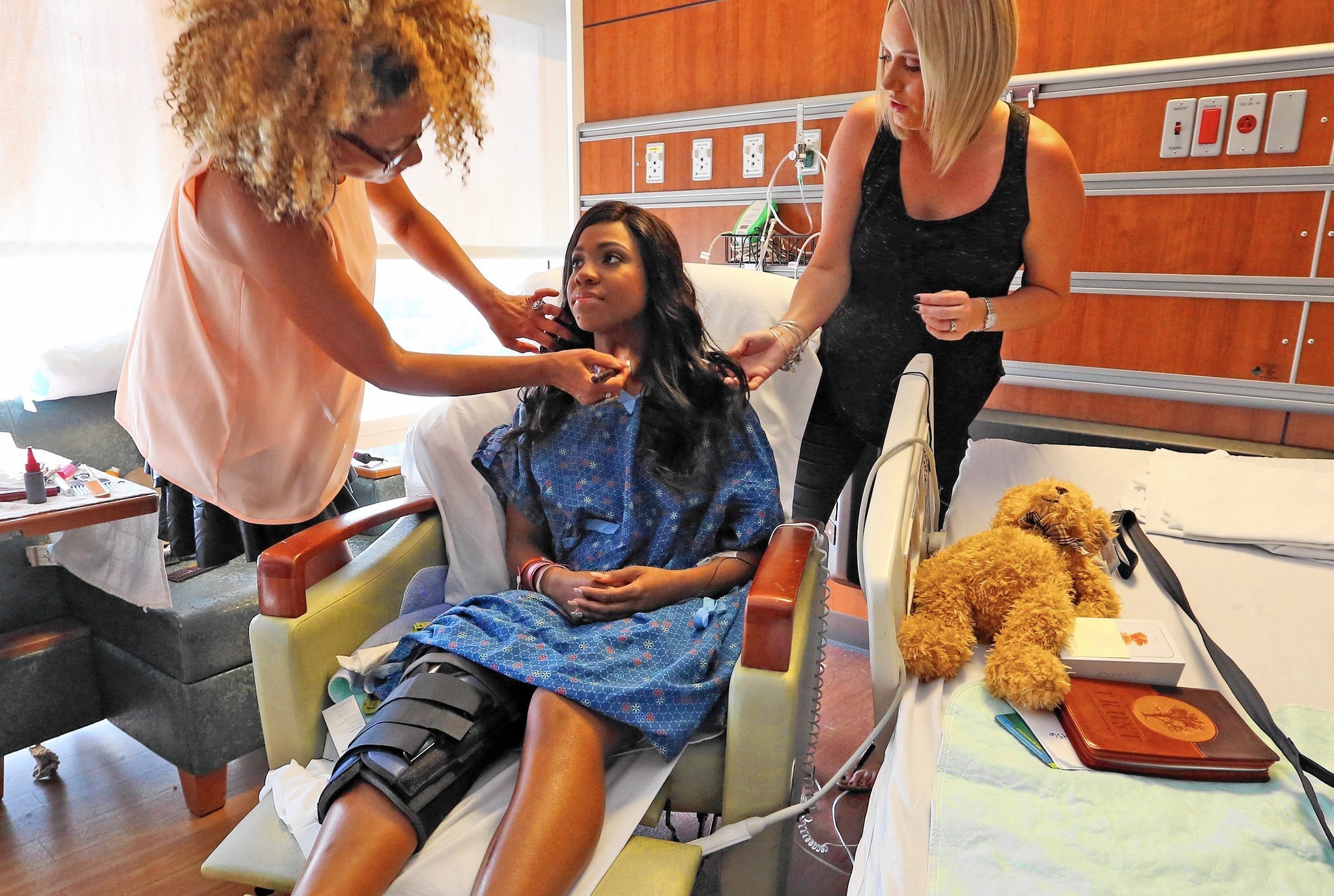 Marjorie Robinson, left, and Sarah Brink ,right, hair and makeup artist glam-up Patience Carter, center at her Florida Hospital Room Thursday, June 16, 2016 before she meets President Obama in Orlando today. Patience Carter layed on the floor with gunshot wounds to both her legs while her captor, gunman Omar Mateen, terrorized her and several others in a bathroom at the Pulse nightclub. Red Huber/Staff Photographer) (Red Huber / Orlando Sentinel)

Like the grass at the Pentagon on  9/11 that doesn't burn our actor has amazing skin that resists blunt trauma from bullet wounds. There is a Doomsday Preppers episode where a guy was shot in the finger with a .22 rimfire. He dropped like a stone. He didn't get up. He went into shock.