At least 77 people are killed and hundreds injured after powerful 7.8 earthquake strikes off the central coast of Ecuador 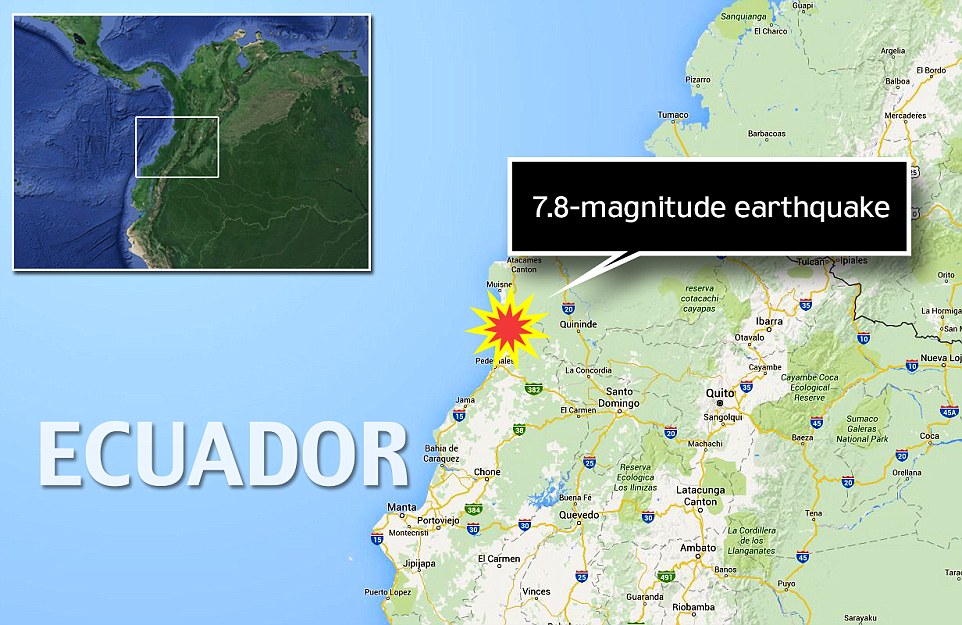 The U.S. Geological Survey said the quake was centered 16 miles south-southeast of Muisne on the country's coast

It sent residents fleeing for their lives and was felt as far away as Colombia, where it shook Cali and Popayan 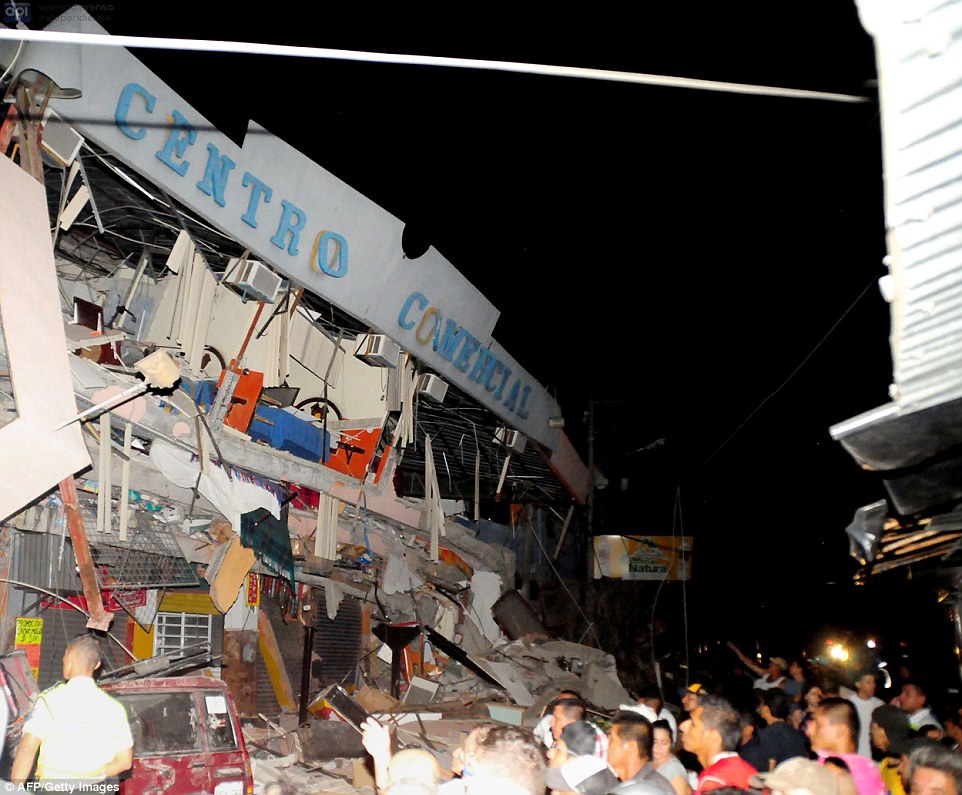 A powerful, 7.8-magnitude earthquake shook Ecuador's central coast on Saturday night, killing at least 77 people and spreading panic hundreds of miles away as it collapsed homes and buckled a major overpass 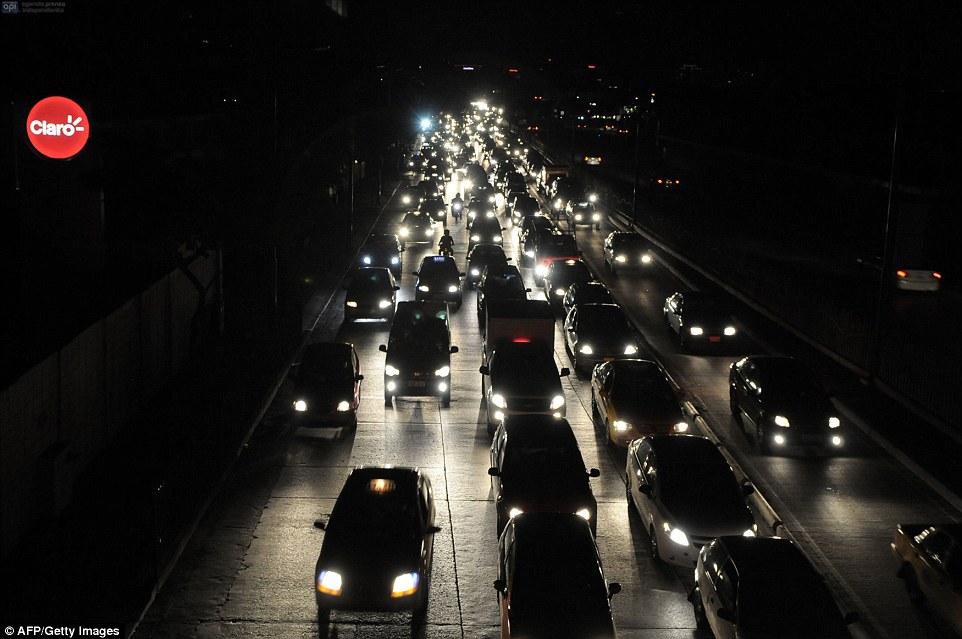 Is the ring of fire coming alive?

Magnitude 6.5 quake hits off coast of Pacific nation of Vanuatu 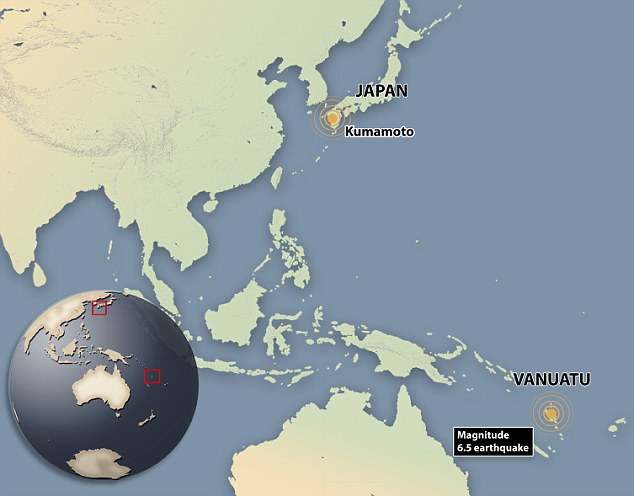