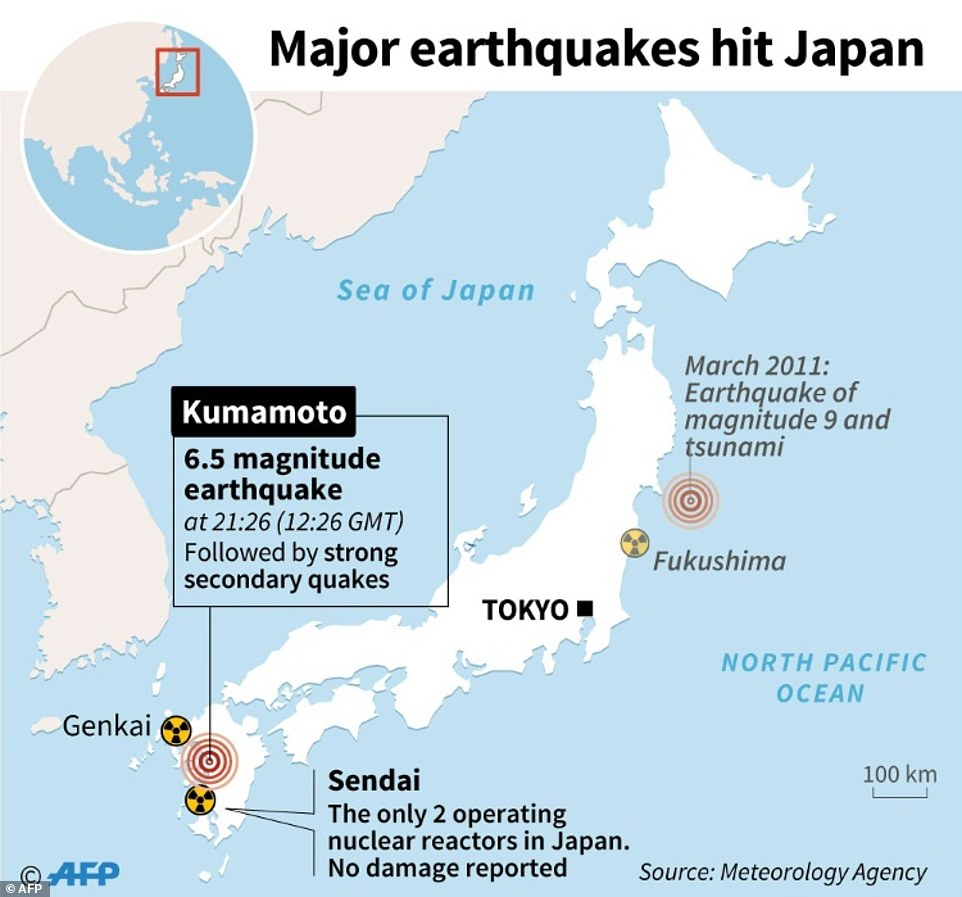 In total, more than 100 earthquakes rocked the region after the first hit, and officials warned this could continue for a week or so

Epicentre was near the city of Kumamoto and measured at a depth of 40 km (25 miles), say U.S. Geological Survey

6.4 magnitude quake struck Thursday killing ten, and 26 deaths have been recorded so far after the Friday shock

Landslides and road damage hampering rescue efforts, 410,000 homes without water and 200,000 without electricity 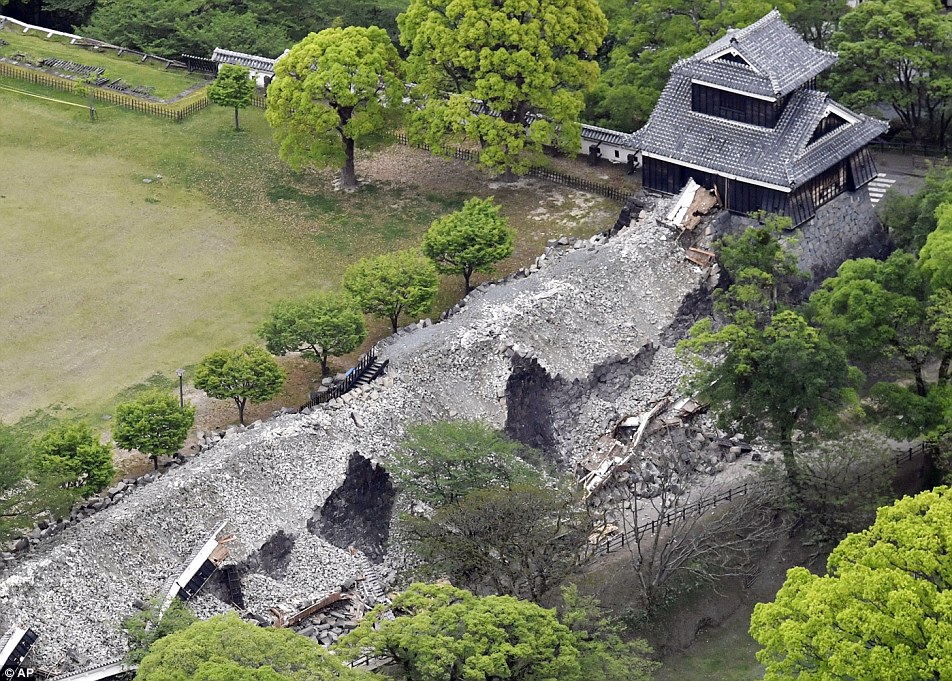 Toppled: The fortification in Kumamoto has stood as one of Kyushu's icons ever since it was built in 1607 by Kiyomasa Kato. He was a veteran military campaigner and feudal lord who took part in the reunification of Japan, which had been ravaged by a century of war

It's funny the Japanese after suffering so much in recent years have failed to understand the effects of karma. They were unwilling to ever own up to the bad karma they wrought from WWII. Hardliners say they did no wrong and were justified in all their actions. A wiser person might own up to the bitter truth before the island fractures into pieces and sinks into the sea.

Of course the location of the epicenter between the only two functioning nuclear power plants suggests a little 'conspiracy' to me.