Ireland honours its fallen 100 years after the Easter Rising: Thousands line the streets as the President lay a wreath as part of the centenary commemoration ceremony 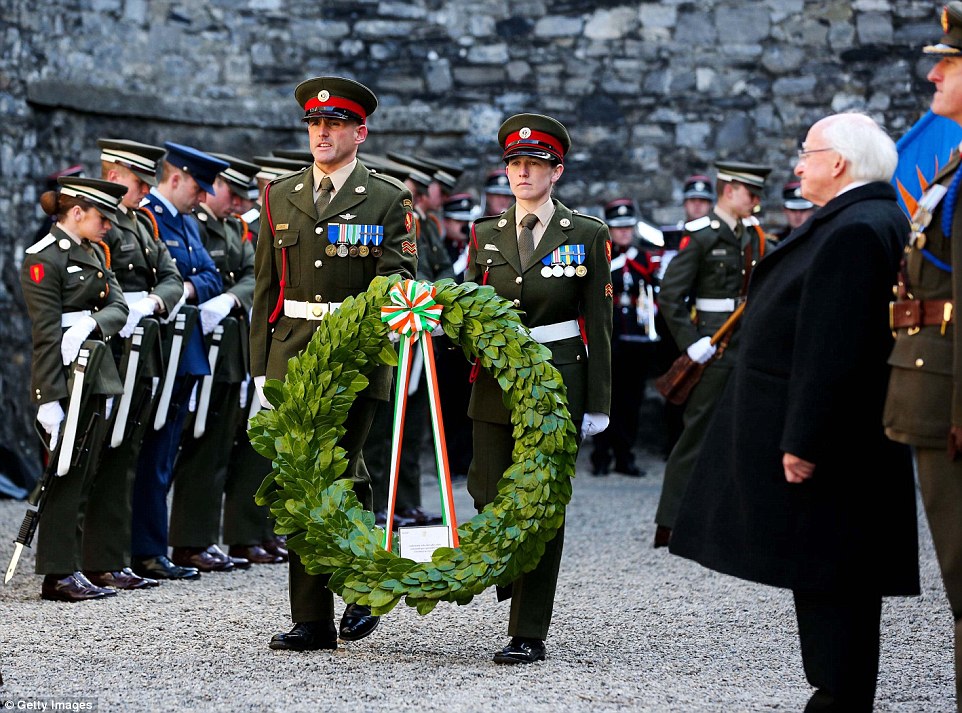 15 revolutionaries were executed in 1916 for their part in an uprising against British rule, known as the Easter Rising

Sinn Fein leader Gerry Adams addressed parade in Belfast, saying that the 'scourge of sectarianism must be tackled' 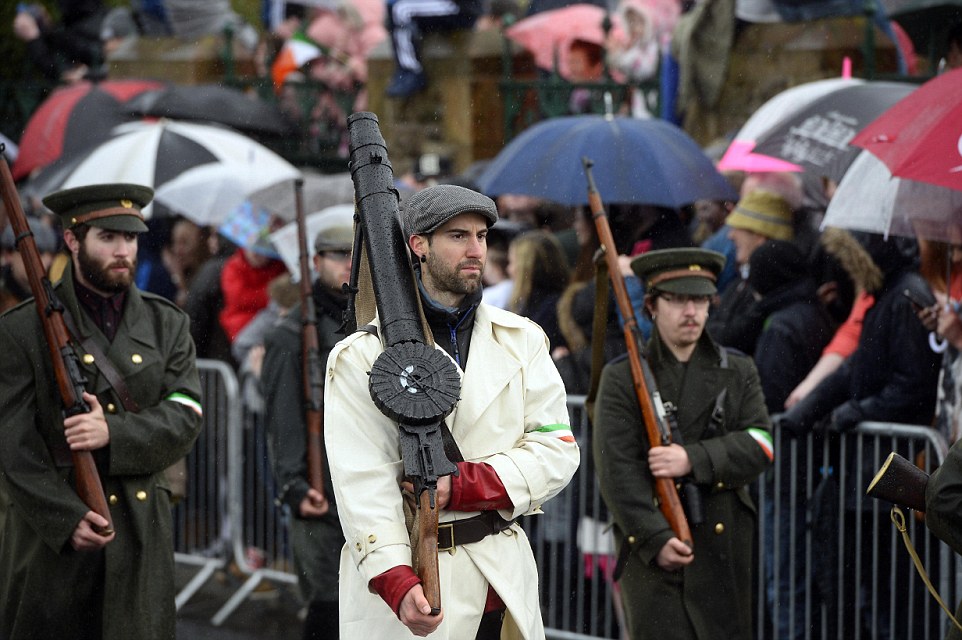 There were re-enactments of the uprising, which was followed by executions, and minister praised the courage and ideals of the men who led that revolution 100 years ago

What a difference a day makes.