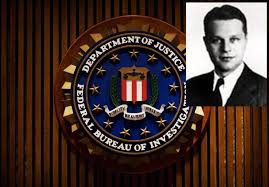 A crest of the Federal Bureau of Investigation is seen in August 2007 inside the J. Edgar Hoover FBI Building in Washington, DC; inset, Special Agent Harold Haberfeld.

BY THE ASSOCIATED PRESS


BUFFALO, N.Y. — FBI Special Agent Harold Haberfeld’s ill-fated mission to North Africa during World War II was so secret that even now, 69 years after the plane crash that kept him from completing it, his home bureau in Buffalo isn’t entirely sure what his role was.

As Buffalo agents dedicated a memorial in Haberfeld’s honor on Thursday, they said they’re asking FBI headquarters in Washington to declassify the information.
“Special Agent Haberfeld never reached his final destination,” Buffalo Special Agent In Charge Christopher Piehota said. “Due to the covert nature of his national security mission, we still do not know what his final objective was.”
What is known is that the assignment had come from FBI Director J. Edgar Hoover at the request of Gen. Dwight D. Eisenhower. The FBI at the time was tasked with counterintelligence and intelligence collection duties in South and Central America.
“In November of 1942, the allied forces under Eisenhower stormed the beaches of North Africa and we took Algeria and Morocco,” James Robertson, the Buffalo office’s former special agent in charge, said at Thursday’s ceremony. “There was some information that the allied forces had captured an individual that collaborated with the Nazis and so Eisenhower actually contacted Director Hoover and asked him for a couple of agents to go over to North Africa to interview this individual.”
The prisoner was a French-born American citizen living in Algiers, the FBI said.
Chosen for the task was Percy “Sam” Foxworth, the assistant director of the FBI’s special intelligence services branch, and Haberfeld. While only a year into his FBI career, the 30-year-old Buffalo agent had lived and worked as an accountant in Algiers and was fluent in French, German and Portuguese.
But on Jan. 15, 1943, the C-54 plane carrying the two agents and 33 military and other personnel went down in Suriname on the northern coast of South America in what was the worst American aviation disaster to date. Although sabotage was at first suspected, mechanical failure was found to have caused the crash.
Wreckage was strewn across a mile and a half of dense jungle. It would be five years before the victims’ scarce remains, contained in a single casket, would be returned to the United States. They’re buried at the Jefferson Barracks National Cemetery in Missouri.
“Sam Foxworth was one of my most capable assistants,” Hoover wrote afterward, according to the FBI. “... And Special Agent Haberfeld had an outstanding record in the service. His excellent background and superior abilities were assurance of a splendid future in the Bureau.”
The reason for the FBI agents’ presence on the plane was a mystery to the public for a year, until the man they were going to question killed himself after being brought to Miami to be prosecuted for treason, according to a Feb. 20, 1944 Los Angeles Times article. Charles Bedaux, a 57-year-old millionaire industrialist who admitted close friendships with Nazi party leaders, overdosed on the “sleeping compound” he’d saved from small doses given to him, the report said.
“Bedaux’s death enabled officials to reveal the answer to a year-old mystery — what two Federal Bureau of Investigation agents were doing aboard a plane which crashed in the South American jungles in January 1943 while en route to North Africa,” the newspaper said. “Attorney General (Francis) Biddle revealed that he had dispatched the agents ...to investigate Bedaux’s activities.”
The FBI Buffalo office dedicated its main conference room to Haberfeld during an outdoor ceremony attended by current agents and a representative from Haberfeld’s alma mater, Geneva College in Pennsylvania, where he held leadership positions in the French and Spanish clubs and played intermural football and basketball before graduating in 1934.
http://www.nydailynews.com/new-york/fbi-agent-killed-secret-mission-north-africa-world-war-ii-shrouded-mystery-article-1.1080648 Those of us who are familiar with the intelligence history of the world are most likely onto the scent. A pun is intended because the author of the Lassie Come Home, Eric Knight, was on the plane too. Since most of us have had our minds programmed by control words like conspiracy that shut off our deductive reasoning skills, we are unable to see the reality. Harold was an accountant. Money is the primary concern of the mission. Percy Foxworth was the Asst. Director in charge of South and Central American intelligence. The Germans laundered their money through the region. Commandeering ill gotten gains can hardly be proved a crime because the source is deemed suspect from the outright. I would bet on the dead men tell no tales scenario. Percy also handled an agent named Dusko Popov. He was gathering intelligence on ports specifically Pearl Harbor. The nature of the intelligence he was collecting left no doubt the facility would be attacked and soon. In hindsight we know that was true. Hoover never reported the matter letting the attack proceed.

Of course the myth of the surprise had to be maintained at all costs. The extended time for declassification points here because the Australians have made the loss of the HMAS Sydney classified forever. It was sunk after a battle with the German AMC Kormoran. That's like little me knocking out the heavyweight champ hardly likely. It is speculation the German ship rendezvoused with the only friend it could have in that part of the world the Japanese with a submarine.  That was November 19, 1941. What would happen if the Japanese were responsible for sinking an allied ship before Pearl Harbor? The war would have started early and America might not have been in it. The surprise attack galvanized support almost 100% for the war. The isolationists were defeated. It was an amazing turnaround for Winston Churchill. That is how wars are fought by the way. You can read the declassified cables in Day of Deceit. 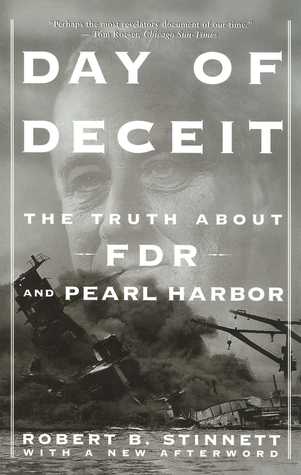 Back to the theft of ill gotten gains, in the Merkers Mines the stolen Nazi war booty was discovered. Generals Eisenhower, Bradley and Patton were there. Bradley told Patton, "It's just like WWI hey Georgie. Finders keepers." Patton wanted to return the money to the victims and rebuild Europe with it. That started the mystery of the Nazi gold and the death of George Patton in a car crash. Eliminate his intimate knowledge and remove a presidential contender in one covert action.

Suitable for framing
Charles Bedaux was very close friends with the Duke and Duchess of Windsor. Edward was the former king. His wife a German spy. They stayed at his French castle for their unsanctioned wedding. He would have been privy to all the intelligence as to the start of the war in Europe. Mrs. Simpson reported the positions of the allies to the Germans. They knew exactly where to strike. The blitzkrieg was part myth really. Churchill even considered having the Duke assassinated. He was exiled to Bermuda as Governor instead. Von Ribbentrop gave her a carnation for every time he screwed her. She filled the cemeteries of Europe screwing us. So we don't need to declassify the records. We need to read books, put our thinking caps on and do deductive reasoning. Therein lies the mystery solved. Be careful near the dark side. Dead men tell no tales. These two are part of a long list.

Did Six FBI Agents die before they could testify before the Warren Commission?

FRONTLINE: The Man Who Knew

Above: John O'Neill's official FBI photo
As we approach the tenth anniversary of the tragic events of September 11, FRONTLINE rebroadcasts the extraordinary saga of FBI special agent John O’Neill titled "The Man Who Knew."
As the bureau’s top counterterrorism agent, O’Neill—who investigated the bombings of the U.S. embassies in Africa and the attack on the USS Cole—joined then national security counterterrorism co-coordinator Richard Clarke in believing that the United States should kill Osama bin Laden before Al Qaeda launched a devastating attack on America.
Richard Clarke, then speaking in his first major interview, talks about O’Neill’s battles with the FBI top brass who found O’Neill’s James Bond style an anathema. Forced out of the job he loved, O’Neill took a new position in the private sector—as head of security at the World Trade Center, where he was killed on September 11. The story of O’Neill’s life and death provides a rare glimpse inside the FBI and helps answer the question: What did the government know?
http://www.kpbs.org/news/2011/aug/19/frontline-man-who-knew/