Man, 22, who left Trump visibly shaken after rushing the stage at his Ohio rally is a former child actor who caused uproar last year by standing on the American flag in anti-racism demo 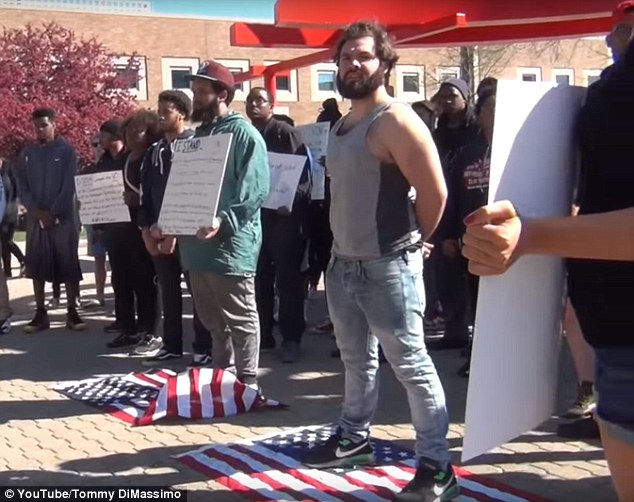 Students, including Dimassimo, were then recorded and photographed (above) standing on American flags and holding signs saying, 'Not my flag'

Thomas Dimassimo, 22, was arrested for disorderly conduct and inducing panic after rushing the stage at Donald Trump's rally in Ohio Saturday

Dimassimo appeared in minor rolls on 'House of Payne' and 'Reno 911!' as a child and is in his fourth year studying acting 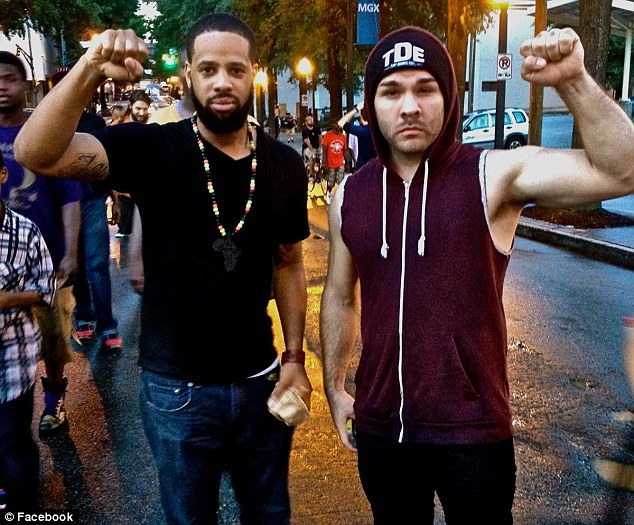 Dimassimo helped lead an anti-racism protest in April 2015 while he was a junior at Wright State University. File photo above

Now that we know who he is think back to various mass shootings and other false flag events for a complete agent provocateur and traitor to the Republic and the flag for which it stands.